A Great Jewish Library’s Uncertain Future: What Will Happen to the Valmadonna? 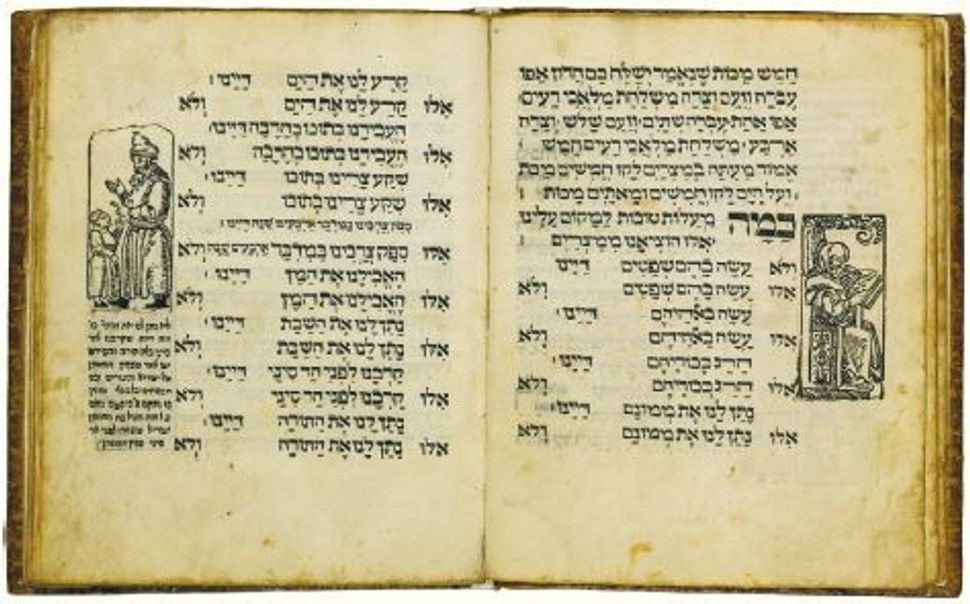 A copy of the 1556 Prague Haggadah. Image by COURTESY OF SOTHEBY?S NEW YORK, THE VALMADONNA LIBRARY TRUST

All of a sudden, the future of one of the great contemporary treasures of Jewish culture is clouded with uncertainty. The treasure in question is the Valmadonna Trust Library, a collection of some 13,000 Hebrew books that had been systematically and assiduously assembled over the last 50 years by a relentless English businessman named Jack Lunzer. This library — the world’s most important private collection of Jewish manuscripts and printed books — was sold on December 16 at Sotheby’s in a sealed-bid auction to an unknown buyer. While we do not yet know what will happen to the library, its possible disappearance as an integral collection would be a colossal loss to Jewish culture. 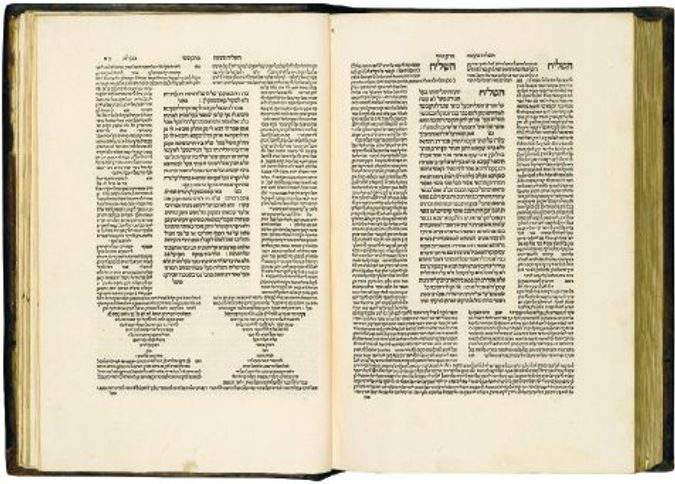 Some Collection: A complete set of Daniel Bomberg?s 16th-century edition of the Babylonian Talmud is among the treasures of the Valmadonna Trust Library. Image by COURTESY OF SOTHEBY?S NEW YORK, THE VALMADONNA LIBRARY TRUST

Valmadonna’s collection includes many extraordinary trophy pieces — a magnificent Bible written in England in 1189 C.E., a beautiful Psalter from early-15th-century Italy and a mint-condition complete set of Daniel Bomberg’s first edition of the Babylonian Talmud, printed from 1519 to 1523, that once belonged to Westminster Abbey. But Valmadonna’s real pride was its comprehensive collection of Hebrew printed books, beginning from the earliest Hebrew printings from Rome from around 1470, some mere 15 or 20 years after Gutenberg printed his famous Bible, and up to the beginning of the 20th century.

In a feat that no one ever attempted before him, and that will never be possible to replicate, Lunzer collected a copy of nearly every edition of every book ever published in Venice, Krakow, Prague, Sulzbach, Amsterdam, Constantinople, Calcutta, the Jewish communities of Ottoman and then British Palestine, and a host of cities and small towns all over the world — Eastern Europe, North Africa, remote areas of Asia — many of whose names are known almost only from their appearance on frayed and yellowing title pages. Even if many of these books can be found separately in other great collections of rare Hebraica like at Oxford’s Bodleian Library or the library of the Jewish Theological Seminary, nowhere else could all these volumes — in effect, a sweeping history of the Jewish book — be found in one site, so meticulously gathered into a single collection, and in such good condition.

When Sotheby’s first put Valmadonna up for sale almost two years ago, the auction house exhibited the entire collection — every manuscript and book — in its showroom on the East Side of Manhattan. Once word of the exhibit got out, Jews and gentiles alike flocked to see it, waiting in lines that snaked around blocks outside Sotheby’s. And for good reason. The most spectacular manuscripts and printed books lay flat in numerous glass cabinets where you could stare down at their title pages, while on 20-foot-high shelves lining the walls of the immense showrooms, the imprints of all the cities and towns of the inhabited Jewish world over the last 600 years loomed above and around you.

The exhibition was the closest one could ever come to seeing the entire Jewish people in its generations gathered in a single enclosed space. There is a famous rabbinic legend to the effect that when Moses received the Torah at Mount Sinai, not just the Israelites who had left Egypt in the Exodus but the soul of every Jew past and present stood at the foot of the mountain. Looking at Valmadonna at Sotheby’s was like standing at Sinai.

The palpable effect of the exhibit upon everyone who viewed it only hints at the extraordinary importance of the Valmadonna collection. For scholars, the library offered enormous opportunities for research of all sorts, from the history of the book in Jewish culture, to the economics of publishing and its developing technologies, to the impact of the changing material shapes of Jewish books on their reading and reception.

In recent years, the “history of the book” has become one of the most vibrant academic fields to develop in America and Europe; Valmadonna would have been a natural base upon which to encourage its further development in Jewish studies, indeed to tie the Jewish book to the humanities and social sciences at large. And the possibilities for its public and curricular use, through creating innovative exhibits and developing Internet-based teaching sites (by digitizing the collection and creating curricula not only for university courses, but also for high schools and adult education), are virtually unlimited.

Even before Valmadonna came to Sotheby’s, Lunzer and the collection’s trustees had been trying to sell the library with the intention of keeping it intact. An early deal with the Library of Congress collapsed. Other institutions were interested but could not find donors or independent funds. Those of us in academia with a professional interest thought of forming a consortium between universities that could share the costs and keep the library intact even if it meant housing it on different campuses, but we dallied. Only when Sotheby’s suddenly announced the deadline of the sealed-bid auction were we finally spurred into action. But by then it was too late.

As of this writing, it is not known who bought Valmadonna. The fear is that the library was acquired either by dealers who will split it up and sell it piecemeal, or by a well-intentioned collector who may not have the resources or the knowledge to exploit its riches as a cultural treasure.

There is nothing inherently objectionable about dealing in books, or about the desire of an individual to acquire a library of Valmadonna’s scope. Habent sua fata libelli. “Books follow their own destinies” — and the market. Lunzer himself bought many of his books from dealers and at auctions. And collections created by intense, even obsessed and crazy, collectors — the world of books is full of both — are invaluable because only collectors have the drive and money to create them.

But a great collector knows that he or she is only the guardian of a collection, that it truly belongs to the world. Valmadonna is this, and more. It is a genuine treasure of Jewish culture, indeed of world culture. It is only to be hoped that whoever acquired the library from Sotheby’s will appreciate this — and treat it accordingly.

David Stern is the Moritz and Josephine Berg Professor of Classical Hebrew Literature at the University of Pennsylvania.

A Great Jewish Library’s Uncertain Future: What Will Happen to the Valmadonna?