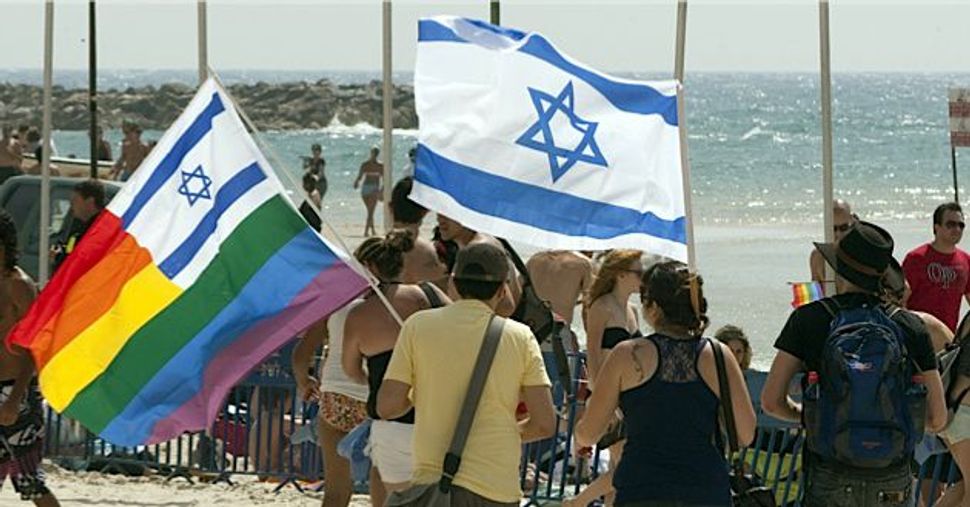 Israel is the only — with a capital “O” — Middle Eastern state that guarantees sexual rights and freedoms to its LGBT citizens, whether they are Jews or Arabs. LGBT progressives should be embracing Israel’s system of gender and sexual freedoms as a model for the Middle East.

Instead, anti-Israel groups such as Queers Against Israeli Apartheid, Queers Undermining Israeli Terrorism and Siege Busters are busy trying to corner the market on how the Jewish state is perceived in the LGBT community. Anti-Israel gays and lesbians support the boycott, divestment and sanctions campaign and invoke the term “pink-washing” to deride Israel’s efforts to promote gay tourism.

But the real whitewashing taking place is of the true nature of radical Islamic movements. One of America’s leading gender theorists, Judith Butler — a Jewish lesbian academic at the University of California, Berkeley — has gone so far as to describe Hamas and Hezbollah as “social movements that are progressive, that are on the left, that are part of a global left.” One wonders if she would feel this way if she lived in Gaza or under the rule of the Iranian regime that supports these vehemently anti-gay movements.

Gay and lesbian history has shown the dangers of ignoring the threat posed by radical Islam. Take the example of the late gay poet Allen Ginsberg, who came to feel that he had been naïve in some of his activism. “I shouldn’t have been marching against the Shah of Iran because the mullahs have turned out to be a lot worse,” he confessed. His statement should not be seen as an embrace of the deposed Shah’s regime but rather an acknowledgement of the horrors inflicted by the Islamic Revolution on LGBT Iranians and many others as well.

As we watch the current turmoil in the Arab world, with great uncertainty over what kind of societies will emerge from this period of revolutionary upheaval, it is worth recalling the legacy of gay African-American trade unionist Bayard Rustin, one of the principal architects of the Civil Rights movement and a close adviser to Martin Luther King. Rustin marched for gay rights in New York in the 1980s, and in an essay titled “From Montgomery to Stonewall” he wrote that the treatment of the gay community had become the “barometer of where one is on human rights questions.” We should be applying Rustin’s formula to the Middle East.

Meanwhile, the LGBT community faces its own litmus test on human rights and democracy in how it relates to Israel. It’s no coincidence that Rustin was an unwavering supporter of Israel and its vibrant democracy, launching the Black Americans to Support Israel Committee and working tirelessly to free Soviet Jews and help Ethiopian Jews immigrate to Israel.

Sadly, the increasing number of anti-Israel LGBT groups reflects a drift away from the gay movement’s anti-fascist, pro-democracy roots. This suggests that there needs to be a wholesale change in priorities among segments of the progressive LGBT community.

The current “Arab spring” presents an opportunity for advancing democracy, freedom and human rights. But there is also a danger that reactionary forces could gain further sway over their societies, which will inevitably lead to even greater persecution of our LGBT brothers and sisters in the Arab world.

The LGBT community must pay careful attention to these developments, lest we come to share Allen Ginsberg’s melancholy regrets. Western LGBT activists and intellectuals should be devoting our energies to combating movements like Hamas and Hezbollah, and reject the absurd obsession that some members of our community have with bashing Israel, the Middle East’s only LGBT oasis. In short, we should make sure that we are on the right side of history.

Stuart Appelbaum is president of the Jewish Labor Committee and of the Retail, Wholesale and Department Store Union, as well as an LGBT activist. Benjamin Weinthal is a fellow at the Iran Human Rights Project of the Foundation for Defense of Democracies and a contributor to Gay City News.