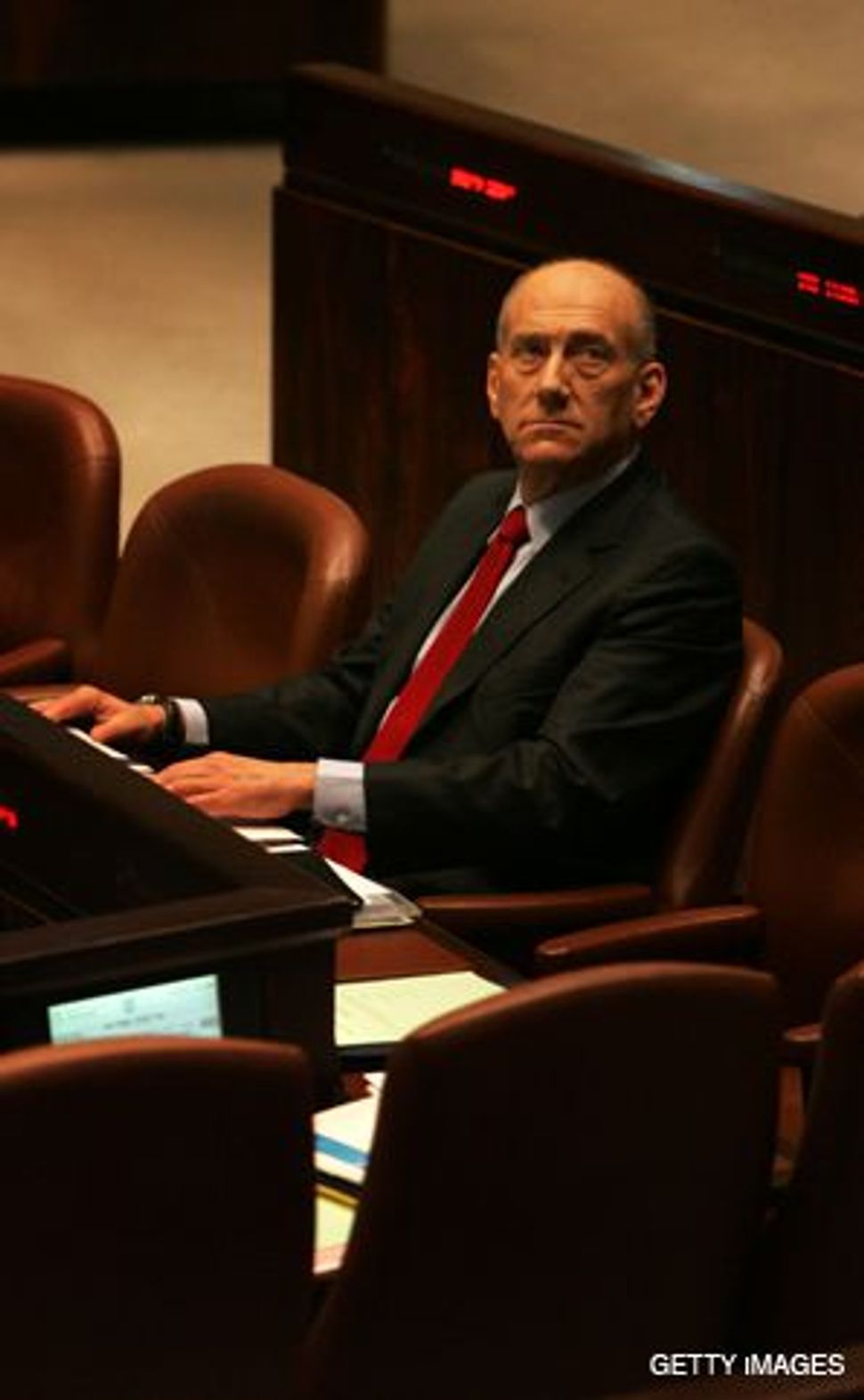 The conflict now known as the Second Lebanon War began two years ago, on July 12, 2006, and ended 34 days later, on August 14. On September 17, following weeks of intense public anger over the war’s inconclusive ending, the Israeli Cabinet appointed a five-member government commission of inquiry into the war’s conduct, known, after the name of its chairman, as the Winograd Commission. 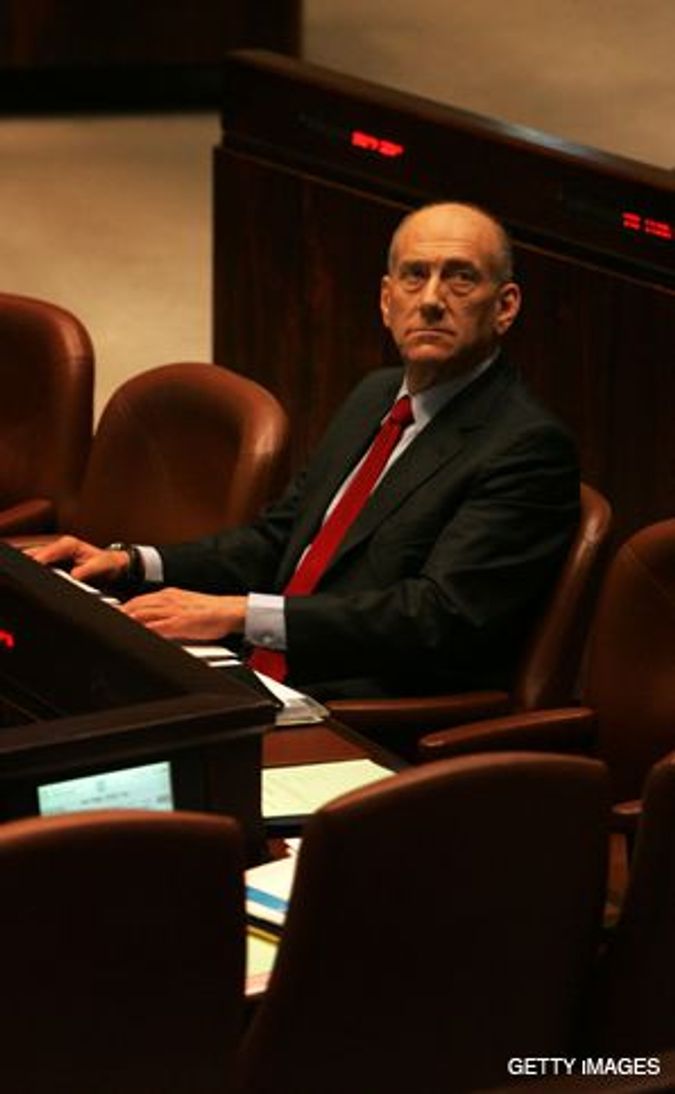 As a member of the commission, looking back from the vantage point of the war’s second anniversary, I am struck with a sense of regret at what Israel failed to achieve. The commission was appointed because of a widespread conviction that the war was in many respects a failure. Our inquiry largely confirmed that view. We were authorized to make recommendations for future improvement, and given broad tools for that purpose. And, yet, Israel has not drawn some of the crucial lessons nor made the changes we thought most necessary on the governmental level — particularly those pertaining to the quality of its leadership and to the need for high-quality professional staff for the political echelon.

Our commission was unique in the history of investigative commissions worldwide. Its mandate was to examine the performance of both the political and security echelons during the Second Lebanon War and the period leading up to it. All documents, however classified, were open to it, with no exemptions for executive privilege. The commission was authorized to call any individual to testify under a formal warning equivalent to an oath, up to and including the prime minister, who was interrogated personally for seven hours.

After the interim report shocked top politicians with its unexpectedly blunt findings, some legal limitations were imposed by Israel’s Supreme Court. Accordingly, the final report avoided explicitly assigning personal blame or recommending consequences for specific individuals. Had the commission wanted to do so, in my view, such findings could have been inserted using institutional language, but the commission members chose not to do so explicitly. Still, the final report was very severe in its conclusions. It endorsed all the findings and recommendations of the interim report and clearly assigned institutional blame for the failures. Notably, the prime minister was cleared of the suspicion that he had ordered certain last-minute military actions — in which 30 Israeli soldiers were killed — for domestic political reasons.

As the Arab media noted, the establishment of the commission and its reports demonstrated that Israel is a society that learns from its mistakes. Indeed, as a result of the commission, many improvements have been made. But some critical recommendations were ignored.

The commission’s main findings, which were also presented in the unclassified and publicly available version, were shocking: The war was largely mismanaged. Despite some very impressive achievements, overall the war was a badly missed opportunity. The behavior of the political echelon had many elements of a fiasco. The failures were Israel’s fault, as neither the international community nor bad luck intervened.

As found by the commission, the prime minister misdirected the war, showing a serious lack of strategic thinking. The defense minister was ignorant about defense issues. The Cabinet and its committees did not really know what they were deciding most of the time. Army recommendations were, with a few important exceptions, accepted without any serious attempt to secure second opinions. The chief of staff imposed a wrong doctrine. The army was not well prepared. The land forces performed, in part, poorly. The navy let its most modern ship be hit by a missile because of a lack of minimum prudence.

There were also many successes: in intelligence, air force operations, bravery of soldiers and officers and more. Some regard the August 11 adoption by the U.N. Security Council of Resolution 1701 — calling for a cease-fire and ordering Hezbollah forces to move north of the Litani River — as an important achievement. On the whole, however, the war was more of a failure than a success. True, other, much stronger countries have failed in asymmetric high-intensity conflicts. But this is no excuse.

The failures did not result from a lack of Israeli military capacities, only a small part of which were used, but from their incorrect application. The mistakes were primarily strategic, for which the government bears most of the responsibility, along with the highest levels of the military command.

Additional factors explaining what happened include the army’s preoccupation with the Palestinians as opposed to other fronts, the passage of many years without troops being tested in active warfare, the impact of Western individualistic and humanistic values on Israeli society, the lack of time to develop a new conflict doctrine befitting novel types of enemies, habits of improvisation deeply rooted in Israel’s governing ethos and more. And yet, whatever the explanations, they do not change the commission’s central findings: First, Israel needlessly failed to turn the Second Lebanon War into a major success that might have significantly strengthened Israel’s security. Second, it failed mainly because of utterly inadequate strategic thinking, together with lack of foresight, hasty decision-making, insufficient preparation and the absence of high-quality professional staff work in the prime minister’s office. Most of the blame lies with the government, and particularly with the prime minister.

As a member of the commission, I expected that the Cabinet would resign or be dismissed after the interim report appeared. Indeed, the chief of staff honorably resigned, and the minister of defense was made to leave. The prime minister, however, did not resign, nor was he forced to leave. I do not think this would have happened in any other parliamentary democracy.

The Winograd Commission made many recommendations, but the single most important one affecting the political echelon was, in my view, the call for a radical restructuring of the National Security Council so as to make it into a center of excellent, integrated, long-term and highly professional staff work for the highest political echelon on critical national security issues. After the interim report, the government did declare loudly its determination to implement the recommendations, and some important improvements were made, such as increased participation by the Foreign Ministry in national security decisions. But, after publication of the final report, little was done with respect to the political echelon. It became clear that most of the improvements made earlier were aimed, at least in part, at impressing the Winograd Commission and trying to soften its final report. And many critical recommendations were in the main ignored. Thus, the core functions of the National Security Council were not upgraded, contrary to all recommendations, leaving a serious lack of urgently needed high-quality political-security planning.

Much learning from the Second Lebanon War has taken place in the Israel Defense Forces, which are now very well prepared for many contingencies. But this does not compensate for the continuing serious weaknesses of the political echelon, which makes all the most critical decisions. Having a highly qualified defense minister helps but cannot make up for the lack of a prime minister with a strategic mind, however good his political mind may be.

The results are clear for all to see: We have had many peace initiatives, some of which are more nominal than substantive, and some very successful but limited military operations, for which most of the credit should go to the new defense minister and chief of staff. The peace initiatives, as they unfold with time, however important, seem in part to be airy improvisation, if not outright spin, lacking deep, long-term, realistic grand-strategic thinking by the prime minister based on professional political-security staff work.

The prime minister stands accused of unseemly personal behavior. He is preoccupied with political survival and is distrusted by the vast majority of the public. Consequently, he is unable to implement any compromises involving exchange of land for peace, to say nothing of Jerusalem. To take these and other painful measures necessary to move toward a stable peace with the Palestinians requires an Israeli leader who is trusted, strong and personally beyond suspicion (although success in peace-making would still be largely dependent upon the Palestinians). And this, I am sorry to conclude — and it is widely agreed — the present prime minister cannot supply. Neither, in light of his performance in the Second Lebanon War as exposed by the Winograd Commission, should he be entrusted with the many other serious issues and critical choices faced by Israel.

Is the Winograd Commission to blame for the present sorry state of affairs? In part, speaking about my own role, the answer is yes. In retrospect, I think I erred in trusting the political system and the public to do what was obviously required in light of our harsh findings, namely to remove the prime minister from office. I did not expect such dismal behavior motivated mainly by narrow party interests and personal career considerations on the part of many members of the Knesset (with some distinguished exceptions). I regret that I did not insist on making an explicit institutional recommendation that, because of his grand failures, the prime minister should not continue to serve, even if this might have been regarded by some as deviating from the legal limitations imposed on the commission. This recommendation is all the more urgent and valid in light of developments since publication of our final report.

Yehezkel Dror served as a member of the Winograd Commission of inquiry into Israel’s war with Hezbollah in 2006. He is a professor emeritus of political science at the Hebrew University of Jerusalem and a recipient of the Israel Prize.