Judaism’s Lessons for a Nuclear Age 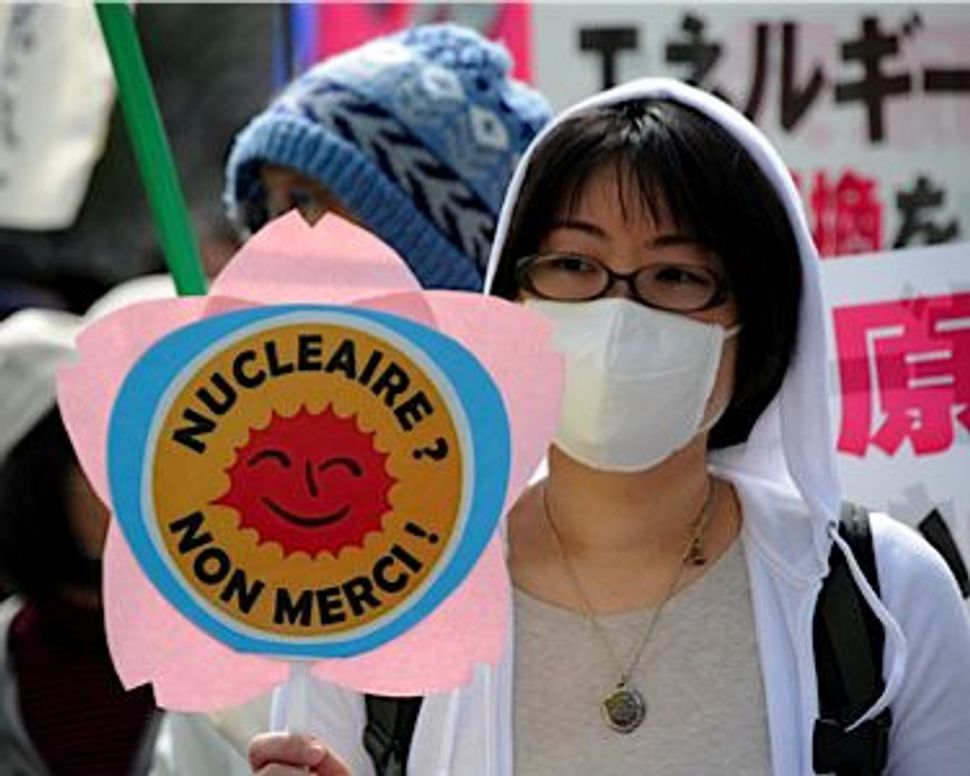 A month has passed since the earthquake and tsunami that devastated northeastern Japan, yet the crisis at the Fukushima Daiichi nuclear plant continues. As radioactive material spews into the air, soil and water, we watch with feelings of helplessness and dread. We have been humbled, first by the destructive power of nature and then by our own powerlessness when confronted with the devastating malfunction of our technology.

The Japanese nuclear disaster demands hard thinking. This goes beyond mere technical questions. After all, Japan was prized for its technical abilities. We need moral wisdom that can frame our thinking about nuclear power and guide us toward the world’s next steps in this area. Judaism can play a useful role in that discussion, offering what it knows about the world, about ourselves and about how to respond to difficult situations. Here are seven lessons that Judaism teaches us:

• The worst can happen. Drawing upon Maimonides, the 20th-century Jewish philosopher Eliezer Berkovits noted: “Perfection is identical with God; it cannot exist outside him. But creation is, foremost, separation from the Creator. The world is apart from God; it is therefore, of necessity, imperfect.” And in an imperfect world, it should be presumed that anything that follows “the laws of nature” could eventually happen. Horrible as they were, the devastating earthquake and tsunami were simply part of nature. This is not in our hands. All we can do is try to prepare for the worst.

• We, as works of creation, are imperfect, and so are our efforts. There is no such thing as a perfect technical solution. Sometimes, whether by design or error, humans gum up their own work. We forget, grow lazy or simply err. Humans can’t consistently see the whole picture and are limited in preparing for the next disaster by our inevitable reliance on our immediate past experience.

• We have the ability to decide whether to desist from creation. Being created in the image of God means the ability to stop, to limit oneself, as God did after six days. The Aleinu prayer has the inspiring message of letaken olam b’malchut Shaddai — to repair the world under God’s kingship. The sages understand the notion that the world is still in need of repair to mean that God, in creating the world, needed at some point to limit His own creation. In a pun they read the word Shaddai as She’amar dai — God says to the world: “Enough!” God Himself was fearful that the “waters below” welling up could prove too strong and overwhelm the ultimately fragile nature of existence. If God, in this frightening image, can act like Mickey Mouse in “The Sorcerer’s Apprentice,” holding back the terrifying waters created by his own magic, man can also decide to say “Dai — enough!” It behooves the world community to stop ourselves, to desist from creation, when technology threatens to become a force that could overwhelm its creators.

• Our divine charge of responsibility means that we must find ways to repair the reality we encounter. We are commanded to work our garden and to guard it. We are thus bidden to develop mechanisms that take into account the world’s imperfection and our own. Judaism itself has developed mechanisms that are based on taking responsibility for our broken nature. If we decide to proceed with nuclear energy, then we need to explore what safeguards we can develop to save us from ourselves.

• We must tend to our safeguards with the same urgency as we approach the underlying threat itself. Often derided, Jewish law’s creation of fences, gedarim, to protect one from violation is actually a brilliant construct. It recognizes that without protective devices and institutions one easily and almost necessarily tramples on the garden. Yes, transgressing the fence is not the same thing as the underlying violation we are seeking to avoid, but we treat it as if it is, and with good reason. A religious Jew won’t touch money on Shabbat even though “really” the essential prohibition is against writing down the purchase. An Ashkenazi Jew won’t consume legumes on Pesach even though the “real” prohibition is of five leavened grains. Jews have fences that demand “over-cleaning” on the days before Passover to ensure that chametz won’t exist. Radioactive materials deserve no less stringent concern. We must become zealous and imaginative in creating ever-safer fences protecting us from nuclear mishaps.

• Public matters of urgency demand independent supervision. For a restaurant or a line of food to be kosher, the community demands an independent mashgiach, or kosher supervisor, who is in turn supervised by the community. It is not that we assume that the proprietor would otherwise lie. Rather, the law demands an independent arbiter because “one is close to oneself” and is therefore disqualified as a witness due to lack of distance. Similarly we must demand thorough, independent, international monitoring of nuclear plants.

• Some things are worth worrying about. Observance of kashrut demands measures that are usually considered to be unhealthy traits: obsessive behavior, a degree of paranoia and high consumer suspicion. A similar approach toward nuclear energy would seem to be prudent if we want to continue breathing the air and having our children drink milk.

Rabbi Daniel Landes is the director and rosh yeshiva of the Pardes Institute of Jewish Studies in Jerusalem. He is the editor of “Confronting Omnicide: Jewish Reflections on Weapons of Mass Destruction” (Simon Wiesenthal Center, 1991).

Judaism’s Lessons for a Nuclear Age