Too Many Geniuses and Not Enough Grunt Workers 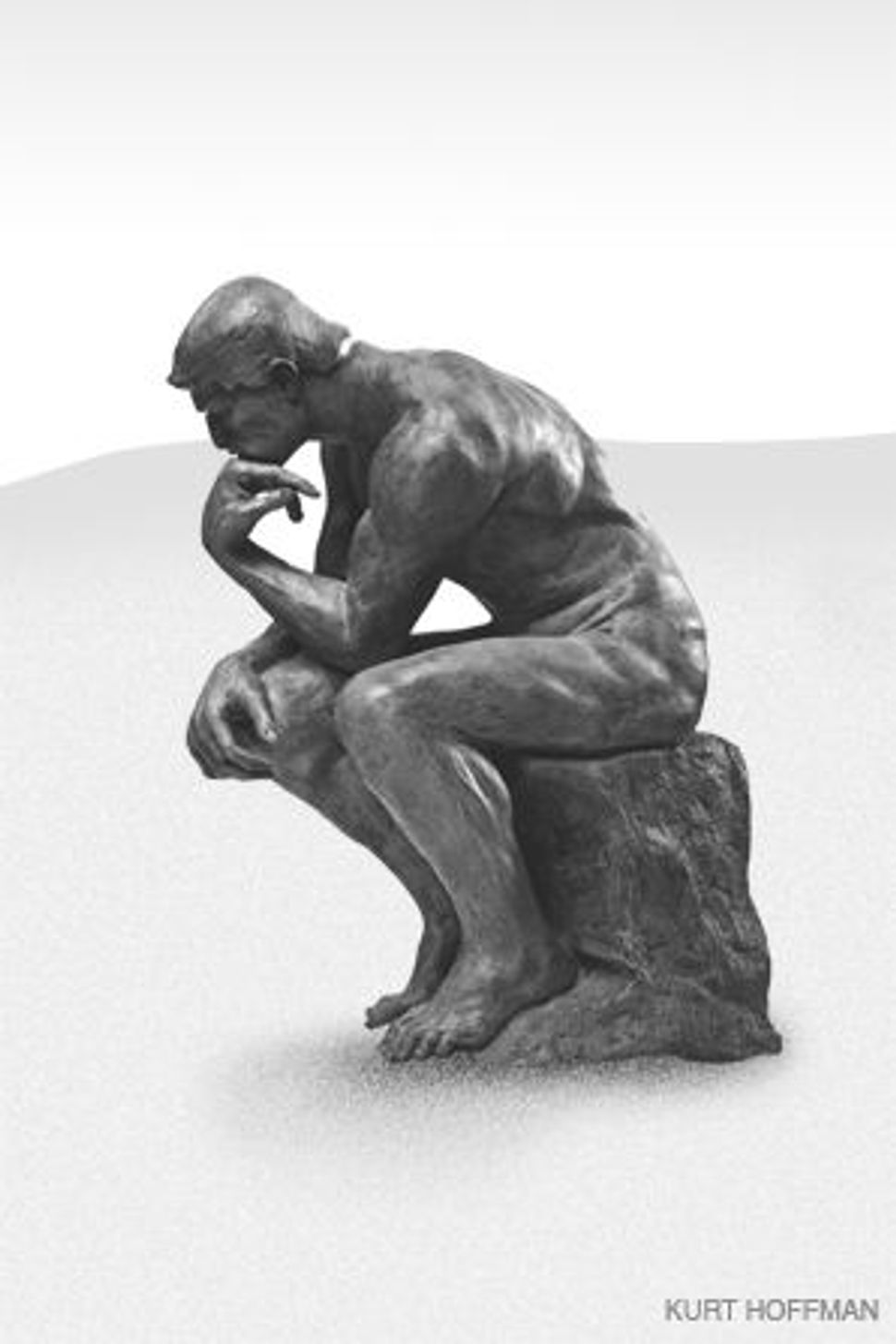 Earlier this year a contest was held for the best idea for a book that would transform the way Jews think about themselves and Judaism. Sponsored by a wealthy Jewish philanthropist, the contest was billed as the Jewish equivalent of the MacArthur Foundation’s “genius grant” program, which bestows no-strings-attached gifts of a half-million dollars to a handful of do-gooders around the world each year. The winner, a bright young man named Yehuda Kurtzer, got a two-year teaching gig at Brandeis and a book deal. 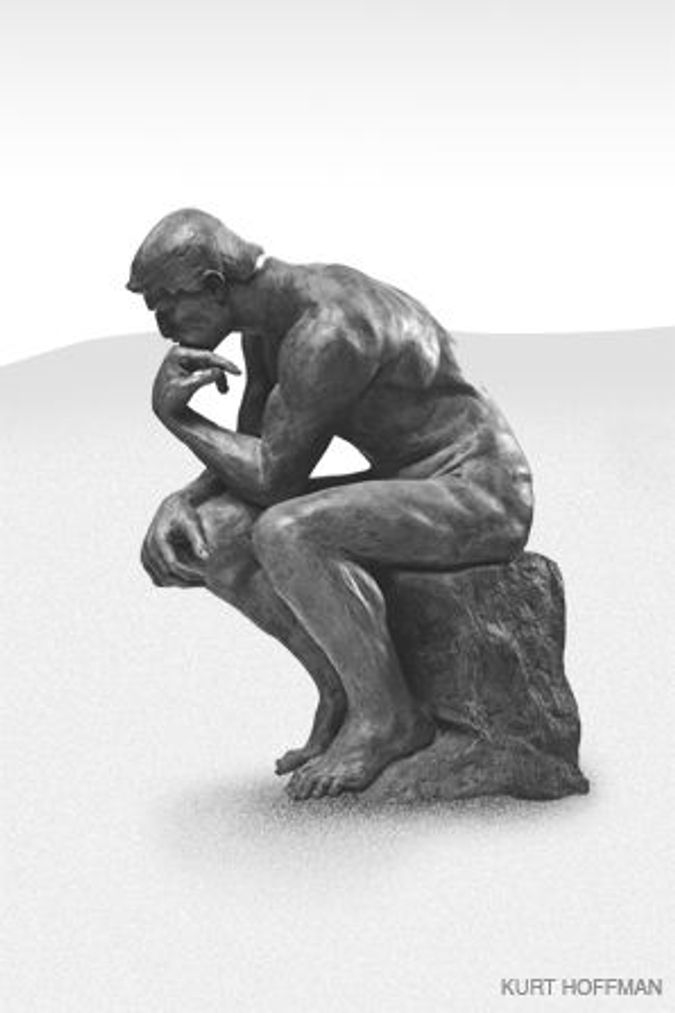 Forget the question of whether we needed to commission a book to transform how Jews think about themselves. (I was under the impression that we had that covered a few thousand years ago.) The bigger question is this: Why do we continue to shower even more grace, fame and riches on geniuses in our community?

Look around: The Jewish community has no end of genius. And if you doubt that, just ask anyone in the community. They will tell you all about the many geniuses they know. Why, they may very well be one of them.

Thousands of new geniuses are minted every year, in day schools, high schools and colleges across the country. We elevate these young lions to positions of status and honor. A synagogue in Washington recently lost out in the competition for a young and gifted rabbi. The winning bidder bagged its prey with a package fit for an Ivy League university president: large salary, day school tuition, apartment and so on.

I am a Republican, and I believe strongly that the market alone should dictate compensation for people of accomplishment and promise. But here is the problem: Geniuses are a lousy investment, failing consistently to produce a return on investment.

This isn’t necessarily the fault of the geniuses. These young lions are indeed dazzling in their talent. Kurtzer, for example, is already putting his ideas to work as the founder of an innovative young shul in Boston.

The problem is that the Jewish community, convinced that mere ideas will transform the community, routinely turns to young talent for fresh thinking but rarely puts that talent to work in meaningful ways. Which is to say, nobody ever lets the geniuses actually run the show.

The ranks of America’s leading Jewish community organizations are led by men who were there 10 years ago and will probably be there 10 years from now. They are not going anywhere. And why should they? They have their donors and their dinners. They don’t need much else.

Meanwhile, many potential geniuses hang around the periphery of the community, working on special projects, such as Kurtzer’s, funded by foundations. Yes, they receive much admiration and praise. But the levers of power are set too high. Ultimately, being a genius is a curse. (Thankfully, that’s a problem I myself have never had to face.)

In an ideal world, geniuses would create a parallel leadership structure in the community, taking with them not only talent but dollars and programmatic success. But that is not the case.

Why not? Young geniuses think big, talk big and act big, but have little experience focusing on the small details essential in building functioning organizations and lasting agendas. Some could develop those skills, but are sidetracked by the lure of major funding for the next big idea.

They never develop the discipline and management sense that come with a few years plodding away at a single purpose. So they go from geniuses with promise to mere luftmenschen, bright young men and women with few practical insights or skills.

Fact is, we make it easy in our community to be exceptional. What we don’t do is make it rewarding to be ordinary. So we get bursts of creative output at one end of the spectrum, while the rest of the community suffers.

Consider the following opportunity for improvement: Each year, countless local chapters of major Jewish organizations hold fundraising dinners that are epic in length and devoid of any content, save for self-celebration. How is this possible?

We are the people who invented Hollywood, dominate Broadway and fill concert halls. Yet when we gather to entertain ourselves, we bore ourselves to sleep.

We don’t take our talent for showmanship, on display at the highest levels, and translate that to the day-to-day life of the community. Our geniuses are not put to work.

Yes, we nourish and raise our geniuses to do great things. But in the end, their successes matter little, because they don’t focus on competent, plodding and incremental work — such as executing the ideas dreamed up by the last generation of geniuses.

We are a community of generals, desperately in need of sergeants: People who can take authority without complaint, cope with disappointment, make adjustments and move on to new tasks efficiently. We need the equivalent of firefighters and welders — people who do their jobs without fanfare, even when the work is dangerous, messy and financially unrewarding.

The problem, of course, is that in the Jewish community, everyone wants to be a prince or a princess. Nobody, except perhaps the emissaries of Chabad, wants to take directions from someone else.

Is it any wonder that Chabad is so effective? Its message is simple, its mission is simple and its followers are persistent, steady, committed and incredibly effective.

Of course, that takes faith, not just in the mission, but in the community and its future. We do our geniuses no favors by asking them to save us, over and over again, with fresh ideas.

We don’t need more fresh ideas. We need simple ideas, executed brilliantly. Geniuses could do that quite well, if they knew that was the path to leadership.

Perhaps instead of commissioning yet another book about the future of the Jews, we ought to hire people to organize fundraising dinners lasting two hours or less — now that would be a true stroke of genius.

Too Many Geniuses and Not Enough Grunt Workers