The Jewish Roots of Madoff’s Crime 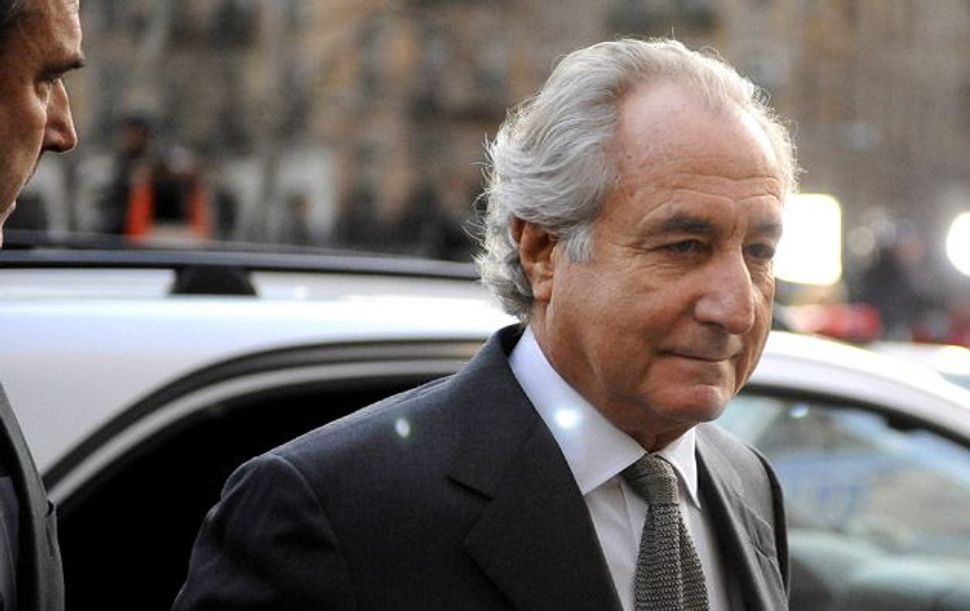 In her engrossing new book on the rise and shattering fall of Bernie Madoff, Diana Henriques points to the key role played by a quartet of very wealthy Jewish entrepreneurs who set up accounts with Madoff by the end of the 1970s.

Some of their names, sadly, are familiar to those who have followed the scandal of the world’s largest Ponzi schemer. Stanley Chais was the first. Not only did the successful businessman turn over his children’s trust funds to Madoff, but Chais also persuaded others to invest in a “feeder fund” that was also handled by the man who, at the time, seemed to be a genius at generating profits.

There were three others in this elite club, as Henriques describes in “The Wizard of Lies: Bernie Madoff and the Death of Trust”: Carl Shapiro, a legendary success in the garment industry; Norman F. Levy, a giant in the New York real estate business, and Jeffry M. Picower, “who would start out peddling tax shelters and emerge by the end of the next decade as a man for whom the term wheeler-dealer might have been invented.”

They were all, like Madoff, self-made men who connected with the Wizard of Wall Street not through family, neighborhood or synagogue ties, but in a business relationship, and each of the men stayed with him for at least four decades. He helped them become fabulously rich and, following that logic, helped some of them become seriously philanthropic. But they more than returned the favor.

“The most important gift the original Jewish investors gave him was his reputation, his credibility,” Henriques told me in an interview. “He was able to spend that currency in the broader world.” Madoff’s $50 billion fraud, which landed him in jail for the rest of his life; decimated hundreds, perhaps thousands, of investors, and left his own family in ruins, was not a Jewish crime — it was too far-flung and globalized to deserve that narrow description. It was a crime perpetuated by someone who happened to be Jewish. But now, two and a half years after Madoff’s arrest, Henriques’s work makes it evident that this was a crime enabled by Jewish businessmen like Chais, Shapiro, Levy and Picower; by Jewish power brokers like Ezra Merkin, and by Jewish institutions that gave into the allure of easy, reliable, bountiful money without doing the due diligence they owed their clients, donors and causes.

It was a crime built on an abundance of misplaced trust, one that allowed tribal fealty to eclipse responsible judgment.

“Madoff robbed Peter to pay Paul,” Henriques said. “And then Paul took the Madoff profits and gave it away to make the world a better place.” That, she noted, is the heartbreak of it all. Reading Henriques’s account is especially troubling because the worship of money and those who have it courses throughout the story. There’s nothing antithetical to Jewish teaching and culture in accumulating wealth: We don’t automatically equate holiness with poverty, or analogize the opposite and assume that the wealthy are devious or corrupt.

But Jewish law has built-in safeguards to prevent the arrogance and insularity that too often accompany excessive wealth — especially expressed through the sabbatical and jubilee years, when the playing field is forcibly leveled for everyone. There’s a powerful message here: Wealth is to be earned, and re-earned; it should not be the reward for exploiting others. It does not confer greatness, nor does it necessarily demand trust.

All this was forgotten by the lure of Madoff’s millions. Even the sainted Elie Weisel succumbed by trusting his personal savings and his foundation’s assets to Madoff, without observing the basic commandments of financial investing.

In the book, Henriques describes a scene in which a potential investor is brought to Madoff who is eventually put off because the investor asked too many questions. Aren’t we Jews supposed to ask questions? Isn’t that part of our theology, our culture?

“We’re not addressing what this scandal tells us about ourselves,” Henriques said, and she is talking about more than just Jews. “Wall Street wants to build trust. I say, let people trust a little less, be a little more skeptical, please.”

Perhaps, if Chais, Levy, Shapiro and Picower had been more skeptical, they might have been able to curtail Madoff’s egotistical ride. Perhaps if the boards at Hadassah and Yeshiva University and the American Jewish Congress and other worthy causes had rules in place to safeguard their investments, they might not have raised as much money as they did in the fat years, but they might have staved off the lean ones —or, in the case of Congress, stayed alive. Perhaps if more people questioned Bernie Madoff rather than assuming that his luxurious lifestyle anointed him with integrity, this catastrophe might have been avoided.

None of this is to absolve the government of its woefully incompetent role in policing Wall Street, nor does it excuse lawmakers from allowing a feeding frenzy to build off of unregulated commerce. But “The Wizard of Lies” drives home the point that the Madoff debacle was also a communal failure and that the only prayer we have of escaping another scandal is to recognize that uncomfortable truth.

“At the beginning,” Henriques writes, “Madoff exploited the trust and respect he had earned in a close-knit Jewish community. His reputation in those circles was his original passport to financial credibility in the wider world…. By the end, he was pulling in cash from every corner of the globe, but it was a harvest that had grown from his own Jewish roots.”

The Jewish Roots of Madoff’s Crime