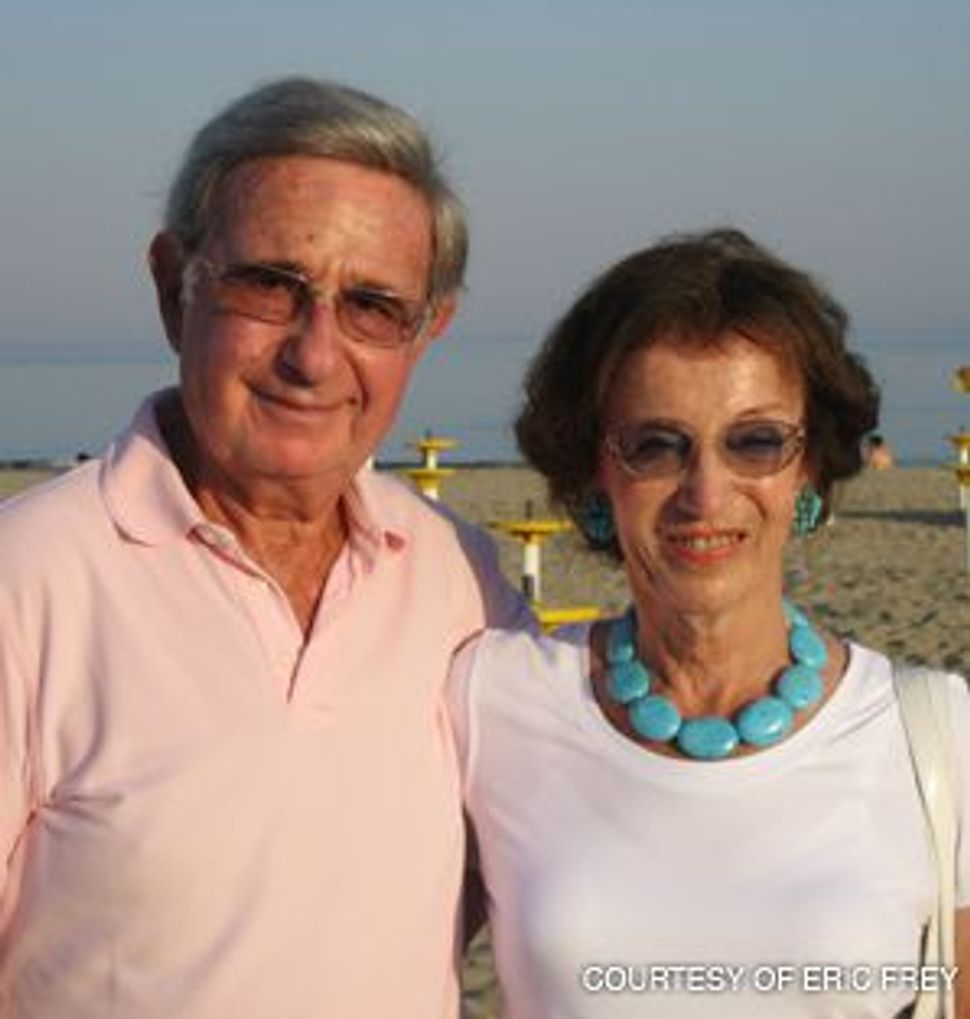 THE GOOD LIFE: Robert Frey with his wife Gerda.

A couple weeks ago, my father passed away. 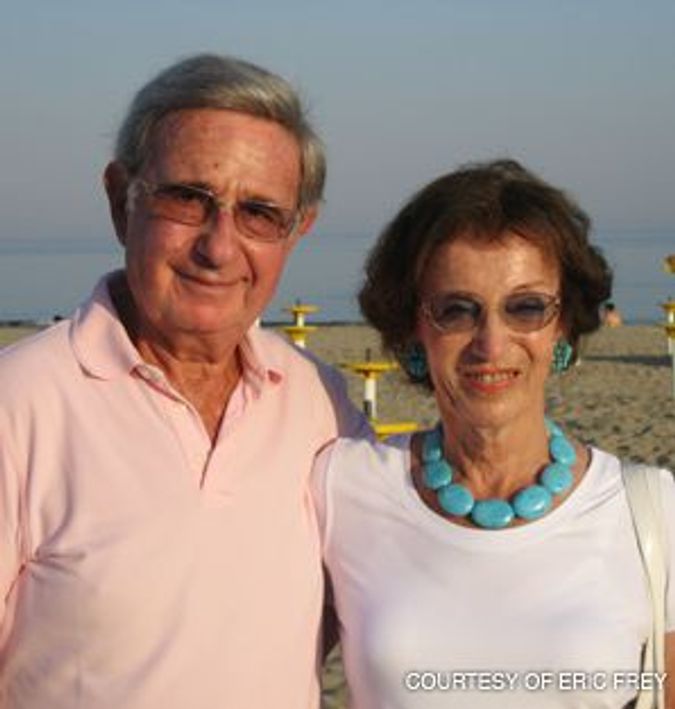 THE GOOD LIFE: Robert Frey with his wife Gerda.

As I prepared to speak at his funeral in Vienna, I wondered whether the life story of this very private man carried any larger message that would be of interest beyond his immediate family and friends. I soon realized that it did.

My father left Europe after World War II, but returned a few years later. The choices he and others of his generation made explain why, against all historical odds, there are flourishing Jewish communities all over central Europe today.

Born in Budapest in 1928, my father was 16 when the Nazis began systematically persecuting the Hungarian Jews and deporting them to Auschwitz. In Budapest there was at least a chance of surviving, which my father did with youthful skill.

Still, he saw no future for himself in Soviet-occupied Hungary. In 1946, he illegally crossed the border to Austria, where he worked in an American camp for displaced persons and waited for the first visa that would allow him to leave the continent. When Australia invited him to come, he joined other Hungarian friends to start a new life down under.

But unlike his friends, he did not stay. His widowed mother had remarried and moved to Vienna, and was now longing for her only child. He arrived in Vienna in 1955, just as the decade-long Allied occupation was ending.

He found a job, married my mother and had three sons. Meanwhile, he started his own export business, and thanks to the economic wonder that was postwar Europe, he soon achieved true material comfort for his family.

My father remained an Australian citizen until the end of his life, out of gratitude for the country that had welcomed him, and as an insurance policy against the potential return of Europe’s dark ghosts. Still, unlike other Jews in Vienna, he never lived with the metaphorically “packed suitcases,” nor claimed that he was just waiting to leave. Bit by bit, he came to regard Austria as his home.

My father was not naive; he was angry about the persistence of old-fashioned antisemitism and new right-wing populism in Austrian society. But he also appreciated the efforts of a new generation of young Austrians to confront their parents’ and grandparents’ misdeeds. He and my mother had dozens of non-Jewish friends, and refused to withdraw behind psychological ghetto walls.

My brothers and I attended Austrian public schools, where we were the only Jewish kids, and my father never told us that we would be better off settling down somewhere else. But despite free university education in Austria he wanted us to study in the United States, and was happy to pay for college and graduate school.

He did not ask us to return to Vienna; two of us eventually did, while the oldest settled in New York. He liked to visit my older brother there, and in his later years spent his winters in Florida, but he also loved to return to his Vienna home. He knew that democratic Austria offered him more prosperity and personal security than any other place in the world.

My father was not religious, and never strove to be a community leader. Still, he was active in Jewish charities and sat on the board of the small progressive synagogue that my parents helped to found. In his quiet way, he became a pillar of Jewish life in Vienna.

That such a life exists today is itself a miracle. In 1945 Vienna, neither Jews nor non-Jews expected that there would be Jewish synagogues, schools and community centers in the city where Adolf Hitler turned into a fanatical antisemite.

The same is true for the larger region. Who would have thought that there would be more than a hundred Jewish communities in German towns large and small, from bustling Berlin to quiet Emmendingen, often serving recent immigrants from the former Soviet Union?

Even in Poland, where antisemitism under the postwar Communist regime drove most of the remaining Jews into exile, there is a touch of Jewish life. Europe’s Jews are often accidental Europeans, but they are Europeans all the same.

That Jewish revival offers major benefits for the affected countries, as it helps them to preserve a crucial part of their cultural and intellectual heritage. Still, it is of even greater importance for current and future Jewish generations: Denying the Nazis and their collaborators their ultimate triumph, it reverses the legacy of the Holocaust.

Jewish life never recovered in Spain and Portugal from the Catholic Inquisition, and it may never return to Iraq and other Arab countries. But the greatest calamity in Jewish history never did what its perpetrators were determined to achieve: to make Europe “Judenfrei.” There is little doubt today that European Jewry is no passing phenomenon but is here to stay, a third pillar of Jewish life along with Israel and the United States.

Unlike the pioneers who went to Palestine to build a Jewish state, my father did not follow an ideology or a vision. He just remained a central European gentleman all his life — and left an impact on the Jewish world in the process.