If You See Something… 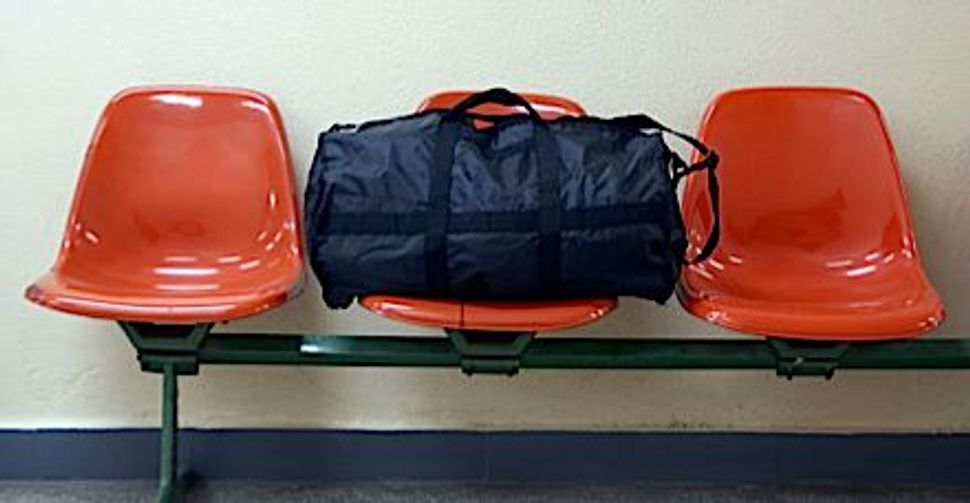 “Did you see that bag on the ground?” my wife asked.

“Don’t worry about it,” I snapped, snatching a quick glance behind me at the blue duffle bag resting on the floor. I had no time to waste on luggage. Body tensed, every sense and sinew poised, I prepared for the physical combat about to begin. 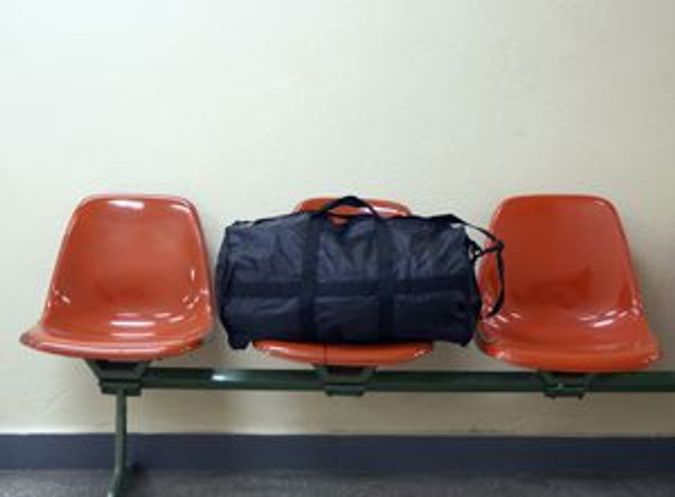 Say Something: For Michael Peck, an unclaimed bag proved to be an important anti-terrorism lesson.

We stood on a platform in Jerusalem’s hectic central bus station in late March, about to board a bus to northern Israel on a pleasant spring day. The other passengers were mostly young male and female soldiers. With their backpacks and cell phones, they resembled American high school students but for the rifles nonchalantly slung over their shoulders. Like good tacticians, they assessed the terrain and the situation; there were more passengers than bus seats, and whoever could seize the high ground of the bus steps would not have to wait an hour for the next ride. As the other passengers edged forward on my left and right flanks, I swiftly calculated our chances. We were in the middle of the pack, so the possibility of getting on board was at least 50-50, as long as we maintained our position.

“No one is picking up that bag,” my wife said.

“Honey, there are Israeli soldiers here, and they’re ignoring it,” I told her, as I watched the front seats of the bus fill up. “If they’re not worried, we shouldn’t be.” I knew she was imagining an imminent explosion. But we had been in Israel a week, and the prospect of violence seemed remote. There hadn’t been a bombing here in years. Beyond the armed soldiers on the street, and the bored security guards checking your backpack at the supermarket entrance, there seemed little danger or any real atmosphere of danger.

“I’m going to tell someone,” my wife said, as the middle seats filled up. I knew argument would be futile. Though I’m one to break rules (or at least the stupid ones), she is a stickler for them. The rules say report all unattended luggage. So that’s what she would do. She proceeded to ask the other passengers, using English and hand gestures, whether the bag belonged to them. They looked at her like she was crazy and shook their heads.

She finally found a female corporal in a ponytail who shrugged and said the bag was hers. “C’mon,” I hissed, as we reached the foot of the bus steps. We managed to grab the last two seats and peered through the window. Had the soldier only said that to make the crazy American go away? But she really did pick up the bag.

“You see?” I announced triumphantly. “All that fuss, and it turned out to be nothing.”

It happened two days later, at about 3 o’clock in the afternoon, as we were riding on the bus back to Jerusalem. We heard a cell phone ring behind us. “Was it on the bus or on the street?” we heard the owner say in English. Within seconds, other phones went off. My wife’s expression told me she had the same sinking feeling that I did.

When we arrived at the Jerusalem station after 5 p.m., we asked where the bomb had exploded. We were told that it had gone off two blocks away, at a bus stop that we had recently walked past. We arrived at the bomb site after the police barricades had been removed and the blood had been hosed off the sidewalk. The only reminders of the horror were the souvenir hunters eagerly prying out ball bearings — packed into the bomb for extra lethality — that had embedded themselves in the bus shelter and a nearby telephone booth.

The next day we learned that the bomb had been placed in a bag at the bus stop. A 59-year-old Scottish woman, a Christian Bible translator studying Hebrew at Hebrew University, had been killed. Another 39 people were injured. It was the first bombing in Jerusalem since 2008.

At that time of day, and at a busy bus stop, the death toll could have been far worse. But it so happened that the owner of a nearby kiosk had noticed the bag on the ground. Instead of ignoring it, he called police, and then ran over to the bus stop to warn the passengers away. He saved many of them, but not himself. He was badly injured in the blast.

I have since asked myself what I would have done in his place. Would I have had the presence of mind to notice the bag? Would I have risked missing the bus while I summoned police? I would like to think so, but I don’t think so.

I can console myself that most of the time, my indifference would be right. A bag at a bus stop, even in a country beset by terrorism, will be harmless 99% of the time. It’s only that 1% that cost a Jerusalem woman her life.

I still don’t like rules. I still think my wife is too much a stickler for them. And next time she wants to report an unattended bag, I’ll just smile and hold her hand.

Michael Peck is an editor for the Military Times magazines.

If You See Something…