Anti-Semitism and the American College Campus 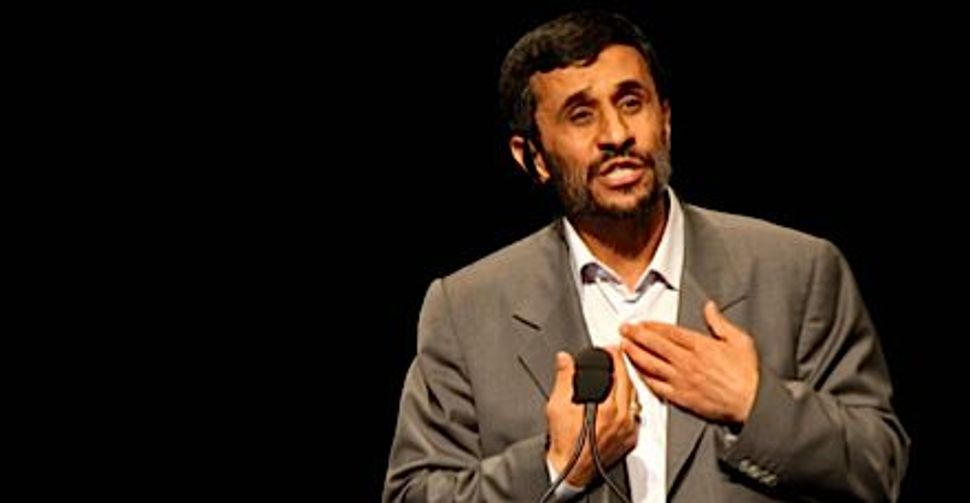 Campus Visitor: The 2007 appearance of Iranian President Mahmoud Ahmadinejad at Columbia University was an example of a lax approach to anti-Semitism. Image by Getty Images

The recent controversy over the axing of Yale University’s Interdisciplinary Initiative for Studying Antisemitism (to be replaced by a new faculty-based research program) has generated much heat, but little light. Some of the commentary has been venomous, unnecessarily personalized, and self-serving, while invoking unproven allegations of political bias. The highly polemical tone of the debate has, in my view, obscured some more important and wider issues about American campuses, not least of which is the question of why the academic study of anti-Semitism has come so late to the United States. 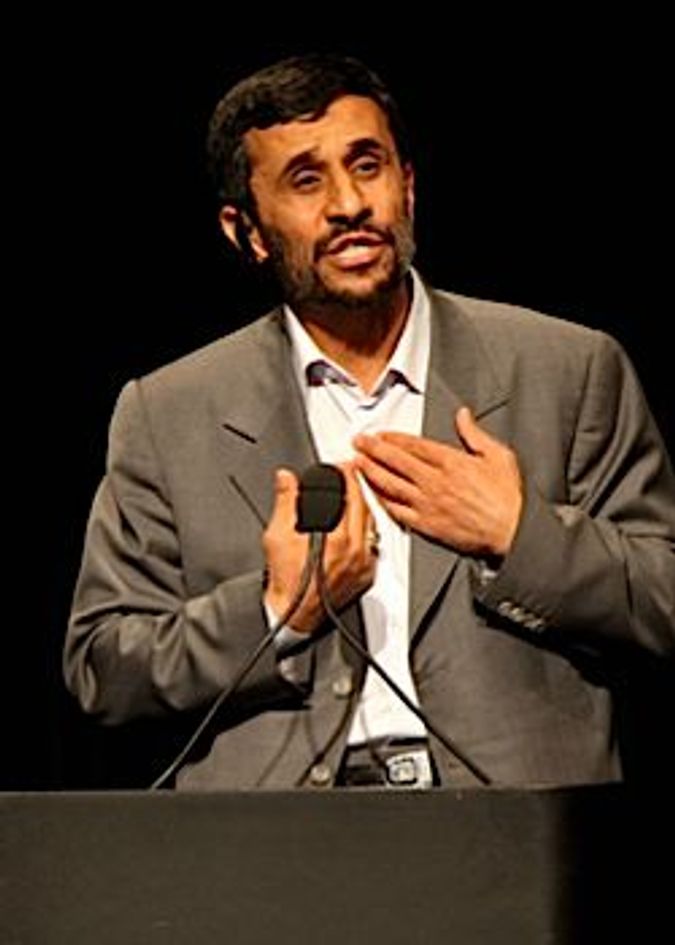 Campus Visitor: The 2007 appearance of Iranian President Mahmoud Ahmadinejad at Columbia University was an example of a lax approach to anti-Semitism. Image by Getty Images

One possible explanation is that American Jewry, following its highly successful integration into postwar American society, initially had no special interest in highlighting a phenomenon that might underline its “otherness” to an uncomfortable degree or recall the hostility it had once encountered. Until fairly recently, most American Jews have shared the unwarranted assumption that anti-Semitism greatly declined in the West following the Holocaust. This was partly true in the United States, but much less so elsewhere.

In Britain and much of Western Europe, for example, it is a deeply troubling fact that anti-Semitism (often in the form of anti-Zionism and hatred of Israel) has become a significant part of intellectual and academic discourse. In the United States, too, we have witnessed a comparable phenomenon, as any reader of Eunice Pollack’s important anthology. “Antisemitism on the Campus: Past & Present,” published recently, can readily ascertain. Not only do anti-Zionist campus activists across America insistently call for the boycott of Israel (as they do even more forcefully in Britain), but some even demonize the Jewish state as the “Synagogue of Satan.” The truth today is that, for many American Jews, anti-Semitism is no longer something that happens far from home. It belongs not to only an endemically tainted Christian European culture, nor to the jihadist radicalism of the predominantly Muslim Middle East. It is, in its own way, as American as apple pie.

In June, the Vidal Sassoon International Center for the Study of Antisemitism, which I have directed for the past decade, published an important research paper by Stephen H. Norwood, titled “Antisemitism in the Contemporary American University: Parallels With the Nazi Era” The paper casts valuable light on the current situation in the United States. Norwood reveals that in the 1930s, leading American universities (including Harvard, Yale, Columbia and the Seven Sisters chain of colleges) helped to legitimatize anti-Semitism by welcoming Nazi leaders to their campuses. Moreover, American university administrators almost never responded to the vitriolic anti-Semitic statements made on campus by Hitler’s diplomatic or student representatives, nor did they react to American apologists for the Nazi regime.

Norwood’s scholarly paper shows how, once again, in our own day, administrative indifference has become visible on campus. Anti-Semitism intertwined with anti-Zionism (and even with homegrown anti-Americanism) is being widely propagated, whether by Nation of Islam speakers, pro-Palestinian advocates or leftist agitators. One deleterious consequence is the creation of an increasingly toxic atmosphere (sometimes reinforced in the classroom by virulently anti-Israel professors) in which Jewish students feel threatened and intimidated. In truth, this pattern (with ups and downs) has been present for many years. As a young student at Stanford in the late 1960s, I remember having being stunned by the extremely anti-Jewish rhetoric of Stokely Carmichael and other Black Power demagogues on Californian campuses. In the 1980s and ’90s, Louis Farrakhan and his Nation of Islam followers went even further in their anti-white racism and brazen anti-Semitism.

Today, anti-Zionist and anti-Semitic speakers still attract large and enthusiastic college audiences as long as they emanate from the black and Muslim “anti-Zionist” camp or from white radical groups — some of them Jews. At the same time, an elite university like Columbia had no compunction about hosting Iranian President Mahmoud Ahmadinejad on campus despite his extreme anti-Semitism, Holocaust denial and genocidal threats to wipe out Israel. By displaying such misplaced “tolerance,” some American universities, in the name of defending free speech. are effectively legitimizing hate speech.

In this real-world context, one would expect American colleges and universities to become proactive in promoting the study of anti-Semitism not only as it existed in the past, but also as it manifests itself in the present. Certainly, Yale and any other major American educational institution have an obligation to insist on academic rigor and a thorough grounding in the history of the discipline, just as we do in Jerusalem. Equally, it should go without saying that all forms of anti-Semitism need to be studied without fear, favor or political partisanship if we are to gain a deeper insight into the “longest hatred.”

But by the same token, current strains of the virus, such as Islamist Jew-hatred, left-wing “progressive” anti-Zionism and far-right neo-populism, whether in Europe, the Middle East or on the American continent, should on no account be ignored or downplayed for reasons of political correctness. We trust that Yale and other leading universities in the West will take this commitment to heart.

Robert Wistrich is the director of the Vidal Sassoon International Center for the Study of Antisemitism at the Hebrew University of Jerusalem, and the author of “A Lethal Obsession: Antisemitism From Antiquity to the Global Jihad” (Random House, 2010).

Anti-Semitism and the American College Campus