How To Remember Gettysburg 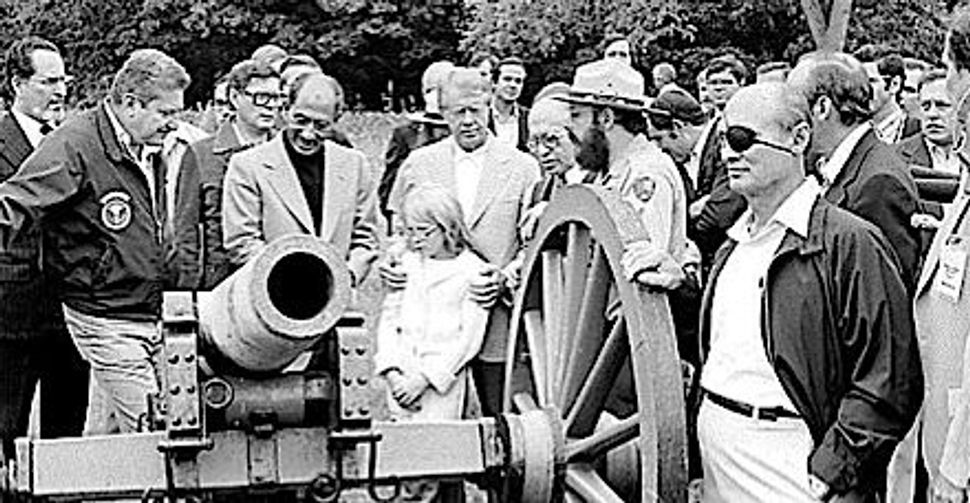 Image by COURTESY OF the JIMMY CARTER LIBRARY 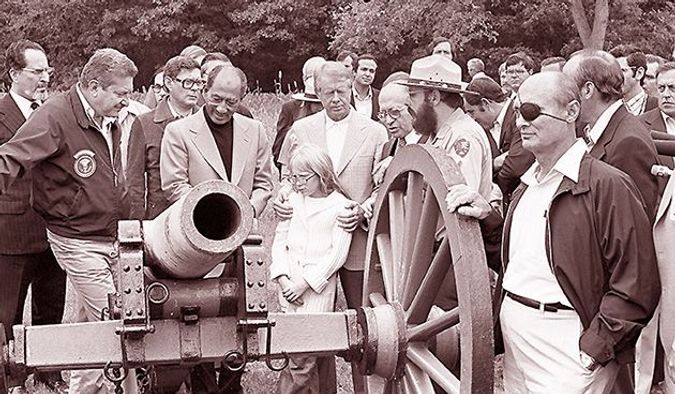 PEACEMAKERS ON A BATTLEFIELD President Jimmy Carter led Menachem Begin and Anwar Sadat on a visit to Gettysburg during the Camp David peace talks. Image by COURTESY OF the JIMMY CARTER LIBRARY

The sesquicentennial of the Battle of Gettysburg is still two years away, but the drumbeat is already sounding. On our visit just days before the 148th anniversary, the parking lot outside the new visitors center was throbbing with cars and buses, as if the commemoration had already begun.

But what are we remembering?

The bloodiest, most significant, most celebrated battle of the Civil War resonates with a fusillade of lessons. Delve into the decisions that were made during those fateful three days in July and you’ll find lessons in leadership. How to rally exhausted troops to join an uncertain battle. How to size up situations and issue orders with scant intelligence. How to seize the moment and turn luck into a strategic advantage.

Gettysburg also provides a sobering lesson on the necessity of war. That the Union and Confederate forces met on those hills and fields at that place and time was somewhat serendipitious, but once the fighting began, the outcome was a dramatic open question and its eventual significance undeniable. The Northern victory didn’t end the Civil War, which dragged on for two more destructive years, but a Northern defeat may well have signaled the close of the American experiment with, to quote Abraham Lincoln’s memorable description, a “government of the people, by the people, for the people.”

But it’s impossible to view the monuments to the fallen scattered all around the park site — more than 850 altogether — and not be saddened by the overwhelming loss of life suffered in such a short blast of violence. Trace the sloping path of Pickett’s Charge and the sheer brutality of that last, futile fight is still hard to comprehend — 8,000 dead in less than an hour. Across the battlefield, there may be as many as several hundred bodies still not yet recovered. A skeleton was discovered just a dozen years ago.

And so to remember Gettysburg is also to acknowledge the shattering cost of war. That particular message played out powerfully on September 10, 1978, when President Carter decided to bring Egyptian President Sadat and Israeli Prime Minister Begin on a little road trip from nearby Camp David.

The peace negotiations between the three men were extraordinarily difficult, and Carter thought the diversion would help. He didn’t know, however, that Sadat had studied the Gettysburg battle in military school in Egypt, and soon he was dominating the conversation in a way that evidently left Carter and Begin uncomfortable.

Then, however, the presidential motorcade stopped at Cemetery Hill, where Lincoln delivered his famous speech. And it turned out that this was Begin’s moment to shine, for he had studied the Gettysburg Address and could recite it by heart.

This unexpected dynamic did not suddenly make peace possible; that took much more hard negotiation and compromise. But as we approach this anniversary, it is worth remembering that a landscape of death and sorrow can also serve as an impetus for another kind of bravery, one that is willing to forgo the gun and bayonet to settle differences with the mind and soul.

How To Remember Gettysburg