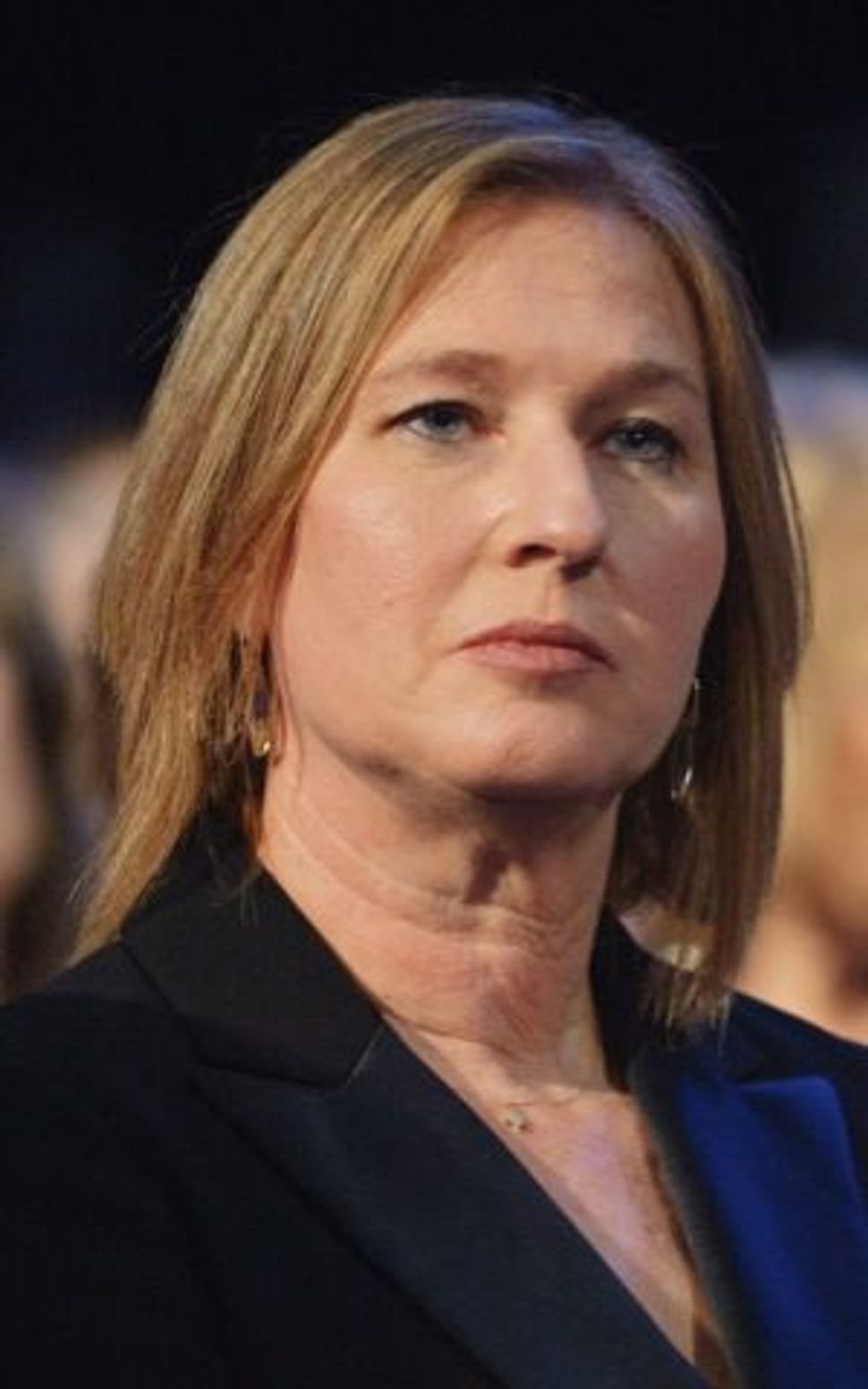 Leader of the Opposition Image by Getty Images

The Tzipi Livni who spoke before a small, private dinner on Wednesday evening in New York seemed more excitable, passionate and downright worried than she has been in these sort of settings. Barely had the guests invited by the S. Daniel Abraham Center for Middle East Peace taken their seats when the leader of Israel’s Kadima party launched right in, with a spirited critique of the Israeli government and a plea to relaunch negotiations with the Palestinians as soon as possible.

In her many references to her own experiences in the negotiating room, Livni was clearly agitated that the progress she had made and the trust that she gained was lost when her arch rival, Benjamin Netanyahu, was given the opportunity to form a government even though his party had won one less seat in the 2009 election. Once in office, Netanyahu effectively canceled those talks (though there’s some dispute about whether the Palestinians also deserve blame for the resulting stalemate).

Livni argued that the negotiations should start immediately. She scoffed at the diplomatic dispute over President Obama’s reference to the 1967 borders with mutually agreed land swaps. “Everyone knows it won’t be pure 1967,” she said. “It’s going to be the ugliest border in the world, but there is a way to minimize damage to Israeli citizens.”

And she slammed Netanyahu for picking a fight with Obama: “Israelis expect their prime minister to get along with any American president. The relationship with the United States is existential.”

Like every good politician, I suppose, she stuck to her script, no matter the question posed to her. She insisted that a two-state solution was not a gift to the Palestinians or to the American president, but the only way to ensure that Israel remains a democracy. “Each state gives an answer to the national aspirations of each people,” was her mantra.

When a guest far to her right politically asked why she didn’t make demands on the Palestinians in public, Livni’s voice became higher and more insistent. “I criticize the Israelis because I’m an Israeli,” she said. “I’m not going to vote for Abu Mazen. We need to make a decision on our own vision of the State of Israel.” Besides, she said, such public pronouncements “are not the way to achieve peace. It sounds great, but you need to be tough in the negotiating room,” not before the microphones.

Listening to Livni still leaves the hanging question of why she hasn’t been a more effective opposition leader within Israel, and she skirted the question when asked directly. But she certainly made her case for a robust dialogue within the American Jewish community. “Israel is strong enough to have this discussion,” she said as guests were nibbling on dessert. “It comes from the family. It comes from love.”