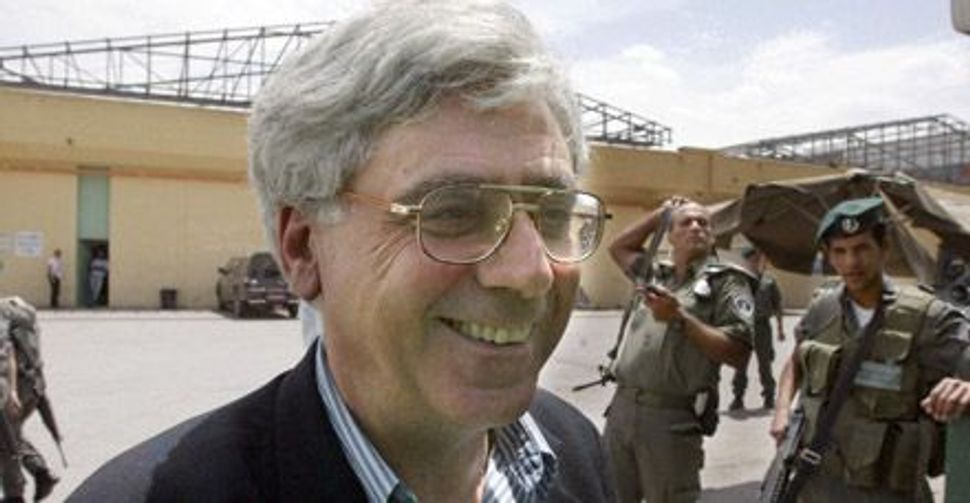 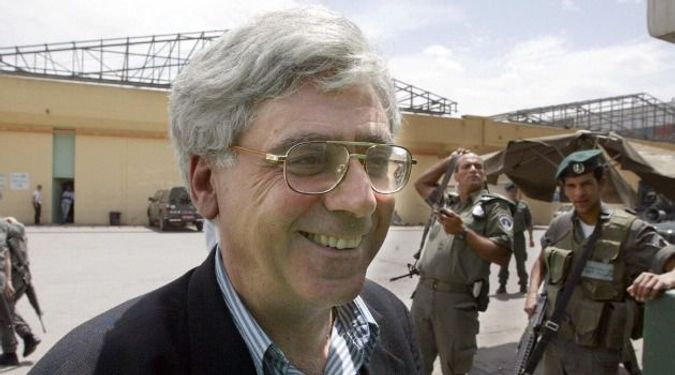 Right of Return: President of Al-Quds University, Sari Nusseibeh, is the only Palestinian leader to say that his people will have to accept a ?token? right of return. Image by Getty Images

Tony Judt’s deliberately provocative 2003 New York Review of Books essay, “Israel: the Alternative,” is a lesson in the limits of American Jewry’s allowable discourse when it comes to Israel. Writing explicitly in the tradition of thought experiment, rather than policy proposal, about what he called an “alternative future,” Judt suggests that Jews and Arabs alike might be better off as citizens of a secular democratic state that encompassed both Israel and Palestine, in which all citizens had equal rights regardless of religion or national origin. For this, as his editor, Robert Silvers, recalled at a Paris conference in June, dedicated to Judt’s memory, Judt “was denounced as a traitor by the powers of the American Jewish establishment” and barred from publication by places like The New Republic.

The great and terrible irony of Judt’s suggestion is that while it was, in many respects, utopian — binationalism does not work well in promising situations, much less between warring tribes with unequal power — the only alternative to it that can save the State of Israel from devolving into a form of apartheid is being purposely closed off by Israel’s current leadership.

While it is true that history offered no alternative to statehood in 1948 — there was no Arab equivalent to the brave and brilliant (albeit naive) “Ihud Group,” of the likes of Judah Magnes, Martin Buber and Hannah Arendt, willing to embrace binationalism — neither side ever really adapted well to the new situation resulting from the creation of the State of Israel. For Palestinians who were forced from their homes by Israeli soldiers, or instructed to leave by their own leaders in anticipation of a quick return, the difficulty of accepting their dispossession from their ancestral homes is certainly understandable. What is required on their part is, simply, recognition of a painful reality. Those olive groves, those villages, those stone huts are gone forever and have been replaced by schools, factories, apartment complexes and concert halls.

For the Jews, however, the situation is more complicated. Until statehood became a reality, Zionism was never required to define its goals. Was it a national liberation movement for the Jewish people, allowing them to create a society where they could be free of persecution and in control of their own destiny in their biblical homeland? Or was it a movement to liberate — or, more accurately, conquer — the land itself, regardless of the cost not only to its previous inhabitants, but also to all the other values that modern Jews hold dear, including, most particularly, democracy and human and civil rights?

The refusal of the Palestinian leadership to get serious about a negotiated end to the conflict allowed these two versions of Zionism to co-exist without that conflict. But those days are over, and the tragedy of recent history is the fact that just as a majority of Palestinians have finally come to recognize that they must accept the inevitable and bargain from their position of relative weakness, the ascendant Zionist right has no interest whatsoever in peace, whatever the costs to Israel or to world Jewry, if it means parting with even an acre of “holy” land.

The Paris panel featured Sari Nusseibeh, the soft-spoken but quietly heroic Palestinian philosopher and president of East Jerusalem’s Al-Quds University. Nusseibeh saw Judt’s article as relevant, if only because it was becoming increasingly difficult to imagine how to implement a two-state solution given the aggressive land grabs by the Israel government in the West Bank, with its 300,000 settlers, and East Jerusalem, with its 200,000 more. The irony, as his fellow panelist, distinguished Israeli historian and peace activist Zeev Sternhell, wryly noted at about 11:45 a.m., was that if all that was necessary were to work out the details of the end of the occupation and the creation of two states based on the finality of the 1947 borders — that is, of the Zionism that liberates people rather than real estate —“Sari and I could conclude a peace agreement before lunch.”

And yes, while the complications arising from the power and influence of Hamas are real and worrisome, the fact is that recent revelations from documents known as the “Palestine Papers” reveal a remarkable willingness of the Palestinian leadership to compromise on fundamental questions once considered unthinkable. Three years ago, former Israeli diplomat and political philosopher Shlomo Avineri told me that one reason he was pessimistic about peace was the fact that for all the secret meetings and contacts between the two sides, “only one Palestinian” he knew had ever been willing to say aloud what everyone knows to be true: that for peace to come about, the Palestinians must accept a “token” right of return rather than the real thing. That one Palestinian was Nusseibeh.

I asked Nusseibeh over dinner how he had managed to stay alive and healthy while saying the unsayable in a society where the frequent penalty is not the petulance of Abraham Foxman and Marty Peretz, but a bullet to the brain. He told me that he had been asked to account for his words inside a refugee camp, where, though he understood that he might be putting his life on the line, he felt he had no choice lest he live a life of fear and shame. At the meeting, the assembled young militants told him that while they were furious for what he said, and while they, personally, did not share his views, they admired his courage “in saying aloud what we know our leaders say every day in private.”

Now that this Palestinian willingness to compromise on so fundamental a goal has been made public — and nobody has been shot — Benjamin Netanyahu, Avigdor Lieberman and millions of right-wing Zionists are demonstrating that they never really had any interest in compromise in the first place. It’s the land they want, pure and simple, democracy and human rights be dammed. And for that reason, given current trends, Tony Judt’s 2003 article now stands less as a “utopian” alternative future for pro-Zionist Jews worldwide than as the warning of the potentially dystopian one in a not-so-distant horizon.

Eric Alterman is a CUNY Distinguished Professor of English and Journalism at Brooklyn College and also writes a column for The Nation.