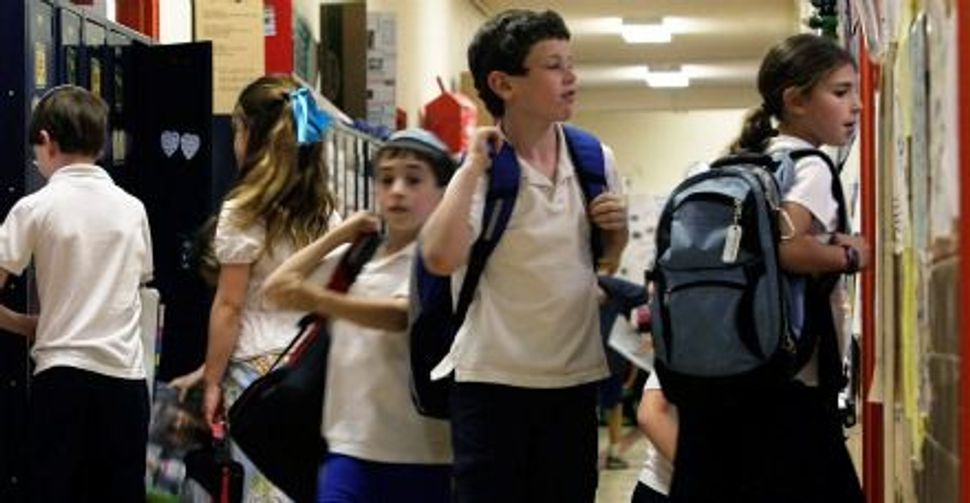 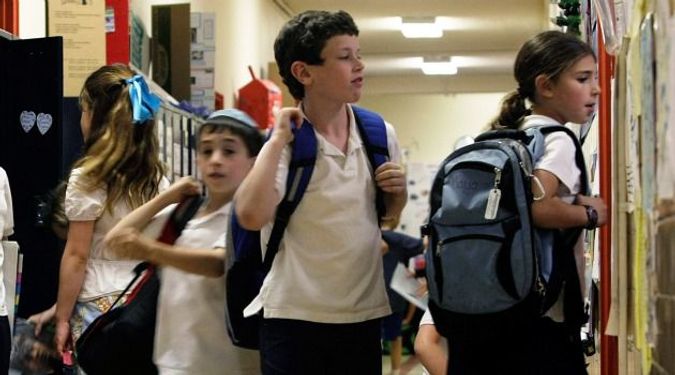 The Future: Students get ready to leave at the end of a school day at Washington, D.C.?s Jewish Primary Day School. Image by Getty Images

What happens when an idea is really important and needs our full financial support, but just isn’t sexy? Many philanthropies face this funding question every day. It’s a lot easier to get someone to pay for an ambulance than to pay for salary raises for medics. It’s a lot easier to get people to pay for a room in a building than to cover the cost of doing business. But what happens if we ignore medic salaries or the cost of rent and utilities? These expenses do not go away. Peoplehood is not sexy. But funding a peoplehood agenda is becoming increasingly urgent in the Jewish community today.

Abundant research has let us know that the way to most significantly impact Jewish identity and the bonds of peoplehood is by providing people with immersive, meaningful experiences. For the past few years, the organized Jewish community worldwide has recognized that the next major task facing us is strengthening Jewish identity, which we’ve come to call “the price of peoplehood.” Prominent Jewish sociologists have identified the declining bonds of peoplehood as one of the most significant challenges posed by modernity and by a culture of universalism. Having been raised in a world of pluralism and tolerance, Jews younger than 45 do not necessarily privilege their Jewish brothers and sisters above others when it comes to friendship, marriage, volunteerism and charitable giving.

As a result of this research, my friend and colleague John Ruskay, head of UJA-Federation of New York, says that supporting the peoplehood agenda is no longer a question — it’s a mandate.

They — we — need to educate our constituencies to make this paradigm shift by exposing them to the research and by pointing them to the simple realities of Jewish living through anecdotal experience. Look at our kids. Look at ourselves. What does Jewish identity mean when there are so many alternative identities we wear at the same time? If we don’t make the connection soon between authentic Jewish living and generous Jewish giving, we won’t need to discuss fundraising, because there won’t be Jewish institutions to fund. In plain terms, we used to have a people without a state, and now we are in danger of having a state without a people.

Where does that leave us? It leaves the organized Jewish community with one huge homework assignment. We have to fund a peoplehood agenda together. In the past century, we invested vast resources into the concrete project of the Jewish people: building a State of Israel. This overarching goal brought together many disparate streams of Jewish life to focus on a big, audacious goal. Today, our big projects — Birthright, MASA, day schools, Jewish camping — aim at creating a sense of belonging and community, but they lack one major ingredient for success: a collective goal.

Ask anyone who works for a federation, a Jewish community center or a Jewish school across the country, and he’ll say, “Sure, we fund peoplehood projects.” And they do. We are engaged in building the Jewish future, but we’re not doing it together, nor are we compelling others to be involved. Our organizations compete for limited resources even though they often have the same underlying objective. Our oars are rowing not in one direction but in multiple directions. Many of us who have had transformative experiences of Jewish life through education, camping and missions to Israel and elsewhere have not sufficiently re-created those moments for others with a coordinated approach. We need a “Peoplehood pay it forward” approach.

The seemingly endless splintering in Jewish organizational life has had immense consequences for fundraising. It is near impossible to create awareness of a pervasive communal problem when we are all trying to solve it in our own small ways rather than join forces in solving it together in a big way. I believe we can raise enough money to strengthen Jewish identity globally, but it will require a long, hard look in the mirror at the way we organize ourselves as a community. All our institutional splintering means that we are getting in our own way.

I believe it is time to get the major institutions and philanthropists who work on the peoplehood agenda in a room for several days of creative brainstorming on how we can make this work together. Jewish leaders understand that Jewish giving today will have to be based less on urgency and more on the subtleties and complexities of modern Jewish life. We just haven’t figured out a collective approach. We have no choice but to seize this historical imperative. It’s about time.

Misha Galperin is the new CEO and President of Jewish Agency International Development and the co-author of “The Case for Jewish Peoplehood: Can We Be One?” (Jewish Lights).