In Sudan, Say ‘Never Again,’ And Mean It 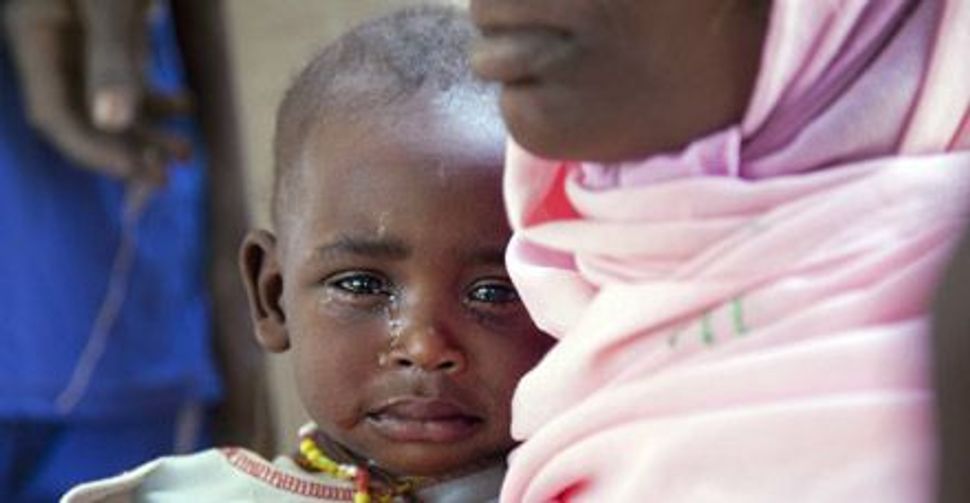 The special obligation of Jews to combat genocide and eliminationist politics, even injustice more generally — by now almost a cliché — is linked to Jews having been the victims of the Holocaust and of a long and bitter history of persecution. 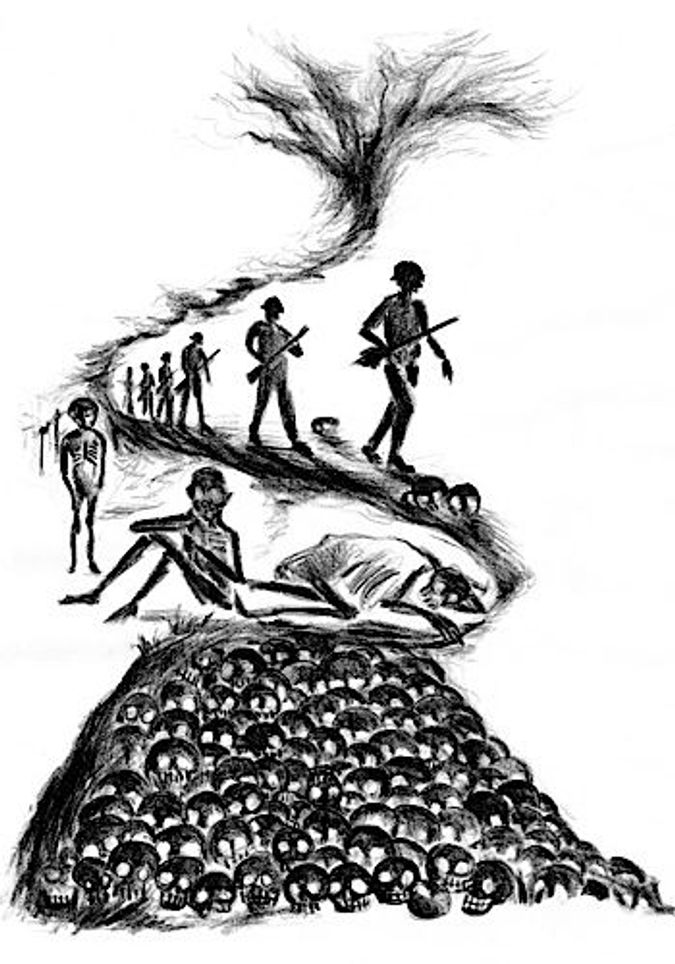 This call on Jews to urge the defense of the defenseless is pertinent again — sadly, it so often seems pertinent yet again —in the face of the renewal of two related things: The first is the Sudanese government’s eliminationist and exterminationist policies, this time being implemented in or threatening parts of recently independent South Sudan and two contested regions, South Kordofan and Abyei, where Sudanese forces have already killed and expelled from their homes masses of people, with potentially hundreds of thousands more to follow.

And the second is the reaction of our government and the world, which is to neglect, stand by and watch as it happens.

Led by Omar al-Bashir, the Sudanese government is a racist, political Islamic regime. For two decades it has waged a campaign of extermination first against the non-Muslim South, where the people are mainly non-Arab and Christian or Animist, and then against the people of Darfur in Western Sudan. In both areas, Bashir and his willing executioners have systematically brutalized and maimed, raped, expelled and killed an enormous number of people, with the total estimates being on the order of 2.5 million slaughtered and millions more driven from their home, regions and country. Bashir and his regime can certainly be counted among the worst mass murderers of our time.

Where do Jews come in? After the Holocaust, Jews have understandably, even laudably and repeatedly, said “Never again!” And this, rightly, has been a byword of Israel, whose people have been threatened regularly and continue to be threatened by enemies — from the grand mufti, to Nasser, to Ahmadinejad and the Iranian leadership and Hamas — who would like to do it again, and explicitly have said and threatened as much.

That this phrase was at first meant by Jews exclusively as self-protection and not as a universally applicable slogan and goal was understandable (if not justifiable), because the Jews had just suffered the most comprehensive large-scale genocide in human history, and also because Jews, no different from most non-Jews in the West, were inattentive regarding the eliminationist and exterminationist assaults that other regimes and other peoples were perpetrating elsewhere, especially against people of color in colonies and the developing world.

More recently, though, the phrase “Never again!” has come to be understood as a general principle that should apply to all groups and people. At the same time, it has become clear that the phrase is now hollow, devoid of real meaning. The international community has done little or nothing — take Cambodia, Guatemala, Bosnia, Rwanda and Sudan itself, among many other instances — as mass murderers have systematically slaughtered defenseless children, women and men.

And so, it is said — often by Jews — that Jews bear a greater duty to work toward making “Never again!” a meaningful phrase, a greater duty to press political leaders to pursue policies to stay the hands of mass murderers.

Frequently, when I lecture about the Holocaust or about genocide more generally, I am asked about this imputed higher duty. Such questioners are generally well meaning, sympathetically focusing on the Holocaust or drawing on aspects of Jewish tradition, and wish to mobilize Jews to stand shoulder to shoulder with the unfortunate current and potential future victims.

Albeit well meaning, this view is mistaken. Jews do not have a moral duty greater than others to combat mass murder. That is because Jews in this matter are positioned the same as non-Jews: They already have an absolute, universal moral duty — which they share with non-Jews, and which has nothing to do with Jews’ particular identities or histories — to do what they can to prevent innocent people from being slaughtered.

What differs for Jews, and what can be perhaps used particularly effectively to mobilize Jews, is not fictitious special moral duties or the discussion of them, which ultimately may — and should — ring empty. Rather, because of the Holocaust, Jews are more prone to identifying with the victims of genocide. Their empathy thus roused, they can more easily mobilize their emotions, including outrage, behind the acknowledgment of seemingly dry and abstract moral principles.

Most everyone thinks it horrible that the Sudanese political Islamists are eliminating and killing innocent people. But few onlookers summon the sense of necessity and urgency that we actually must go out of our way (yes, even at the cost of considerable resources) to stop perpetrators from brutalizing, raping, expelling and killing their targeted victims.

It is Jews’ psychological makeup, grounded in historical knowledge and often personal histories, that can reasonably make us expect that Jews should be more likely than many non-Jews to make the phrase “Never again!” mean something, to employ it as a genuine guide to action.

We ought to pressure our political representatives, especially the ultimate decision and difference maker, Barack Obama, to do at least as much for the helpless, innocent Sudanese as we are doing for Libyans.

We ought to declare that al-Bashir, the genocidal killer, has no more legitimacy than Moammar Qaddafi does in Libya and must be deposed, his totalitarian and murderous regime with him.

We ought to vigorously seek to carry out the International Criminal Court’s warrant to arrest and try Bashir for his mass murdering. We should selectively bomb his military forces and installations until his armed forces stop their killing and expulsions, and target Bashir personally from the air, the way we have targeted Qaddafi. We should extend our country’s Rewards for Justice program — which has been operating for two decades under Democratic and Republican presidents and led to the death and capture of many of Saddam Hussein’s followers in Iraq — to offer $1,000,000 rewards for the death or capture of al-Bashir and other leaders of his regime.

Would anyone reading this have wanted us to do less to help save the Jews of Europe during the years of the Holocaust? Why should it be any different for those people of Sudan whom Bashir is eliminating and exterminating, or threatening to do so?

As the specter of eliminationism and genocide afflicts and haunts Sudan and the world, let’s speak the language not of ethnicity or religion, but of moral duty buttressed with appeals that will rouse people’s empathy.

Let’s also rouse people’s empathy and create a sense of urgency to act on that duty however we can. For Jews, reminding them of the Holocaust is both an effective and laudable means for doing so. I have interviewed survivors of many genocides, including the Holocaust. Over and over, they say that they want the truth of what happened to them to be told, precisely in the hope that the same will not happen to others.

Let’s make the phrase “Never again!” mean something tangible. We can start by saying, “Not this time!”

Daniel Jonah Goldhagen is the author of “Worse Than War: Genocide, Eliminationism, and the Ongoing Assault on Humanity,” which is the basis of the Public Broadcasting Service documentary of the same name. His work can be read at goldhagen.com.

In Sudan, Say ‘Never Again,’ And Mean It