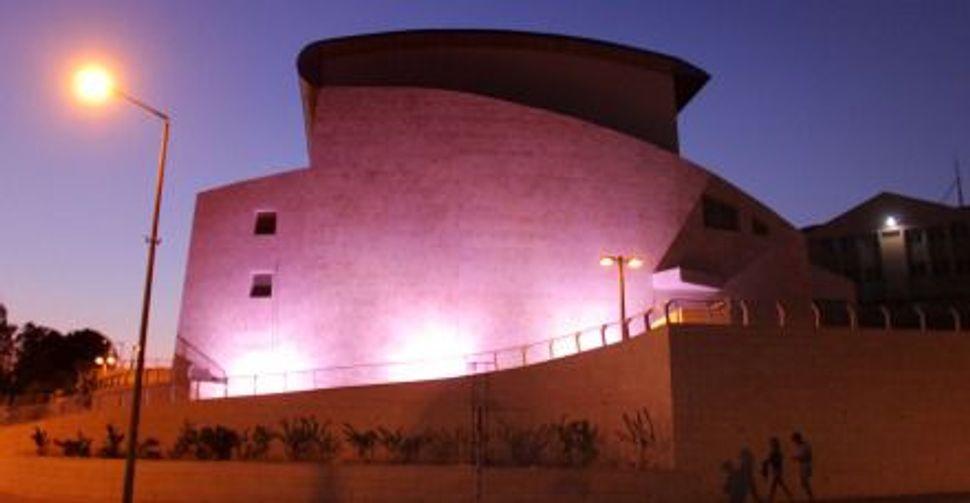 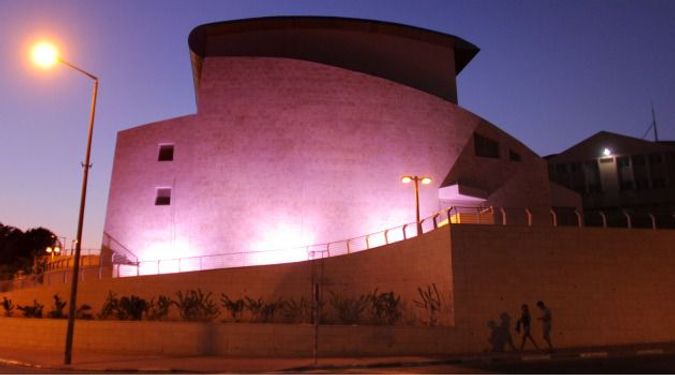 Off Limits: The new cultural center at the large West Bank settlement of Ariel became controversial when a group of Israeli artists said they would boycott any performances there. Image by Getty Images

A few minutes after midnight on July 11, the night the Knesset passed its anti-boycott law, a hundred or so young Israelis gathered at Rabin Square in Tel Aviv. Since the square is being renovated, they clustered along one of its edges. Some of them improvised protest signs, facing them towards busy Ibn Gvirol Avenue. Others were chatting. After about an hour, it was all over. Watching from the bustling pubs and coffee shops on the other side of the street, it was impossible to tell that Israeli democracy had just suffered its worst blow in years.

A few hours earlier, Prime Minister Netanyahu’s rightwing coalition — enjoying a clear support from the Knesset and facing an indifferent public — decided to outlaw perhaps the most common forms of active political opposition to the occupation: the conscious refusal to travel to the West Bank, to work there, to buy from companies operating in the settlements or to participate in cultural activities east of the Green Line.

The anti-boycott law is more far-reaching than any other piece of Israeli legislation deemed anti-democratic in recent years. Many of those had to do — at least on the surface — with security concerns. Others weren’t so easy to implement. The worst of them, the Nakba Law, denies state funds to organizations, including Palestinian ones, that would commemorate the Palestinian catastrophe in 1948. This law was a provision of the budget bill, with several checks and balances installed in it. It is still a direct attack on freedom of speech, but it doesn’t have the deliberately broad and vague mandate of the anti-boycott bill. According to the new law — which will soon take effect — every person who sees himself as hurt by a call to boycott the state or parts “under its control” (i.e. the West Bank) can press charges and win compensation without proving damages.

The meaning is clear: Almost anything said about the immoral nature of the occupation and the need not to cooperate with it could be seen as a violation of the law. A parent who wishes to withdraw his kid from a school trip to Hebron — a recently declared initiative by the Ministry of Education — could be sued for damages. An actor who publicly refuses an invitation to perform in the territories could also get in trouble. And, of course, an NGO that calls for a settlement boycott could be stripped of its tax license.

During the final Knesset debate on the law, Finance Minister Yuval Steinitz called boycotts “an anti-democratic act” and said that the new law is actually a defense of democracy. Yet boycott is a well-known form of grassroots action, used during the most glorious chapters of civil rights struggles around the world. And to be sure, Israel has not banned boycotts altogether — just those that have to do with the occupation. It is still legal to boycott non-kosher restaurants, overpriced cottage cheese or a company that mistreats its employees. It is illegal to boycott the settlements or anything to do with them. The Knesset has tried to take the occupation — the single most important issue in Israel for the last four and a half decades — out of the political debate.

There is no similar piece of legislation in the democratic world. Some supporters of the bill cited an old U.S. provision regarding the boycott on Israel, but the two are not even close: The American law deals with banning corporations from following orders from foreign governments, while the Israeli legislation is directed against the right of the country’s own citizens to even talk openly about the dominant issue in their country’s political life. In fact, the Knesset’s own research unit, working under the guidance of the parliament’s Constitution, Law and Justice Committee, failed to find similar examples for such legislation in the West. Instead, it settled for citing legal orders from Venezuela, Eritrea, Ethiopia, Jordan and pre-revolution Egypt.

It is easy to dismiss such laws by saying that “they won’t be implemented” or to find comfort in an expected Supreme Court ruling that would deem the anti-boycott bill — or parts of it — illegal. But even if the law is not carried out, or if it is struck down by the court, there is a more important point to make here: In the clearest choice it ever faced between the occupation and democracy, Israel has picked the occupation. And right now, there is no reason to believe it wouldn’t repeat this choice again and again.

Noam Sheizaf is an Israeli journalist, based in Tel Aviv. He blogs at 972 magazine.