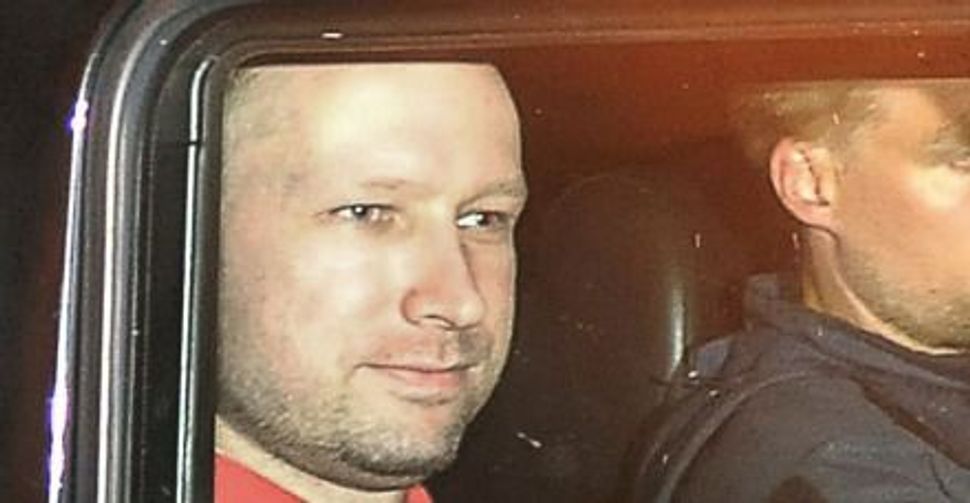 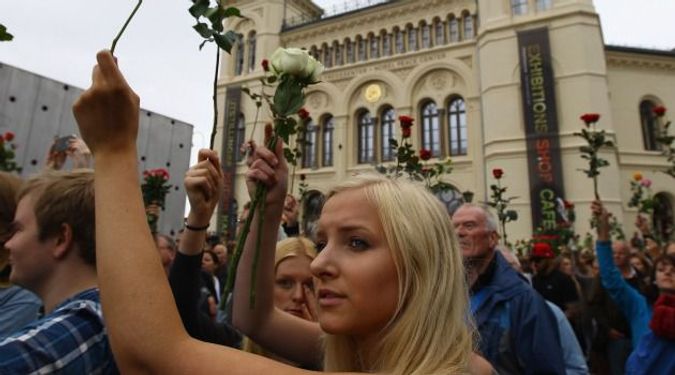 Mourning After: Norwegians poured into the streets to mourn the dead and speak out against extremism. Image by Getty Images

Imagine, as many did at first, that the perpetrator of the horrendous terrorist attacks in Norway had been a Muslim associated with Al Qaeda. Imagine that right-wing bloggers and commentators had seized on this fact for political capital and had accused Muslim ideologues and politicized clerics of bearing indirect responsibility for the crime. The left would be outraged. They would correctly emphasize that you can’t tar whole communities with the barbaric actions of one individual. They would condemn the crime but call for caution before casting the net of blame far and wide. Or perhaps they would even describe the massacre as “blowback” for Western crimes against the Arab world.

Of course, Anders Behring Breivik, who was responsible for the attacks, is not a Muslim; he is an extreme right-wing Norwegian whose worldview combines elements of neo-fascism, Islamophobia and far-right Zionism. So the normal rules don’t apply. Many left-wing commentators feel perfectly free to deploy the same tactics they routinely condemn as outrageous when used by their opponents. Not coincidentally, those at the forefront of these efforts — on sites like Electronic Intifada, Mondoweiss and Tikkun Olam — are also those who were first to highlight Breivik’s sympathies for right-wing Zionism. Their strategy is to exploit the awful events in Norway for dubious political gain.

There are three main elements to this strategy. First comes the implication of right-wing thinkers in the crime. As Max Blumenthal puts it, “The rhetoric of the characters who inspired Breivik, from Pam Geller to Robert Spencer to Daniel Pipes, was so eliminationist in its nature than it was perhaps only a matter of time before someone puts words into action.” There’s nothing wrong, of course, with condemning the worldview of Daniel Pipes and others. But to imply that these views somehow support or are responsible for the terrorist carnage in Norway is absurd. Again, imagining that the terrorist had been a Muslim, how would Blumenthal have reacted if someone wrote something similar about, say, Noam Chomsky or Arundhati Roy?

The second element is to dismiss any suggestion that the murderer might be mentally unstable. By contrast, when the killer is a Muslim, this is the first defense that will be made. Soon after the 2006 shootings at the Seattle Jewish Federation, for example, Richard Silverstein wrote: “If it hadn’t ended so horribly, one could almost see in Haq’s [the gunman’s] spiritual quest a yearning for release from the torment of his mental illness. While one must acknowledge this as a hate crime, far more significant for me is his mental illness as a motivating factor. This was a man who could just as easily have taken his anger out on the telemarketing company boss who fired him.” There is nothing wrong with highlighting Haq’s history of mental illness. What is important is that Silverstein does not even consider the possibility in the case of the Norwegian attacks. And earlier this year, after the shooting of Rep. Gabrielle Giffords in Tucson, Ariz., he wrote that “those on the right who are fending off responsibility for the violence he [Jared Lee Loughner] wrought… are fond of noting that the shooter was insane and not making a coherent political statement.” Why the double standard? Is there something genetically different in the makeup of Muslim and non-Muslim killers? Is there some reason that one would be more susceptible to mental illness than the other? Of course not. It merely shows that left-wingers are just as willing as right-wingers to apply double standards when it suits them.

The coup de grace is to try and implicate Israel in the crime. Blumenthal writes that Breivik doesn’t “appear to have any connections with the Israeli government,” and then he goes on to list examples of how the Norwegian government has shown sympathy for the global Boycott, Divestment and Sanctions movement, as if this is somehow connected to Breivik’s rage. Larry Derfner goes even further. Despite identifying himself as more of a liberal Zionist, he seems barely able to contain his glee at the political fruits that he thinks will follow from the killings: “It’s a good thing that Zionism’s anti-Muslim Right is going to be badly discredited by this racist mass murderer; in fact it’s a godsend…. Once the manifesto is fully digested, all of Zionism, Israel as a whole, maybe even Jews as a whole, could suffer. But… I think this revelation is going to do more good than bad for the long-term health of Israel, the Jewish people, the Middle East and the world.”

Unfortunately, Derfner doesn’t expand on what good he thinks will come from the bodies of 93 murdered Norwegians. But we can offer an educated guess. Those on the left who use the arguments outlined above are seeking to demonize whole communities for the crimes of one murderous wing nut. While it is true that Breivik clearly identifies with the ideas of a number of right-wing thinkers, this does not mean that those thinkers are responsible for what happened in Oslo, anymore than Chomsky was responsible for 9/11. If there is any lesson to be drawn from what happened, it is that people must be held equally accountable for their crimes, no matter their ideology. The same rules must apply, whether you kill in the name of Allah or in the name of some absurd notion of an ethnically pure Europe. This act of terrorism should not be used for scoring political points. The debate surrounding the massacre in Norway is only just beginning. Let’s make sure it doesn’t drag us all down into the swamp of broad accusations and bad faith.

Alex Stein is a freelance writer whose work has appeared in the Guardian, The Jerusalem Post, Haaretz and The Jewish Chronicle. He blogs at http://falsedichotomies.com.