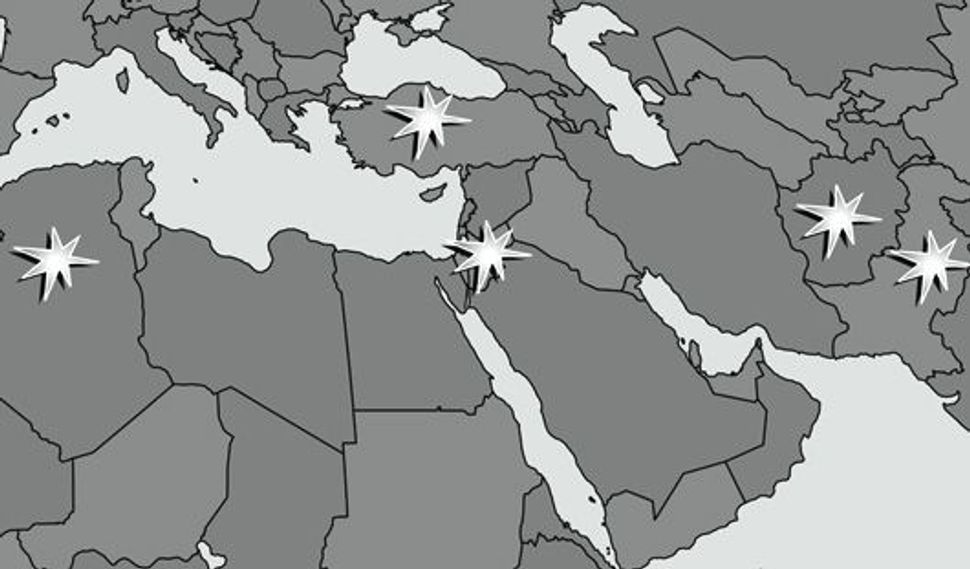 A major shift is under way in the politics and power balance of the Islamic world, and it calls for a fundamental change in American and Western strategic thinking. Handled well, the shift holds out the possibility of a lasting thaw in the tensions that now dominate relations between the West and Islam. But if it is mishandled or ignored, the likely result will be a continuation of the current, dangerous spiral downward. Right now, it appears that our leaders — Republicans and Democrats alike — are missing the warning signs.

What’s visible above the surface right now is a confusing tangle consisting of local and regional crises, large and small, that are heating up across the Muslim world from Algeria to Pakistan. For the most part, they’re being treated as separate phenomena, but there is a common thread: the continued advance of fundamentalist Islamism.

In Algeria, at Islam’s western edge, extremists fighting the government for years have recently allied themselves with Al Qaeda and launched a new wave of attacks. They first took up arms in 1992 after the military called off an election that the Islamists were expected to win. Now they have hitched themselves to the cause of global jihad. Their current campaign took 55 lives in just two days in late August.

In Pakistan, at the eastern end of the Islamic world, the American-allied president, Pervez Musharraf, was forced to resign last week following parliamentary threats to impeach him. That leaves the nuclear-armed nation in the dubious care of the ruling coalition’s two squabbling parties, which were elected earlier this year and have little in common except hatred of Musharraf. 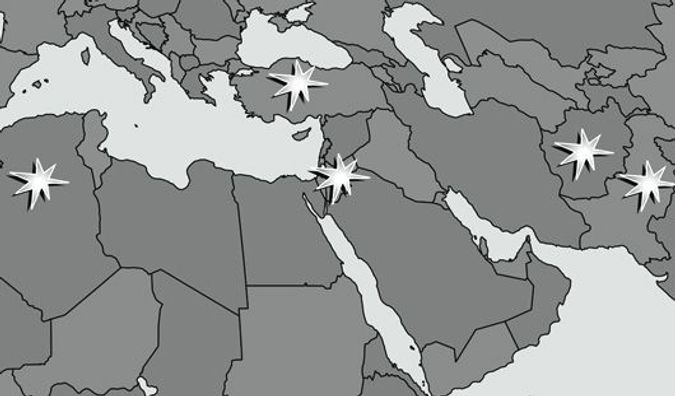 Pakistan’s emerging governmental chaos, in turn, frees the hand of the Taliban, the Al Qaeda-allied fundamentalist group that ran Afghanistan until the United States drove it out in November 2001. Since its defeat, the Taliban has been based in Pakistan’s ungovernable northwest, reportedly under the protection of Pakistan’s own intelligence services. From there it directs a renewed Islamist insurgency that is well on the way to recapturing Afghanistan, dealing America a humiliating defeat. It’s also extending its control for the first time into neighboring sections of Pakistan. Nobody seems to know how to stop it.

At the center of the Islamic world, meanwhile, the Islamist government that rules the secular Republic of Turkey shocked its neighbors and allies this month by inviting Iran’s President Mahmoud Ahmadinejad to pay a visit. Turkey is a member of NATO, a trusted ally of the United States and Israel’s closest friend in the Muslim world. Its turn toward Islamic tradition and flirtation with Iran are causing high anxiety in the West. And that’s not all that’s worrisome about Turkey’s new style: Observers in the region say that the two Islamic giants, Turkey and Iran, are emerging as the new regional power centers, while the traditional leaders, Egypt and Saudi Arabia, both close, longtime American allies, are losing influence and relevance.

Even Jordan, one of the most pro-Western, anti-fundamentalist regimes in the Arab world, is testing the waters. Jordanian defense officials met with senior officials from Hamas over the past few weeks to talk security. The powwow was a direct breach of the strict quarantine around Hamas leaders declared by Washington. A year ago, Jordan’s young king would not have dreamed of wandering so far off the reservation. Right now, though, the Hashemite kingdom evidently sees which way the wind is blowing and does not want to be caught short.

The shifting winds could hardly be more threatening to America’s interests — to say nothing of Israel’s. If the plan in the war on terror was to subdue Islamist fundamentalists and strengthen moderates, the opposite has happened. The Taliban, whose defeat in Afghanistan was America’s one clear victory, has nearly completed its comeback. Al Qaeda, never defeated, is expanding its reach to new regions. Moderate Muslim nations that were supposed to be a bulwark against the fundamentalists are either fading into the background or reaching out to the jihadists. Declaring war on the Islamists was not, it seems, the answer.

Nor was promoting democracy the answer. Letting the people speak was supposed to put the radicals on the run. Instead, the ballot box was their ticket to power — in Turkey, Lebanon, the Egyptian Parliament and the Palestinian Authority legislature. In Algeria, thwarting the elections just as the fundamentalists were about to win touched off a 15-year civil war with no end in sight.

For all that, the fundamentalists’ upward trend could present America and the West with an opportunity if not to win, then to change the rules of the game. We could welcome the steps by Turkey and Jordan to open dialogues with radicals, rather than condemning them. We could make clear that we, too, would like to enter a dialogue if we knew something would come out of it. We could make peace the goal of the dialogue rather than a precondition.

With luck and skill, an embrace of the less hostile fundamentalists could put America back at the center of a broad coalition of friendly nations willing and eager to follow our lead, instead of the despised, crippled giant we have become over the past decade.

An initiative like this could — and should — come from whichever party wins the November elections, if that party can overcome its fixed preconceptions about security, the nature of threat and the use of force. Given the failure of the current approach, there’s no reason to delay.