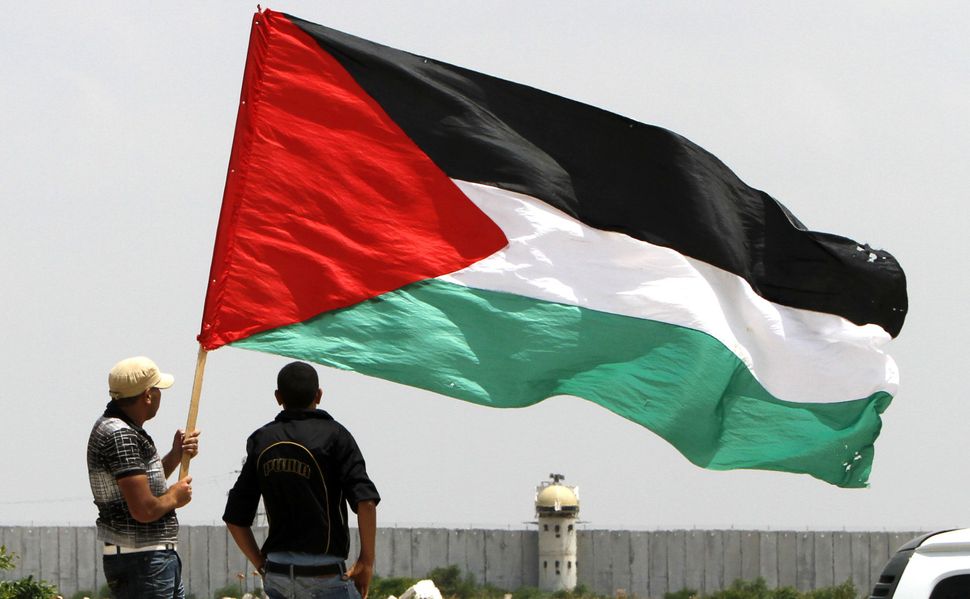 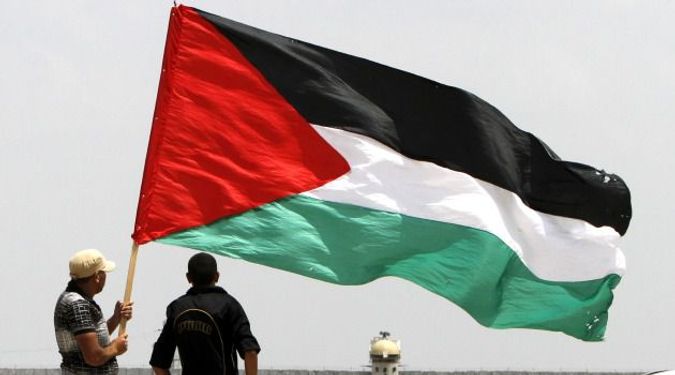 Toward September: As Palestinians move close to declaring their own state, experts weigh in on the implications of the move. Image by Getty Images

Give Them A Reason Not To Do It

The wisdom of the various plans for Palestinians to approach the United Nations in September with a statehood-oriented diplomatic initiative may be debated, but not the Palestinians’ right to make the approach.

Israel was, in effect, created by the U.N. Partition Plan of 1947 and gained U.N. membership in 1949 without the agreement of Palestinians or any of its neighbors.

Like Israelis, the Palestinians have every right to seek independence, bilateral relations with all states and full U.N. membership. While the United States and Israel have described such plans as “unilateral,” anything that takes place in the U.N. is, by definition, multilateral.

It may be outside the scope of negotiations, but it is not, in fact, unilateral at all.

Those who are encouraging a potential Palestinian U.N. initiative need to provide the Palestinian people political, diplomatic and financial protection from the consequences. But those who want them to forgo it need to give their leaders a real diplomatic and political reason to do so, given the intolerable realities that the occupation is ongoing and diplomacy at an impasse.

Hussein Ibish is a senior research fellow at the American Task Force on Palestine.

A Path to Frustration and Anger

It’s too soon to speculate on the possible fallout of Palestinian moves at the United Nations this fall, because we don’t know what resolution they will present; however, it’s hard to see anything positive resulting — and all too easy to predict a whole array of negative outcomes.

The biggest negative is the blow this unilateral move will deal to the concept of negotiations as the only way to resolve the conflict. It would be hard for either side to quickly return to the table after such a resolution. Taking into account America’s. election, we are likely looking at the middle of 2013 at the earliest — and a lot of negative things could happen in the interim. At worst, this resolution could mark the final end of the peace process that started with the Oslo Accords. And we know from experience that when there is no viable peace process, extremists and terrorists fill the vacuum.

In a recent poll of Palestinians by The Israel Project, respondents were asked to list the two top priorities for President Mahmoud Abbas to pursue: Eighty-three percent said creating jobs; 36% said expanding health care and solving water shortages. Just 4% mentioned getting the U.N. to recognize a Palestinian state.

The danger is that Palestinian economic progress could be set back (with the possible loss of funding from the United States) and that frustrations could boil over in the territories into a new intifada. The results would be tragic for all — but especially for the Palestinians.

Alan Elsner is communications director of The Israel Project.

No Way To Solve a Problem

A conflict cannot possibly be resolved until all possible areas of contention are determined and addressed. Without an “end of claims” clause as part of a negotiated solution, the conflict will continue. Only when both sides sign such a claim that will negate any possible future conflagration over outstanding issues will the century-long conflict between Jews and Arabs finally be laid to rest.

An enduring peace, security and stability should remain the goals of the international community for our region. This Israeli government has ascribed to the notion that the two-state for two-people solution can contribute to this end; however, it is unhelpful and unwise to confuse the means to the end with the end result.

At the United Nations, when nations are asked whether they will recognize a unilaterally declared Palestinian state, they will have to decide whether they want a peaceful resolution or a continuation of the conflict.

The only end to the conflict remains through a mutually agreed-upon negotiated solution. If the international community grants one of the sides its demands without any compromises on the core issues, then our region will be doomed to further violence and bloodshed.

The threats — or challenges — Israel is facing have changed dramatically from what they once were. As kids growing up in Tel Aviv in the 1930s, before the founding of the State of Israel, our top concern was how to build and develop our Jewish community, how to develop our embryonic state. Everything was done so that if and when the day came that we would switch from being under the British flag to our own flag, we would be ready. And indeed we were ready.

But we have now reached the point where the existence of Israel as a free, Jewish, democratic state is at stake.

I would have been happy if Israel had initiated a counterproposal to the United Nations recognition being sought by the Palestinians. But whatever the outcome of the expected resolution, I hope that it can have a positive result. It may bring an end to the status quo. And both parties need some action that says the status quo is over. In that sense, the U.N. resolution might serve an important higher purpose and move us closer to a resolution of the conflict.

Shlomo Gazit was Coordinator of Israeli Government Operations in the Administered Territories and later head of military intelligence.

It all depends on whether President Mahmoud Abbas’s head or heart ultimately prevails.

If it’s the head, driven by reason, he’ll find a way to pull back from the dead-end course he has set for his people. After all, going to the United Nations to seek recognition for statehood won’t get the Palestinians anywhere; only the negotiating table will. The United States will veto in the Security Council. The General Assembly, led by the ”automatic majority,” will pass yet another pro-Palestinian resolution, but can’t undo the Security Council action. And the Palestinian street will be elated on day one that its leader didn’t back down, and angry and restive on day two, when it discovers that nothing has changed on the ground because the Palestinian Authority neglected to include Israel in the process.

But if the heart is in the driver’s seat, animated by emotion, he’ll just keep going, unwilling to back off from his calamitous course. Any victory at the U.N., though, will be Pyrrhic. The peace process will be dealt another body blow. Israel will conclude that it has no serious partner. American aid to the P.A. will be vulnerable.

Abbas’s choice should be obvious, but given the track record to date, I’m not yet placing any bets on it.

David Harris is the executive director of the American Jewish Committee.

The vision of “two states for two people, living side by side in peace and security” can be achieved only through bilateral negotiations. Unilateral and symbolic actions, like the unilateral declaration of the Palestinian state at the United Nations, will not promote peace. In my mind, it will postpone it.

The parties to the conflict, Israelis and Palestinians alike, must sit together in order to debate, discuss and solve the complicated issues facing the implementation of a real and lasting peace.

Nowadays, more than ever before, Israel is delegitimized and isolated at the U.N. If the Palestinians ask the General Assembly of the U.N. to recognize their independent state, they will gain the required majority. But this will not bring Palestinian independence closer. It may do the opposite — namely, bring more hostility and frustration among the people in the region and risk the achievements of the last few years in the West Bank in terms of law and order and economic growth.

The basic and natural right of every person and every people in the region to live in dignity, freedom and peace ought to be recognized by the negotiating parties. Israeli and Palestinian leaders must resume face-to-face negotiations and be willing and ready for painful concessions before it will be too late.

Gabriela Shalev was Israel’s ambassador to the United Nations from 2008 to 2010.

Can Anyone Blame Them?

While United Nations action in September can’t create a Palestinian state (or force Israel to do anything it doesn’t want to do), Israel, the United States and America’s organized Jewish community are treating such action as a red line.

Yes, there are concerns about the U.N. move, but assuming that these concerns are sincere, where are the intensive efforts to avert a September showdown? Why isn’t Israel reaccrediting negotiations and testing Palestinian intentions by embracing President Obama’s May 2011 speech? Why isn’t the United States working to transform this Palestinian initiative into a springboard for real progress? Why aren’t American Jewish leaders welcoming the Palestinians’ U.N. effort for its commitment to nonviolence and a negotiated two-state solution?

Instead, Benjamin Netanyahu says he’s already decided the details of a “negotiated” deal, and he labels Palestinian rejection of his terms proof that they don’t want peace. Obama raises expectations and fails to meet them. Congress, egged on by the American Israel Public Affairs Committee, threatens dire consequences if the Palestinians follow the U.N.’s blue-brick road. And settlement expansion continues.

Can anyone blame the Palestinians for going to the U.N.? Their doing so reflects the failure of peace negotiations, not the rejection of them.

Drawing a line in the sand over September reflects something more troubling, because, regardless of the U.N., this conflict will continue until there is a mutually agreed-upon solution — a solution that Israeli and American hard-liners cannot abide. For them, September is a long-awaited pretext to definitively close the door on the peace process. In reality, they’re the ones trying to use the U.N. to avoid a negotiated end of the Israeli-Palestinian conflict.

Lara Friedman is director of policy and government relations at Americans for Peace Now.

The U.N. is fundamentally a multilateral forum that tackles global issues, such as the Israeli-Palestinian conflict. Recognition of the Palestinian state demonstrates the international community’s commitment to preserve the two-state solution.

The Palestinians do not take this step lightly, nor is it a political “ploy.” But after years of fruitless talks and deteriorating conditions, due in part to Israel’s expansionist policies and its refusal to enter into real, substantial negotiations, the Palestinians have sought out the intervention of the international community as a last resort. It must be stressed that such recognition is not a substitute for negotiations. In actuality, this action reinforces the likelihood of achieving a just and lasting peace centered on internationally accepted terms of reference to put an end to the conflict and all historical claims once and for all.

Maen Rashid Areikat is the Palestinian Liberation Organization’s representative to the United States.