The Sword of September 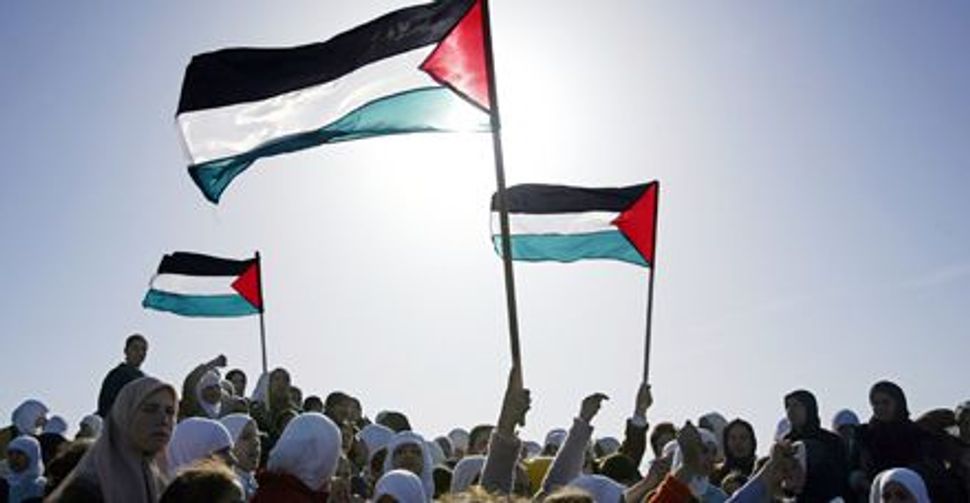 September is here. Hanging over the head of world diplomacy like the Sword of Damocles, the month has taken on a new and foreboding meaning this year: It’s the time when the Palestinians plan to ask the United Nations to, in one form or another, elevate their national aspirations. Even many Palestinians think this is a bad idea, and we agree. But ever since their leadership, out of frustration or diabolical ego — take your pick, though we’d choose the former — decided to put down this marker, what could have been a positive force for reconciliation has instead turned into a moment everyone seems to be dreading. As economies sink and cities smolder, this is hardly the time for a conflagration at the U.N.

It doesn’t have to happen, but it will take just the right mix of Israeli and Palestinian flexibility, American leadership and European unity to avoid impending disaster. And one more thing: The American Jewish community must position itself as a force for reason and compromise, promoting Israel’s best interests but not standing in the amen corner if the Netanyahu government continues to make a difficult situation much, much worse.

No one party shoulders all the blame here. The Palestinian Authority leadership is understandably frustrated that the genuine steps it has taken to build a state from the ground up and to engage in unprecedented security cooperation with Israel have not moved the needle on statehood and seem only to have invited more intransigence (and more settlements) from the Netanyahu government. But the P.A. has painted itself into a corner. Most experts believe that national recognition, requiring a Security Council vote that the United States will understandably veto, is a non-starter. Second best is elevation to nonvoting observer status, a stepping stone to sovereignty but far from the real thing. The upside: diplomatic encouragement on the world stage. A more level playing field if negotiations resume. A political win back home.

The downsides: Well, that depends. From Israel’s perspective, the most potent danger is that it will embolden Palestinian President Mahmoud Abbas to pursue cases against Israel for alleged war crimes in the International Criminal Court. Another very bad idea. Such a strategy would dramatically escalate Israel’s isolation and do so unfairly, shifting the conflict from the negotiating table to a venue bound to be more litigious and confrontational.

The United States has already made very clear its opposition to any move like this on the part of the Palestinians, and that, too, can lead to significant downsides if this major source of funding and support turns away. Especially worrisome would be the action threatened by some in Congress, to cut off the half billion dollars in aid it sends to the P.A. That’s not just another very bad idea, it’s a dangerous one. Satisfying though it might be to yank money away from a misbehaving dependent, the collapse of the P.A. would be a disaster for the region, halting economic development and security cooperation, and undoubtedly ushering in a more radical regime.

Unfortunately, the hope that the Sword of September would propel Abbas and Prime Minister Benjamin Netanyahu to resume negotiations has been dashed with each passing week. With only days left before the U.N. General Assembly opens on September 20, trying to avert an actual vote may be futile; instead, the emphasis must be on crafting language that will give the Palestinians a tangible advance while protecting Israel from unilateral borders, further diplomatic isolation and judicial witch hunts. It is possible. Not likely, but possible.

The words can be found. But can the will? Can Netanyahu and Abbas summon the fortitude to prevent an epic clash and the creativity to chart a more productive path? Can the Obama administration stick to the course it laid out last May, in two wise and courageous speeches by the president, and finally secure that as a blueprint for serious negotiation? Can European leaders shelve their differences and ambivalences to constructively support this effort?

We can only hope. But as American Jews, we can also do something else: Urge our elected officials and self-appointed communal leaders to turn September into a time for reason and compromise, to remove the sword dangling above us and replace it with something that, in the long run, will be more productive for Israel.

The Sword of September