Why We Don’t Miss Rummy 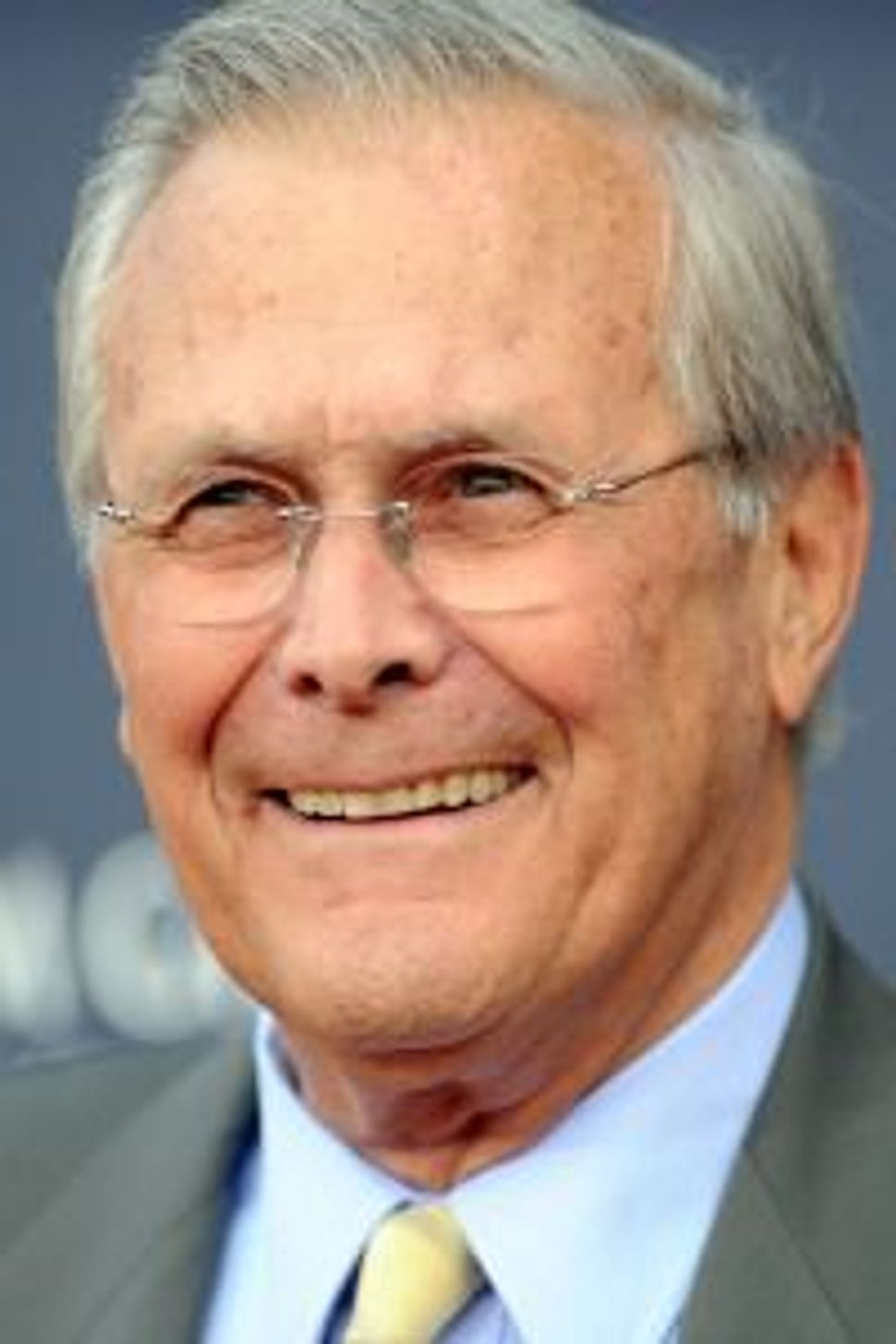 It was (literally) a blast from the past, a tableau of familiar faces from the last Bush administration, but the men on stage had less hair — except for Michael Medved’s wonderfully bold, black moustache. The author and talk-show host was the moderator of a discussion sponsored by the Jewish Policy Center, a think tank that seems to be so intertwined with the Republican Jewish Coalition that they share the same executive director. Held at the 92nd Street Y just days before the 10th anniversary of 9/11, the discussion was supposed to be about lessons learned and future challenges. 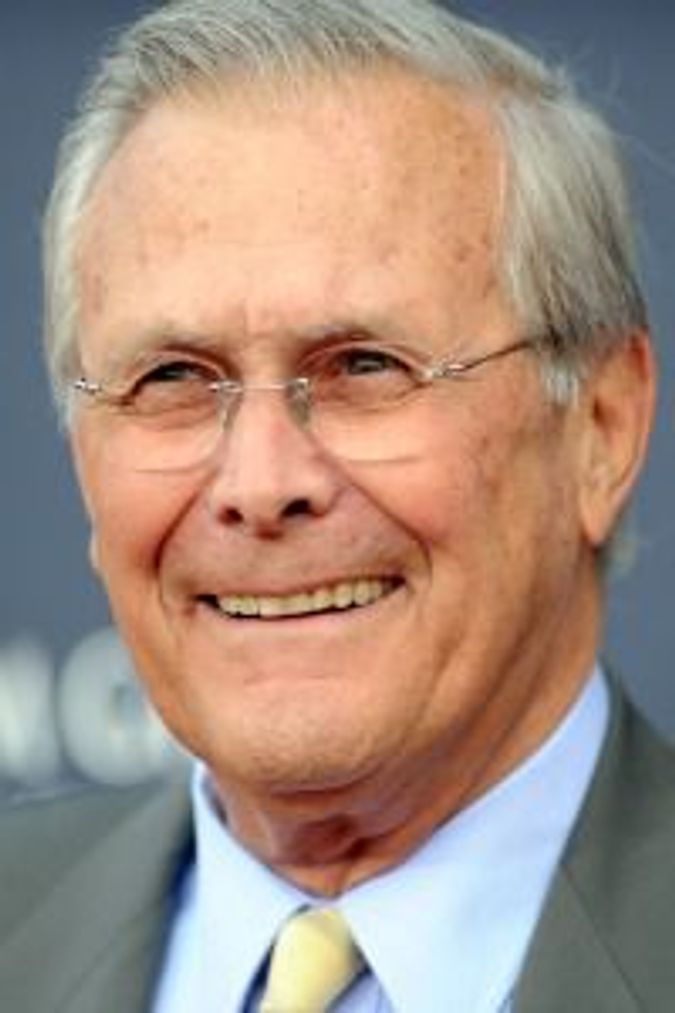 I learned a few things, alright. For one, Donald Rumsfeld, the former defense secretary, probably can’t go anywhere these days in what’s left of Blue America without courting noisy protesters, who insist he’s a war criminal in such a disruptive, annoying way that they do their cause a great disservice. But he’s obviously used to this, and let the angry chants go by with his Cheshire-cat smile.

More troubling was his answer to one of Medved’s few challenging questions: Why didn’t President Bush ask for more sacrifice in the wake of 9/11, instead of just asking us to spend money by shopping?

The administration tried to think of some way for ordinary Americans to contribute, Rumsfeld replied. But “no one could find exactly what that was.” Then he repeated this astonishing statement: “There wasn’t something we could figure out to ask the American people.”

Really? Nothing? How about asking the American people, and their elected leaders, to honestly pay for the two wars that the administration launched in the wake of 9/11, instead of funding them off the books of the federal budget? How about creating mandatory national military and community service, to harness the deep patriotism engendered by the horrific event and, not incidentally, help young people gain marketable skills and communities reap much-needed assistance?

Guess that didn’t occur to them.

Also on the panel were Ari Fleischer, former White House press secretary, and Michael Mukasey, former U.S. Attorney General and both, it should be noted, high profile Jews.They are smart, sharp men, highly ideological, but also willing to answer the softball questions thrown by Medved with a shade of welcome nuance.

Even so, in a supposedly wide-ranging discussion of American policies and actions since 9/11, none of these men mentioned the assassination of Osama bin Laden. I guess if their guy didn’t get ‘em, it doesn’t count.

Medved did ask Rumsfeld whether he would take back his old job in the Pentagon if it was offered by President Obama. “I’ve been married 56 and a half years,” Rumsfeld replied. “My wife would leave me.”

Whew. Glad that’s not an option.

Why We Don’t Miss Rummy