Why My Grandpa Was No Hitter on Yom Kippur 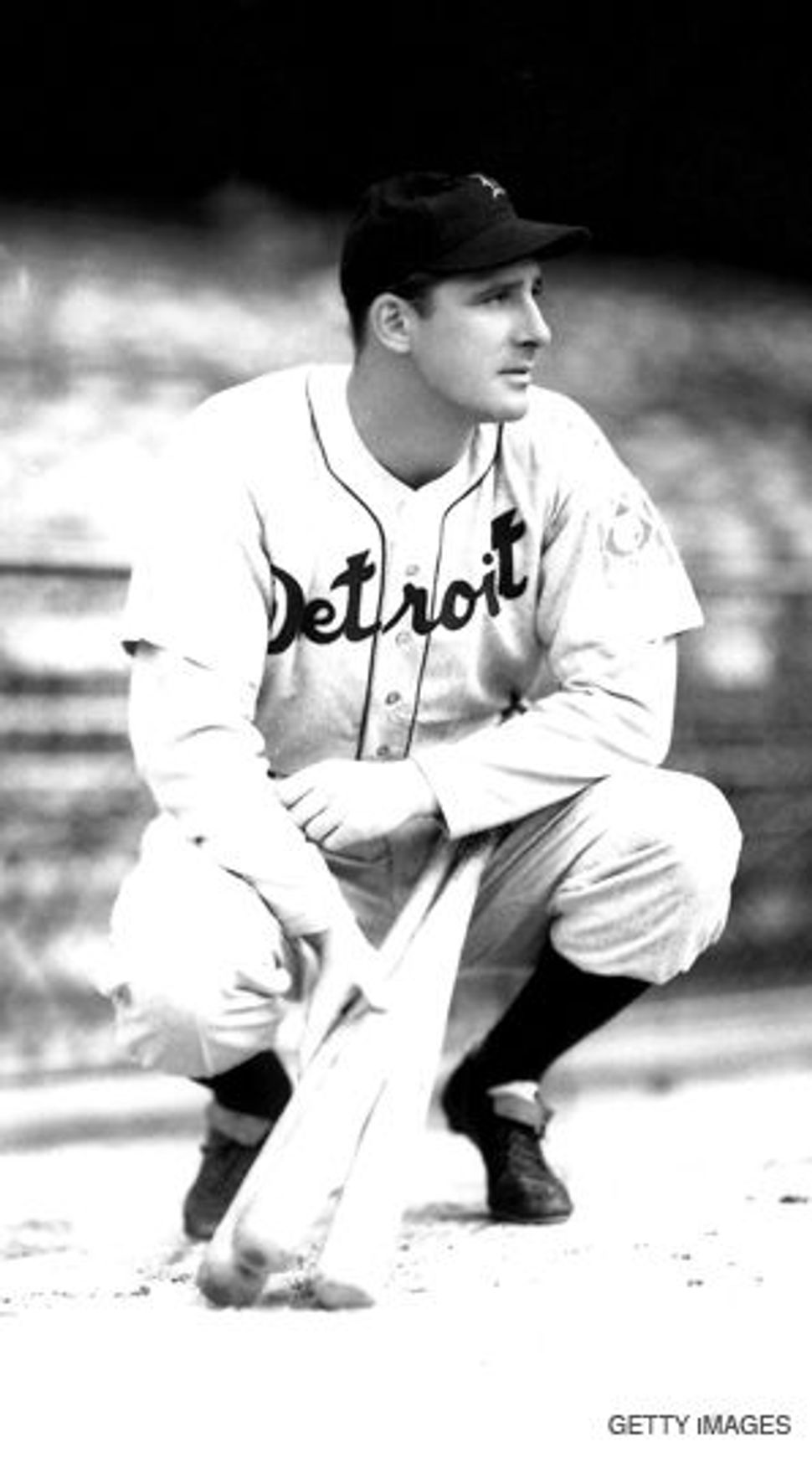 ONE FOR THE TRIBE: Baseball legend Hank Greenberg sat out a game on the Day of Atonement.

Yom Kippur is rather inconveniently timed. Just ask any Jewish baseball player. It invariably falls during either the pennant race or the post-season, which poses a dilemma for players with teams that are championship contenders. 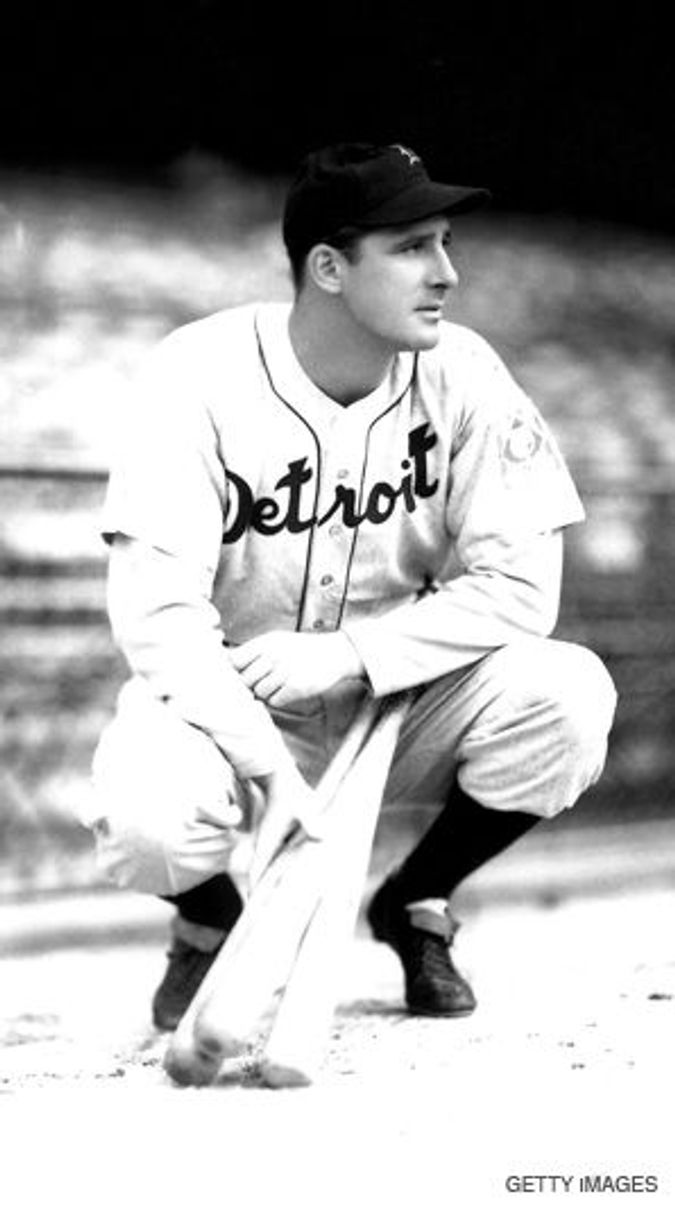 ONE FOR THE TRIBE: Baseball legend Hank Greenberg sat out a game on the Day of Atonement.

In 1934, my grandfather, Hank Greenberg, was the first big leaguer to sit out a game on the Day of Atonement. He was a man for whom baseball was practically a religion, so his was not an easy decision — particularly because the Tigers were in a close race for the American League pennant, and he was a fierce competitor.

The deliberation began with Rosh Hashanah. Much to the consternation of many fans, my grandfather initially announced that it was his intention to sit out the Jewish New Year. But a leading Detroit rabbi, presumably a baseball fan, cleared him to play, citing an obscure passage from the Talmud. As it happened, my grandfather provided the two home runs that allowed the Tigers their 2-1 victory against the Red Sox. The Detroit Free Press applauded his effort by publishing a front-page headline the following day, reading, “Happy New Year, Hank” — in Hebrew.

With only days left until Yom Kippur, he would soon be faced with another predicament. Despite the fact that he was not particularly observant, he ultimately decided to sit. He realized that his choice was bigger than his personal relationship to his religion. It was about doing the right thing by acting as a representative for the Jewish people. For American Jews, who were still only acknowledged as second-class citizens, his was a meaningful decision. While he would not be met by the roar of the stadium crowd, he was greeted with thunderous applause and a standing ovation when he walked into synagogue.

The Tigers lost that outing, in large part due to his absence. One might say, however, that he won a victory for his people by making the statement that their heritage was something in which they could take pride.

In 1965, Sandy Koufax, the next of the great Jewish ballplayers, also observed Yom Kippur, sitting out the first game of the World Series. Like my grandfather, Koufax was admired for his decision, though it would have dire consequences for the Dodgers that day. Don Drysdale, who pitched in his place, had an abysmal outing, giving up seven runs in 2 2/3 innings. As Dodgers manager Walter Alston approached the mound to pull him from the game, Drysdale gave him a sheepish look, saying famously, “Hey, skip, I bet you wish I was Jewish today, too.”

In recent years, Gabe Kapler has been one of the most vocally Jewish athletes in baseball. He has a tattoo of the Star of David on one leg and the words “Never Again,” a reference to the Holocaust, on the other. Given his devotion to his heritage, one would think that the decision to sit out Yom Kippur would be a no-brainer for him. Yet, in both 2001 and 2004, when faced with this choice, he decided to play.

Kevin Youkilis, like Kapler a player for the 2004 Red Sox, did not take the field that day. Unlike my grandfather and Sandy Koufax, however, he did not go to shul but, rather, suited up and sat in the dugout — perhaps a reflection of his ambivalence. He wanted to honor his religious tradition, but it seemed his heart was in the game. That same year, Shawn Green, who had sat out Yom Kippur in 2001, was scheduled to play not one but two games over the holiday. In the end, he went with a compromise, playing one and sitting the other. Green said that, while he was not religious, he felt it was important to at least acknowledge his faith.

When asked about their respective decisions, players have responded that it is a personal choice — that every individual has to do what is right for him. That is not entirely true.

Heavy though the burden may be, I believe that Jewish players share the same obligation as my grandfather — to serve as representatives for their people. Admittedly, he lived in different times. Jewish athletes, however, still have the ability to affect their communities.

If Kevin Youkilis and Shawn Green had wanted to send a message, they might have been more effective if they had made stronger commitments to their positions. Moreover, since Gabe Kapler cares so deeply about the Holocaust, he could have acknowledged the people who lived through it by exercising a right that they were denied — the right to be Jewish, to observe Yom Kippur.

Ultimately, the decision to sit on Yom Kippur is not necessarily about religion but rather heritage, tradition and pride. If there are any Jewish players left standing come this Yom Kippur, I hope they bear that in mind, remembering that, as Jewish ballplayers, their decisions are bigger than simply personal ones.

Melanie Greenberg is a freelance writer living in New York. She is finishing her first novel.

Why My Grandpa Was No Hitter on Yom Kippur