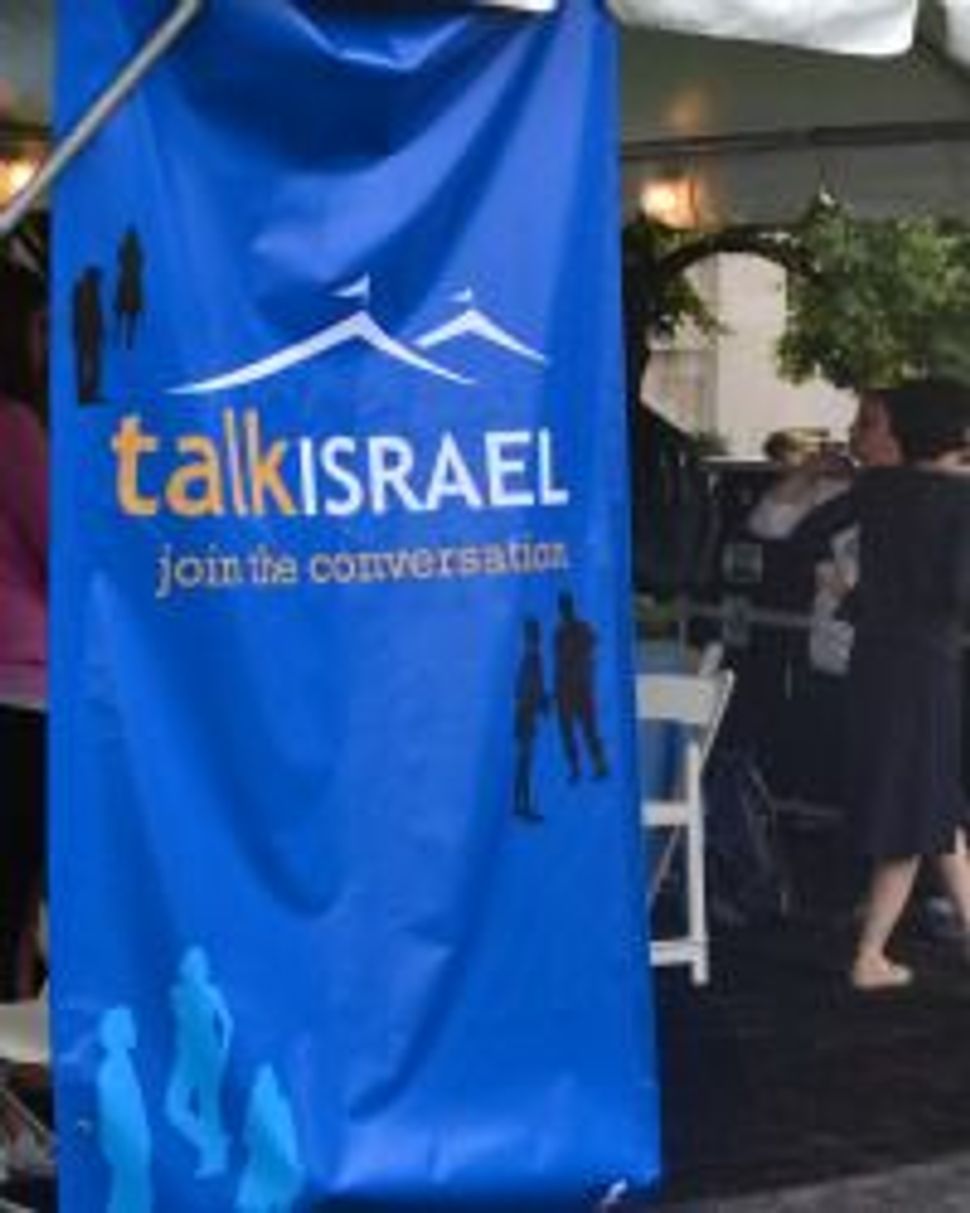 With the Palestinians poised to make their bid for statehood at the United Nations, another diplomatic effort was taking place on Columbia University’s manicured campus five miles uptown.

Hillel, the national Jewish student organization, erected an open-air tent on September 21 with the words “Talk Israel: Join the Conversation” on a blue banner on Columbia’s Hamilton Lawn. Inside, there were two TV screens, one featuring video clips of Israeli bands and movies, and the other projecting Talk Israel’s Facebook page. There was also a large square table, around which half a dozen Hillel members and Columbia and Barnard students sat to, well, talk about Israel.

“The wider message is that stuff should be achieved via dialogue,” said Tor Tsuk, Columbia Hillel’s Israel Fellow, a new position created by the national Hillel to conduct Israel programming on campus.

The Talk Israel tent at Columbia is one of 20 Hillel tents popping up on campuses in the U.S. and Canada this week timed with the Palestinian bid for statehood at the U.N. Columbia is considered a “hot campus” by Hillel officials since it has been the site of clashes between pro-Palestinian and pro-Israel student groups.

“I don’t think we have a formal stance,” said Tsuk when asked what Hillel made of the U.N. vote. She said that Hillel supports Israel’s right to exist as a Jewish state, but beyond that, it takes no position on the outcome of Israeli-Palestinian conflict.

The day’s agenda was posted on an oversized notebook resting on a painter’s easel, which kept getting blown over by the breeze. The morning would begin with a student led discussion of the “General Conflict History,” followed by a conversation about “Technology and Politics” and then one on immigration. Conservative author and blogger Micah Halpern was scheduled for the 3:00 slot to discuss the Palestinian bid for statehood at the U.N. He would be followed by Hillel President Wayne Firestone and Brad Rotschild of Ameinu, a dovish Zionist organization.

When class was dismissed at noon, students began filling the quad and a few wandered over to the tent, where a Hillel member was about to begin speaking about Israeli technology.

“I saw something that seemed pro-Israel and I came in,” said Dani Gorshein a freshman at a joint Jewish Theological Seminary-Columbia program.

Three students wearing black shirts and keffiyehs walked just inside the tent, but stopped at the edge. The students at the table looked up at them. “You can come join us,” said one. But the three hung back.

“I keep thinking, if this were in Israel, as a Palestinian, I would not be invited to the table,” Tanya Keilani said in an interview afterward. “That is something that needs to be talked about.”

Then she walked out of the tent and joined a small group of students from Columbia’s Students for Justice in Palestine chapter who had gathered several yards away.