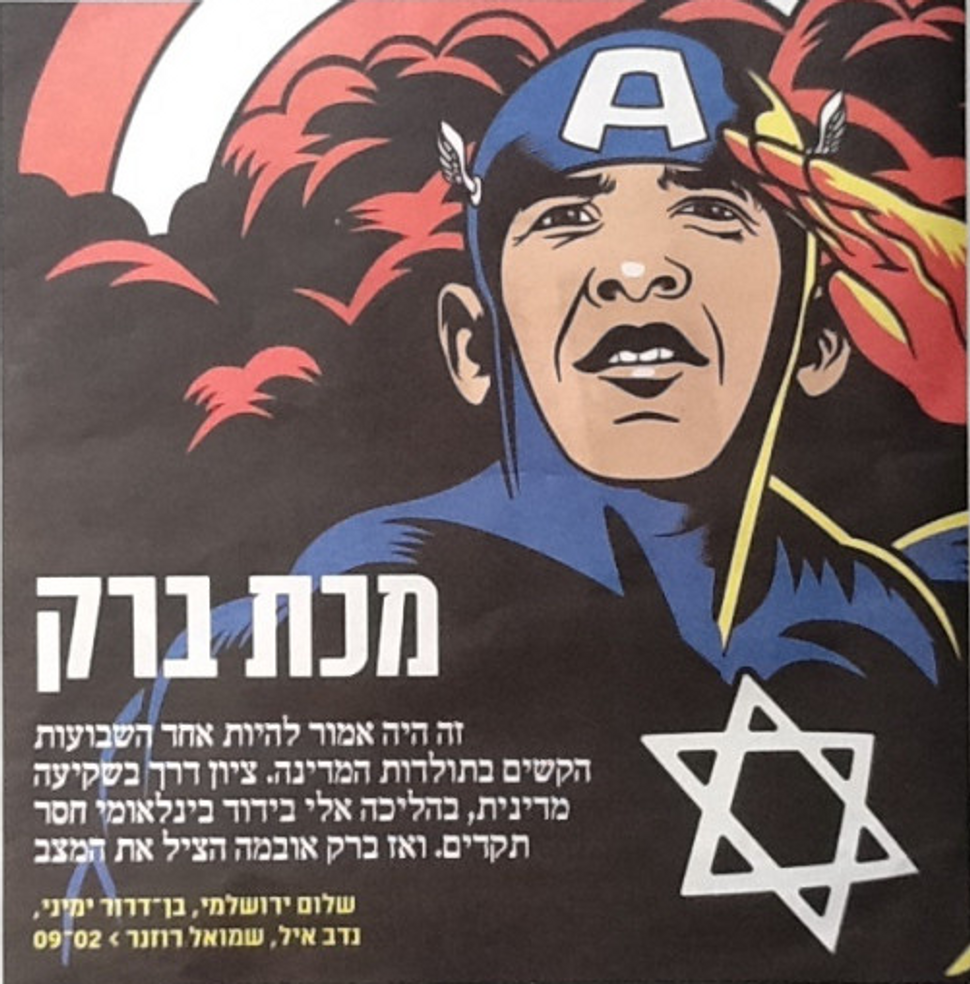 Apparently, all it took was a speech.

After Barack Obama’s address to the United Nations last week, in which he spent approximately two minutes telling the Israeli narrative in a way that satisfied certain Jewish ears (and, of course, opposing Palestinian statehood), he is suddenly in the good graces of the Israeli population for really the first time since his election. The man who once had an abysmal 4% approval rating, is now, according to a new Jerusalem Post poll thought by 54 percent of Jewish Israelis to have policies that are favorable to Israel, while 19 percent said they are pro-Palestinian. In the sad, zero-sum logic of the conflict, this means they like him.

But you didn’t need the polls. The whole tone of the way the mainstream Israeli media has covered Obama seems to have changed. Nahum Barnea, the country’s most respected columnist, mockingly called the president “Israel’s ambassador to the UN.”

And then there was the cover of Maariv’s weekend magazine. Enough said.