The Specter of the Sixties 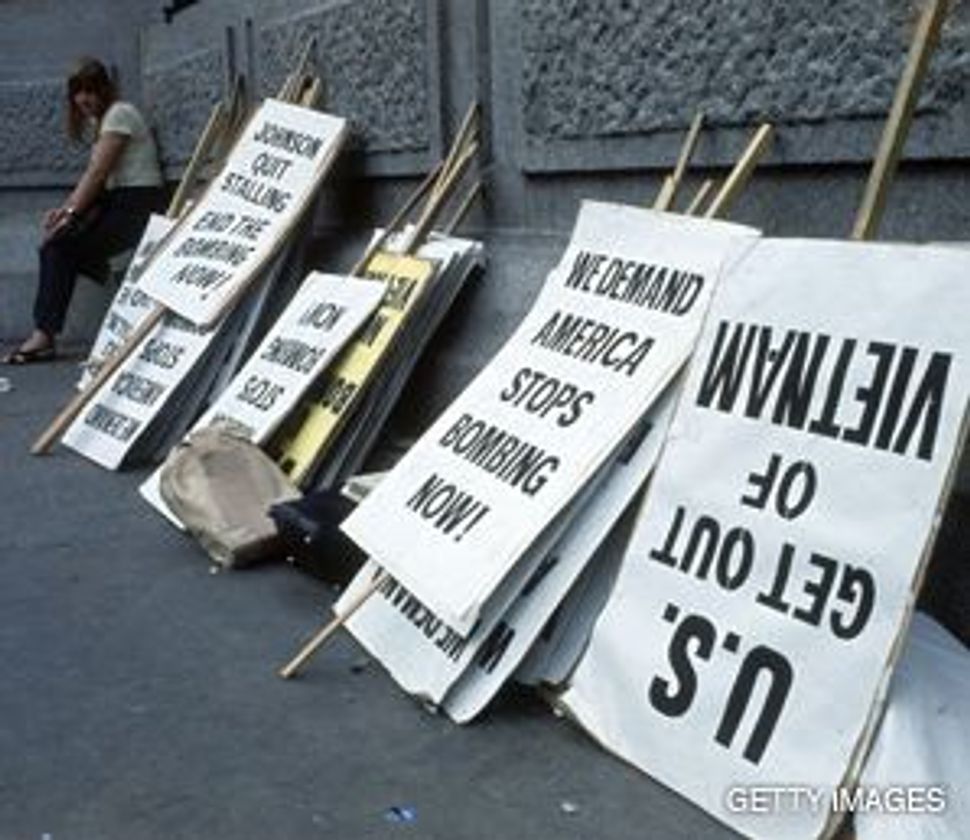 As a historian of the 1960s, I feel a bit like Rip Van Winkle when I watch this year’s presidential campaign. 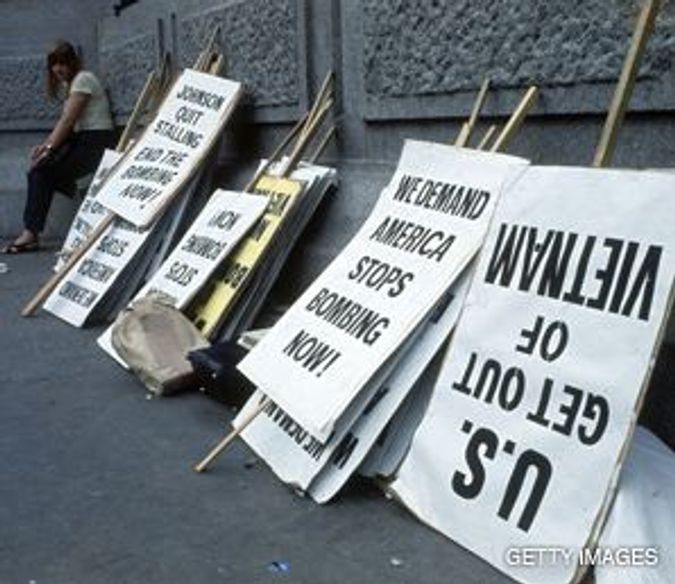 John McCain has largely staked his candidacy on the hard lessons he learned during his ordeal in the Hanoi Hilton. McCain and his running mate, Sarah Palin, accuse Barack Obama of waving “the white flag” of surrender in Iraq — a line of attack that parallels conservative critiques of America’s exit from Vietnam. Republican efforts to link Obama to Bill Ayers revive the specter of anti-American radicalism with which Richard Nixon drove George McGovern to electoral humiliation. And Palin’s resentment of “the Washington elite” and her suggestion that Obama “is not a man who sees America as you see America and as I see America” recall George Wallace’s jibes at “the intellectual incompetents” who “look down their noses” at hard-working, God-fearing citizens.

Obama also channels the ’60s, albeit in a more affirmative fashion. He describes his campaign as a “movement” that has galvanized the young and refers often to his years as a community organizer — a vocation that grew up alongside the black freedom struggle. The date of his acceptance speech in August happened to fall on the anniversary of the 1963 March on Washington, which made comparisons with Martin Luther King Jr. inescapable.

Yet it is the GOP candidates who echo that turbulent decade in nearly every speech they deliver. As the absurdly long campaign nears its end, they seem to be betting on the truth of William Faulkner’s famous dictum, “The past is never dead. It’s not even past.”

But McCain and Palin are losing, and their reliance on themes from the 1960s may be part of the reason. Forty years ago, the nation was engaged in a cultural civil war, and such conflicts always take a long time to resolve. The shadow of the ’60s has fallen over every presidential campaign since then — from debates about “the Vietnam syndrome” to battles about drugs and abortion to questions about one candidate who dodged the draft and another who was accused of lying about his combat experience. Liberals were in power during the bygone era of turmoil and violence, and conservatives have been making them pay for it ever since.

While candidates kept trading charges, however, the nation was changing in fundamental ways. Recent immigrants, both legal and illegal, have altered the face of the workforce, bringing new tensions and new political alliances that transcend the old division between blacks and whites. Thirty-five years after the end of the draft, young Americans no longer have a common experience of serving in the military or trying to avoid doing so. Meanwhile, opinion polls reveal that such “wedge issues” as abortion and gay marriage were losing salience even before the onset of the current economic crisis. It is difficult for politicians to keep kindling resentments from the 1960s when most of the people who were adults back then are now cashing Social Security checks.

It wouldn’t be the first time that a pivotal era in American history slowly lost its political resonance. The passions of the Civil War faded in a similar manner. For three decades after Robert E. Lee’s surrender, Republican candidates would “wave the bloody shirt” in an attempt to brand Democrats as unpatriotic. In turn, Democrats stoked the hostility of the white South and indulged in openly racist appeals to white workers in the North. Not until the last presidential candidate who was a Civil War veteran, William McKinley, had passed from the scene did the major parties stop fighting over the legacy of the 1860s. The fact that a troubled young anarchist killed President McKinley indicated that a new kind of conflict was roiling the nation.

If Obama is victorious, we may remember 2008 as the year that silenced the echoes of the 1960s as well. Commentators who speak of the Democratic nominee as a post-civil rights figure with a mixed racial heritage suggest a desire to move beyond an era when hardly any American was able to straddle the racial divide. Meanwhile, the financial debacle has revived alarming comparisons to an earlier decade — the 1930s. If we undergo a deep and prolonged recession, images of failing banks, bread lines and even striking workers may make us nostalgic for ones of freedom marches, rock festivals and fire-fights in the jungles of Southeast Asia. The past will be very much alive, but it will be a different past.

Michael Kazin is a professor of history at Georgetown University. He is the author of “A Godly Hero: The Life of William Jennings Bryan” (Knopf, 2006) and co-author of “America Divided: The Civil War of the 1960s” (Oxford University Press, 1999).

As the race for the White House continues, the Forward presents the views of policy makers, opinion-shapers and even a politician or two in a nonpartisan forum offering a balanced range of opinion. The views expressed are not endorsed by the Forward, which does not support or oppose candidates for public office. This series is intended to help our readers educate themselves on the issues surrounding the quadrennial November dilemma.

The Specter of the Sixties