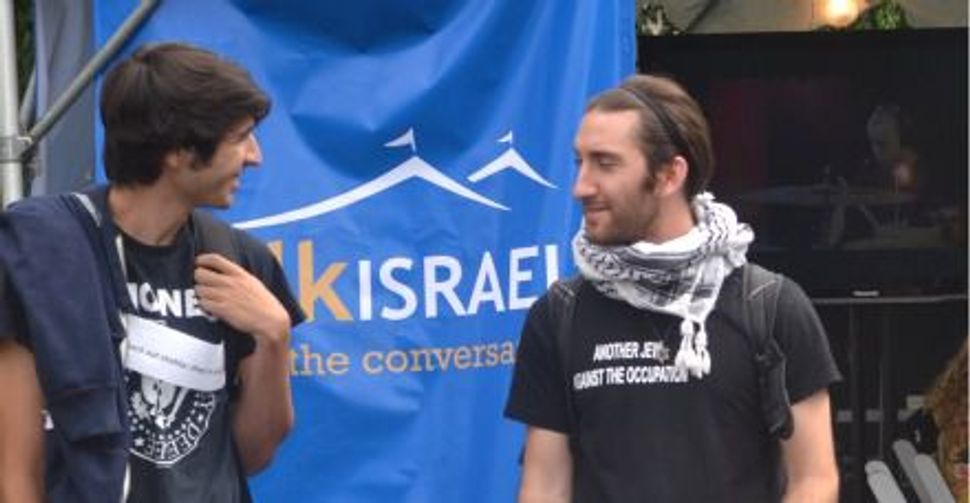 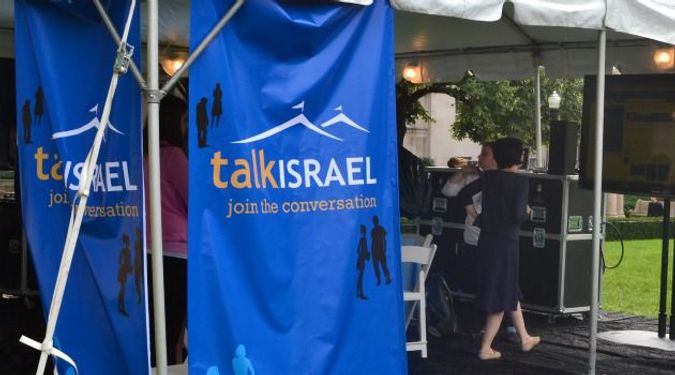 Hot Topic: The drama over the Palestinian bid for statehood has put Israel front and center on campus. Demonizing the Palestinian leadership will only drive students away from Israel and set back the cause of peace, writes the national president of J Street U. Image by Naomi Zeveloff

At college campuses across the country this fall, students are lining up on one side or the other of the most current fault line in the Israeli-Palestinian conflict: To support the Palestinian statehood bid, or not?

Lines have been drawn, talking points distributed. The narratives of each side are familiar, as each makes the case for why this latest crisis is entirely the responsibility of the other. For those who know that ensuring Israel’s future as a democratic home for the Jewish people requires establishing a Palestinian state by its side, the moment, and the campus conversation, is sad and frustrating. It is clear to most that this latest initiative will not bring positive change on the ground. Instead, it will most likely increase tensions, anger and desperation, all of which could contribute to an expansion of the already growing violence. It is for these reasons that J Street U, the campus arm of J Street and the organization that I will serve this year as national student president, is opposed to the move — and that we worked throughout the summer to avoid this moment by encouraging support of President Obama’s efforts to restart negotiations.

Yet while we don’t support the Palestinians’ move, the collective response of the organized American Jewish community is troubling. On campus, the “Real Partners, Real Peace” initiative is indicative of the trend. Sponsored by the Israel on Campus Coalition in partnership with, among others, Christians United for Israel (an organization not exactly known for backing a two-state solution), “Real Partners, Real Peace” encourages students to distribute literature, write op-eds and host programming that makes the case, in short, that the Palestinians’ United Nations bid proves that Israel has no partner for peace.

There is no place in this narrative for the state-building and peacekeeping efforts of the Palestinian Authority in the West Bank, which numerous Israeli generals and experts have praised as successful and crucial to the attainment of a two-state solution. No discussion of the increased settlement building on land that most Israelis and American Jews believe ought to be the future home of a Palestinian state. No questioning of how we arrived at this point, of how Israel was allowed to plummet to possibly its lowest international standing ever, of how so many in the American Jewish community decided to attack our president when he tried to avert this situation last May with a fair-minded speech.

None of this, sadly, is surprising. As a young person who grew up in the Jewish community, from day school through college I have long been taught to treat the conflict as a war between the good guys and the bad guys.

Campaigns like “Real Partners,” by focusing on a two-state solution, reflect a growing recognition in the Jewish community that the story as I was taught it is unconvincing to most young Americans. Yet the new package, when opened, reveals the old narrative of us verses them, unchanged.

The values on which our American and Jewish heritages are built — introspection, compassion, humility, creativity — have little voice in such a conversation. The large number of American college students who cherish these values will be hard-pressed to find any trace of them in the Israel advocacy they see on campus.

It is no wonder, then, that so many young people step away from the conversation. I know too many students for whom this new attempt to paint the Palestinians as the sole uncompromising party to this conflict is alienating, friends who support Israel yet see in these arguments only a hollow — sometimes even hateful — rhetoric.

We have, then, a choice. We can continue to pretend that these issues are black and white — that all Palestinians are wrong and all Israelis are right, that there is no Palestinian partner for peace and no Israeli obstacles to it. We can call for “retribution” against the P.A. or the U.N. in the form of funding cuts. In so doing, we will further undermine the current Palestinian leadership, both internationally and in its own society. Given that Israel cannot survive as a democratic Jewish homeland absent a Palestinian state, weakening a Palestinian leadership that is open to negotiation is potentially disastrous. If we say “we have no partner” for long enough, it will prove a self-fulfilling prophecy.

Or we can go a different route. We can adopt an attitude of constructive self-criticism and compassionate action. We can re-examine the basic tenets of an attitude toward the conflict that has brought us no closer to a solution. We can put ourselves in the shoes of the other and exchange a one-sided approach for a much fuller view. We can welcome new voices into the fold. We can embrace our role as advocates for a peaceful, safe and secure Israeli future. We can recognize the interdependent reality of the conflict, standing with Israel while combating destructive attempts in our Congress to cut aid to Palestinians.

J Street U’s growth over the past year — to more than two dozen campus chapters today from just seven, to more than 500 students at our conference last year from 220 — demonstrates that if young people are invited to engage seriously and thoughtfully with this issue, we will respond.

Yet as long as we as a community continue to prefer well-worn rhetoric and knee-jerk rejection to thoughtful and serious analysis, all the combined efforts of Israel advocacy will remain just a lot of sound and fury, signifying nothing — nothing except the sad depths to which we’ve fallen.

Logan Bayroff is a junior at the University of Pennsylvania and national student president of J Street U.