Congress Shows Lack of Leverage With Threat To Cut Off Aid 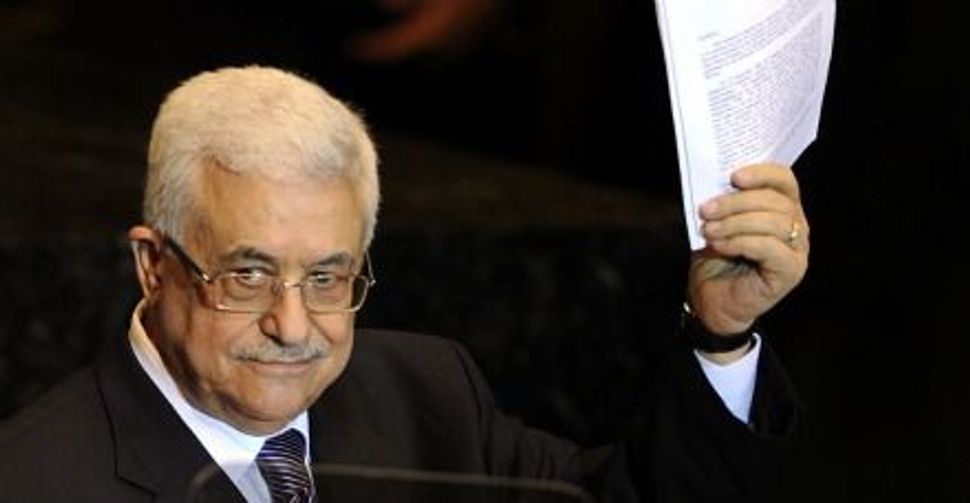 As an Israeli who sees the occupation as a plague both on Palestinians and on Israelis, I think it’s a good thing that Congress just held back $200 million in economic aid to the Palestinians as punishment for their statehood bid at the United Nations. It’s a good thing, because now that the Republican Party (and much of the Democratic Party) is indistinguishable from Likud USA, American involvement only makes the Israeli-Palestinian conflict worse, so the less influence America has over here, the better.

And the withholding of the $200 million gives the United States even less influence over the Palestinians than it had after President Obama, at Israel’s behest, did them in at the United Nations.

The Arab League has already offered to make up the $200 million to President Mahmoud Abbas’s Palestinian Authority in the West Bank. The United States can even hold back on all $600 million it gives annually to the P.A.; there are plenty of oil-rich Muslim regimes that would love the honor of displacing America in Palestine. And if the P.A. goes broke, the 76-year-old Abbas says he’ll have no qualms about closing down the whole operation and letting Israel police the refugee camps, villages and cities and float the economy of 2.5 million Palestinians.

So who’s threatening whom? Congress has no leverage whatsoever over Abbas. This gray eminence has become, for the first time, a national and Third World hero by defying America and going for it at the U.N.; if anybody thinks Abbas now going to bow down to Congress’s demands, withdraw his statehood bid and thereby become a national and Third World quisling, it ain’t gonna happen.

America has taken itself out of the picture in Middle East peacemaking. It can help Israel go to war and even win a war, but not make peace. In the past two years, as Israeli Prime Minister Benjamin Netanyahu, the Israel lobby and a radicalized GOP have overpowered Obama, the United States is no longer merely pro-Israel — it is pro-Israel and anti-Palestinian, pro-Israel and anti-Muslim.

American policy in the Israeli-Palestinian conflict has become unrecognizable. Never before have there been major contenders for the presidency speaking out not only for Israeli security, but also for Israeli settlements, for Israel’s right to rule what Republicans now obligatorily refer to as Judea and Samaria. Never before did a party campaign on the message that anything less than 100% support for Israel and 100% opposition to the Palestinians amounts to letting the terrorists win.

What happened to America? Why does Netanyahu’s worldview now seem to infuse the nation?

Muslims have been Israel’s nemesis, too, and long before 9/11. So Americans and Israelis now find themselves in exactly the same boat, with a common enemy. The identification between the two countries has become complete. Now anybody who pressures Israel is strengthening the Muslims, which means that anybody who pressures Israel is strengthening America’s enemy.

This, I believe, is what ultimately lies behind Obama’s cave-in to Israel, behind the Republicans’ conversion to the cause of Greater Israel and behind Congress’s withholding of $200 million to the Palestinians. America has a new enemy, and American public opinion and politics have followed suit.

So now, if you were a Palestinian, would you want such an America to mediate your nation’s conflict with Israel? Would you trust such an America to lean on Israel to make it get its soldiers and settlers out of your face and let you have your freedom and independence? No, you wouldn’t. If you were a Palestinian, you would be in the market for a new mediator, which is where the Palestinians are today.

And as an Israeli who sees the occupation as a plague on all concerned, I’ve also had it with American mediation. All it’s doing for my country now is enabling its most nationalistic and militaristic tendencies, helping it slide into the next war, helping it lose its place in the democratic world, helping it self-destruct. If that’s “pro-Israel,” give me neutrality. Please.

Larry Derfner is a former columnist at the Jerusalem Post. He writes on his personal website, Israel Reconsidered.

Congress Shows Lack of Leverage With Threat To Cut Off Aid