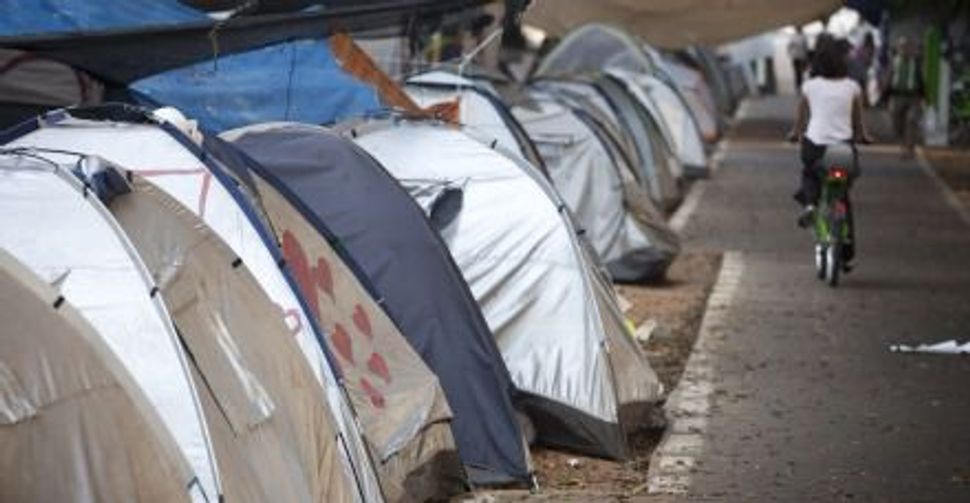 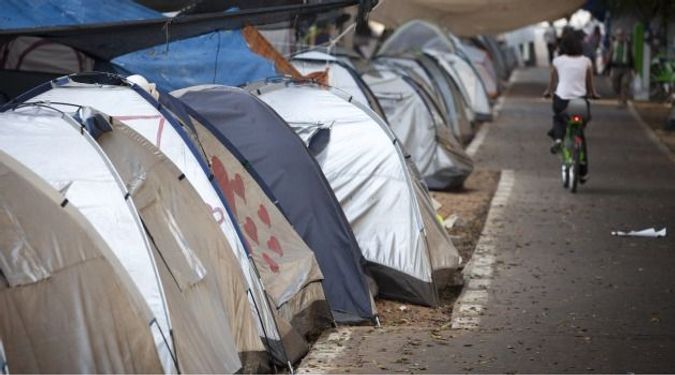 Imperfect Protest: Despite its faults, the social justice movement changed Israel for good. The streets of Tel Aviv are now quiet, but the demonstrations? impact should not be underestimated. Image by Getty Images

Shortly before landing in Tel Aviv in late August, the person in the airplane seat next to mine, a young, smart Israeli just awarded an Oxford post-doc, told me he was no longer convinced that Israel would last for more than another 50 or 60 years. By no means did he seem morbid: He had just won his prestigious fellowship and had rented an apartment for his wife and newborn in suburban Oxford. But recent Middle East convulsions and the intractability of a Palestinian-Israeli peace had made him slip into a resigned agnosticism with regard to his country’s long-term survival.

His weren’t images of apocalypse. He planned to return home after his stint in England, hopefully back to the Hebrew University, where he had been trained. He couldn’t imagine a life spent anywhere else, but, at the same time, could no longer readily imagine his country’s long-term existence. He mused about Jewry’s many wanderings, the prospect of a grim cyclicality in its fate: His grasp of Jewish history was uncertain, a casualty of Israel’s pockmarked high school curriculum, but his was a love of country made of the same ingredients as his apprehensions.

Writ large, the sudden, marvelously ungainly movement of tent people on the streets of Tel Aviv and elsewhere in Israel felt to me cut from much the same cloth. This was a phenomenon born of a promiscuous mixture of hope and something just short of despair. I spent several muggy evenings with them at their open-air meetings on Rothschild Boulevard — gatherings run with the crisp, jocular efficiency of a young start-up — struck by the curious blend that fed their activism: above all, a clear sense of ownership inflected by a no less fierce contempt for the fecklessness, the epiclike inadequacies of Israel’s current leaders. There was a palpable unease in their insistence on hope — the word was blandished on hand-drawn posters lining the many streets of the shaded boulevard — the feeling that if things weren’t set right very soon, the prospect of reeling into chaos was no longer merely a prospect but a near-certainty.

Tacked onto hundreds of tents and nearby walls were posters and banners with references, some oblique and most achingly transparent, to the mishaps of the recent past: Oslo, Taba, Rabin, Madrid, Peres’s creepily peppy smile, Netanyahu’s aggressive inertia, negotiations that go nowhere, regional hatreds that congeal like cancer. The tents, of course, are now mostly gone, and Benjamin Netanyahu’s calculation that he could wait them out without doing much of anything — this, arguably, the most salient trademark of his stewardship of Israel — seemed on target, one of his clever, ever-counterproductive moves. Still, this movement could well have provided a glimpse at the most steadily intelligent, healthy exercises in Israeli democracy seen in a long time.

On the one hand, what was cobbled together was born of contempt for the unforgivable inadequacies of Israel’s elders. This meant all of us, including those still wedded to the now late middle-age meanderings of Peace Now as well as, of course, the Netanyahu government. But it was inspired by far more than youthful bile: Listening to it revealed a country packed with thoughtful, eagerly empathetic women and men, vexed, speaking with an earnest and jaunty sense of responsibility about social cohesion, the need for justice, the desire for a state that is Jewish and both open-minded and open-ended — a decent place shorn of its mounting, ugly nationalistic toxins. These are all sounds, to be sure, much like those of the youth movements that got Zionism off the ground but that over the years ground down, grew bloated, relying on their own half-truths, those that kept talking but stopped thinking.

Youthfulness can be, of course, beguiling. It is easy to be seduced into the belief that its cockiness is made of wisdom, or that its calls for justice — the term tzedek was sprinkled throughout Tel Aviv’s tent town with the more socially alert biblical passages scrawled onto numerous posters — are more than just reheated demands for modest food and rent and tuition subsidies. Joyous street celebrations can be intoxicating, and often while watching this movement I thought of the many outsiders who, much like John Reed of Russia’s 1917 revolution, had over the years been swept away by their enthusiasm for vibrant activism on exotic, foreign boulevards that they thought they understood but, as often as not, absurdly misjudged.

Still, the phenomenon of Israel’s ersatz summer tent cities felt far more than fleetingly arresting. At the helm of the nightly gatherings were mostly self-possessed women — women seemed at the help far more often than men — all in their early or mid-20s, who managed with a deftness well beyond their years to handle the crowds. Overall, the atmosphere was pragmatic, never dreamy but playfully intelligent.

At these meetings, the rudiments of participatory democracy were charted with astonishing care: I watched one evening as the Rothschild Boulevard group selected its delegates — not leaders, as was stated with a solemn clarity — two delegates for each of the districts (the country was, as of late August, subdivided into five), with delegates recycled every two weeks in district elections. All elected were obliged to participate in a seminar on democracy, and they were charged not with setting policy but with implementing the ideas formulated in nightly gatherings held throughout Israel.

Each of the evening gatherings I attended was guided by the same woman — clever, straight-talking, a major in music at Tel Aviv University who had been raised on a kibbutz and told me that previously, politics hadn’t much interested her. (I asked if she had read the doyen of community organizing, Saul Alinsky, and she said the name was vaguely familiar.) While in high school, she had helped take control of her badly managed kibbutz school and created a system where all, including teachers, were equals. Clearly, she hoped that together with tens of thousands of others she would now do much the same thing for the Israeli state. There was ample hubris in all this, of course, but good spirited, born of an unequivocal sense of commitment, and horror at the sight of a rudderless polity.

At the same time, nearly everything politically divisive was shunted aside. Anti-Netanyahu comments went unanswered, and the nagging question of how to raise the money demanded by this movement for social good, beyond insistence on heavily taxing the very rich, was left hanging. Yet, surprisingly, faced head-on was one of the most perplexing matters of all: the Arab minority in a Jewish state. Time and again, this issue surfaced, and its importance was acknowledged without hesitation.

What complete equity might mean in a Jewish state that was also, as it must be, a truly just polity was never articulated, but what was clear was that theirs was an effort that insisted that Israel’s fragility could be redressed only by commitment to a country resolutely democratic. Quite what this might mean on the ground has taxed many over the years, but I saw little evidence of much doubt in the meetings I attended that true equity was the bedrock of a decent society.

September’s United Nations crisis and the uncertainty left in its wake has lent all this the feeling of summer bacchanal: Tel Aviv’s streets now look much like they looked before; the Trajtenberg Committee’s recent recommendations on issues of social equity were predictably tepid, and the din surrounding the issue has much abated.

Yet, it is a mistake to write off its impact. Looking beyond the now frayed chasm separating left and right in Israel, resolutely patriotic, no less resolutely transformative, young and savvy, the tent phenomenon offered up as healthy and decent a glimpse of what Israel could be as anything in recent memory. Its political agenda was hazy, and its economic demands most probably, at least in the short-run, unrealistic. But its impulses are the finest we’ve seen in Zion in a long, long time. It was, of course, a mesh of wildly disparate impulses — post-liberal, communalist, messianic and more — that in the late 19th century got the Jewish effort to return to the Land of Israel off the ground. Perhaps today’s messy brew, which also defies quick or easy categorization, can now help save it from itself.