When Home Is a Blessing 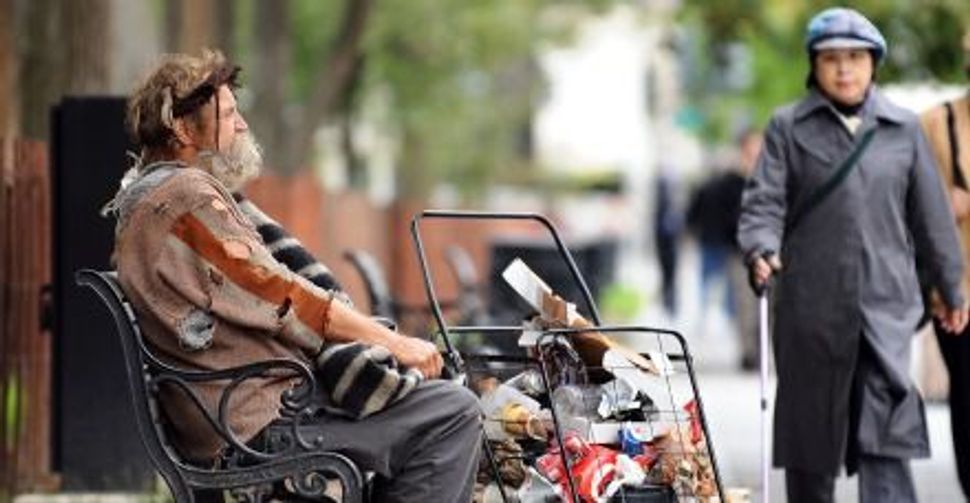 When I grew up, Sukkot felt like an after-thought following the intensity and purpose of Rosh Hashanah and Yom Kippur. No one in my Reform community in a lower-middle-class suburb of New York City ever built a sukkah; instead, we decorated the one at the synagogue — stringing together dried cranberries and making endless links with colored construction paper — and then sat in the finished project a couple of times throughout the week, as long as the weather held.

Only years later, when I had my own family and my own backyard, did my husband and I put up our own sukkah. It is his design — unique and surprisingly sturdy — and when the children were little they would camp out together until the cold, uncomfortable ground drove them inside for hot chocolate and a warm bed.

That’s the blessing of Sukkot in my community. There’s a warm bed to go to when the night air becomes inhospitable; there’s a dry table inside if rain leaves giant puddles on the outside furniture and the s’chach droops so low that relaxed dining is impossible.

We enjoy the sukkah best when it is just an alternative to home, a symbolic reminder, an echo of the past. But what if it is the present? What if a temporary shelter like this is actually home?

For too many people on the planet, “home” is a temporary notion — a series of flimsy, unreliable shelters — as fragile forever as our sukkah is meant to be for a week. The housing crisis in the United States has led to record foreclosures; the housing crisis in Israel has led to unprecedented demonstrations in the streets.

But the housing crisis in developing countries has no such public face, and its circumstances are arguably more dire. The United Nations estimates that 1.6 billion people live in inadequate shelter around the world, and one billion of those live in slums. To raise awareness about the right to shelter and the responsibility to ensure it, the U.N. created World Habitat Day, which this year fell on October 3.

I know. I hadn’t heard about World Habitat Day, either, until I researched this essay. I think that’s because the problem of homelessness is vast enough to be incomprehensible, and distant enough to be invisible. I confess that I didn’t fully appreciate what it meant until visiting Haiti last year, eight months after the earthquake, to see row upon row of makeshift tents furnished with only the barest necessities, which served as housing for more than a million people. I fear that many of those whom I met then still have not found a safe, permanent dwelling.

Last year, Union Square in New York City was the site of a remarkable exhibition called “Sukkah City,” with 12 innovative sukkah designs selected by an esteemed jury and mounted in the middle of the nation’s largest city. Each sukkah adhered to the parameters of a “kosher” sukkah but presented a radical perspective on the traditional form. One of the chosen entries, Sukkah of the Signs — created by Ronald Rael and Virginia San Fratello — was built from the signs of homeless people that the artists purchased and then arranged in a conelike structure open to the sky.

“Just as the sukkah commemorates shelter provided during the 40 desert-wandering years of Exodus, the design for our sukkah brings attention to the contemporary state of homelessness and wandering,” the artists explained.

We who have the luxury of sitting in our own sukkahs for just a week have an obligation to remember those for whom temporary structures are shelter for a lifetime, and home an elusive blessing.

A version of this essay appears as part of the Chag v’Chesed series published by American Jewish World Service.

When Home Is a Blessing