Why ‘Occupy Judaism’ Is Turning Point 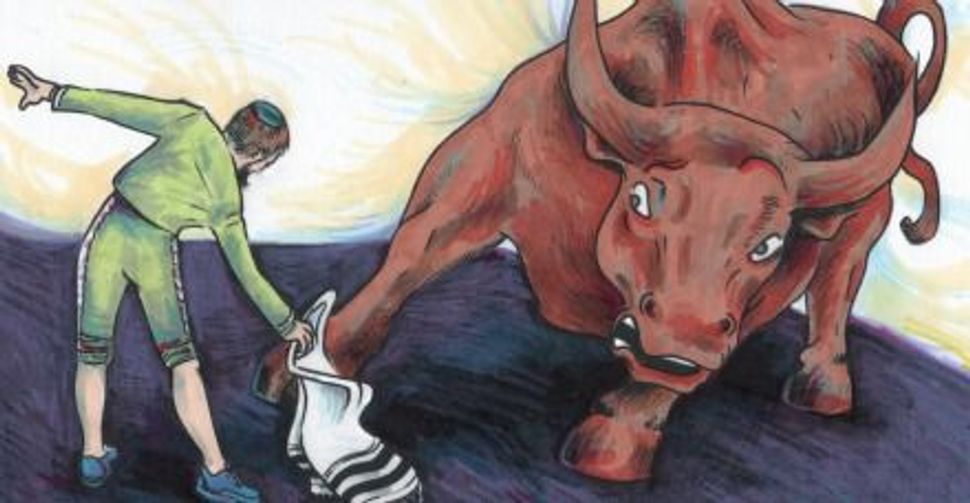 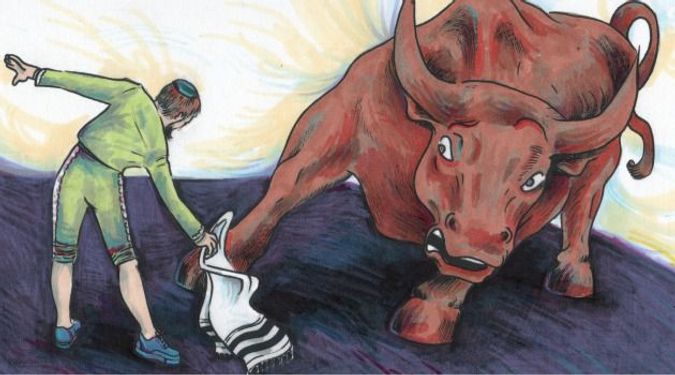 Occupy Judaism: The Jews who held a Yom Kippur service at Occupy Wall Street were upholding an American tradition of invoking religion to spur progressive action. Image by MISS LASKO-GROSS

Charles Finney was America’s best-known preacher in the 1830s when he invented the altar call. At the end of a revival meeting, he’d invite worshippers stirred by the gospel to come before an altar placed in front of the hall and publicly swear their commitment to Jesus Christ. Finney did this to showcase — critics would say, exploit — the redemptive sight of a Christian reborn.

But scholars say that Finney had another motive: to sign up these new converts to join his anti-slavery campaign.

This was not the first time that religious fervor mixed with progressive politics, nor would it be the last. “It’s hard to name a progressive movement in American history that did not have powerful religious allies and influence,” said Robert Putnam, the Harvard political scientist whose most recent book is “Amazing Grace: How Religion Divides and Unites Us.”

“Having religious symbols and ceremonies mixed with secular political activity and protest is not all that unusual,” Putnam told me.

In that sense, then, the hundreds of Jews who gathered across from Zuccotti Park for Kol Nidre services October 7 — in solidarity (their words) with the Occupy Wall Street encampment across the street — were upholding a tradition that began in Revolutionary War times, continued through the anti-slavery and civil rights movements, and even was manifested in the protests against the Vietnam War.

So why did it seem so new? Why did the sight of young Jews in white kittels davening steps away from the iconic heartbeat of American capitalism on Judaism’s most solemn day stir many souls and aggravate others?

It seemed new for good reason, marking a small but significant turning point for both Jews and progressive causes, a sign of arrival for Jews and a return to the historic place that religion played in the public face of progressive activism.

For at least the past three decades, religious expression in the political sphere has been dominated by evangelical conservatives. Many of the younger people organizing the street protests and religious services in New York and around the country don’t remember a time when rabbis like Abraham Joshua Heschel marched for civil rights, and Arthur Waskow created a Freedom Seder, and Catholic priests and nuns were instrumental in anti-war agitation, their actions propelled by a fervent religiosity and expressed in liturgical terms.

Then again, until a few decades ago, minority religions in America “tried to keep their heads down,” in Putnam’s words. Parade around Wall Street in a yarmulke and prayer shawl? Gather together hundreds of Jews to recite Hebrew prayers out loud? Beat one’s chest in repentance under the bright lights of Lower Manhattan? Unimaginable.

A few decades ago, it also would have been difficult to imagine how such a Kol Nidre service could have come together. Like Occupy Wall Street and its growing number of spin-offs, these events happen because of the extensive use of social media by savvy organizers who don’t need or seek the blessings of communal leadership. “It seems more bottom up than top down,” observed Alan Wolfe, a Boston College political scientist whose latest book is “Political Evil.” He’s right. Our image of a Jewish protester from the 1960s is of an ordained rabbi. Our image of a Jewish protester at Occupy Wall Street is of a scruffy guy with an iPhone.

“Perhaps the most striking thing about Yom Kippur at Occupy Wall Street is the act of public worship, worship as ritual and worship as witness,” he wrote in an e-mail. “We have seen this before, fighting racism and war from religious tradition, the deepest part of our culture.

“But we have not seen it as often in economic crises — it is in the nature of a market-dominated culture for people to blame themselves before others if they struggle or fail economically. But that may be changing now as Wall Street’s protected status has become plain for all to see.”

And in the past, when populist movements embraced religious talk, that often came with an undercurrent of anti-Semitism. The most famous example was William Jennings Bryan’s mesmerizing speech at the 1896 Democratic National Convention, when he vowed, “You shall not crucify mankind upon a cross of gold!” Yep, many think it’s clear that he was talking about the Jews.

Today, a few conservative commentators, uncomfortable with the Kol Nidre service and Occupy Anything in general, have highlighted the boorish, anti-Semitic rants by a handful of protesters to suggest that the entire enterprise is dangerous. Maybe it is. But if it is, then it doesn’t reflect mainstream America.

Even though Jews occupy some of the loftiest positions in national finance, the rhetoric of this recession has been remarkably free from anti-Semitism. “The only people in America worried about that are the Jews,” said Putnam, who has plenty of research to back up his claim, even though it’s still difficult for Jews to believe that everyone doesn’t, in fact, hate us. (Putnam knows. He’s Jewish himself.)

Indeed, what is novel about this emerging “Occupy Judaism” — the Kol Nidre service, followed by celebrations of Sukkot coinciding with protests across the country — is that it challenges the establishment on several fronts. The still-inchoate pleas by protesters for a new kind of American economy are a direct affront not only to Republican policies, but to Democratic ones, too. Mix that with the audacious display of empowered Judaism, conducted without the authorization of Jewish officialdom, and you’ve just undermined the credibility of two powerful institutions with the speed of a Facebook post.

Alan Wolfe offered another astute observation. By linking public prayerwith protest, “it says that the protest has an element of the sacred associated with it.” The prophet Isaiah is read on Yom Kippur, which may be just what our political discourse needs right now.

Why ‘Occupy Judaism’ Is Turning Point