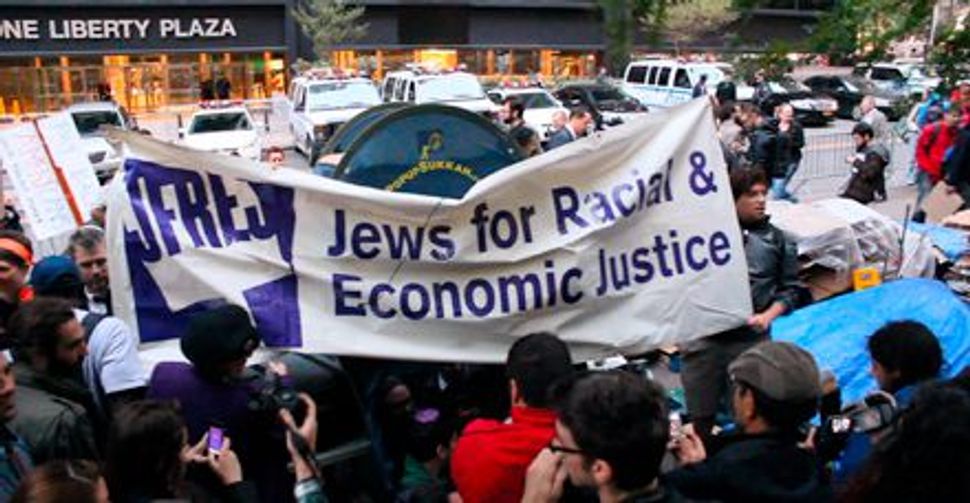 Less than a week after a Yom Kippur service drew hundreds to the anti-corporate Occupy Wall Street protest in downtown Manhattan, Jewish activists are building sukkahs at Occupy protests in nine American cities.

Activists say that the sukkahs, temporary dwellings in which Jews are commanded to live during the holiday of Sukkot, will bring a visible Jewish presence to the growing protest movement.

At an October 12 ceremony marking the raising of the sukkah at the New York protest camp, onlookers gathered as activist Dan Sieradski, who organized the Occupy Wall Street Yom Kippur service, struggled to keep his tent-like sukkah from collapsing in the wind.

Once the sukkah was reasonably secured, activists sang and recited a blessing over the bread and the wine.

“I think it brings us more power, more momentum,” Sean Ivins, 22, who came from Salt Lake City to sleep in the protester-occupied plaza, said of the religious Jewish presence at the camp.

The Jewish activists at Occupy Wall Street say they plan to maintain their sukkah until the holiday ends on October 19.