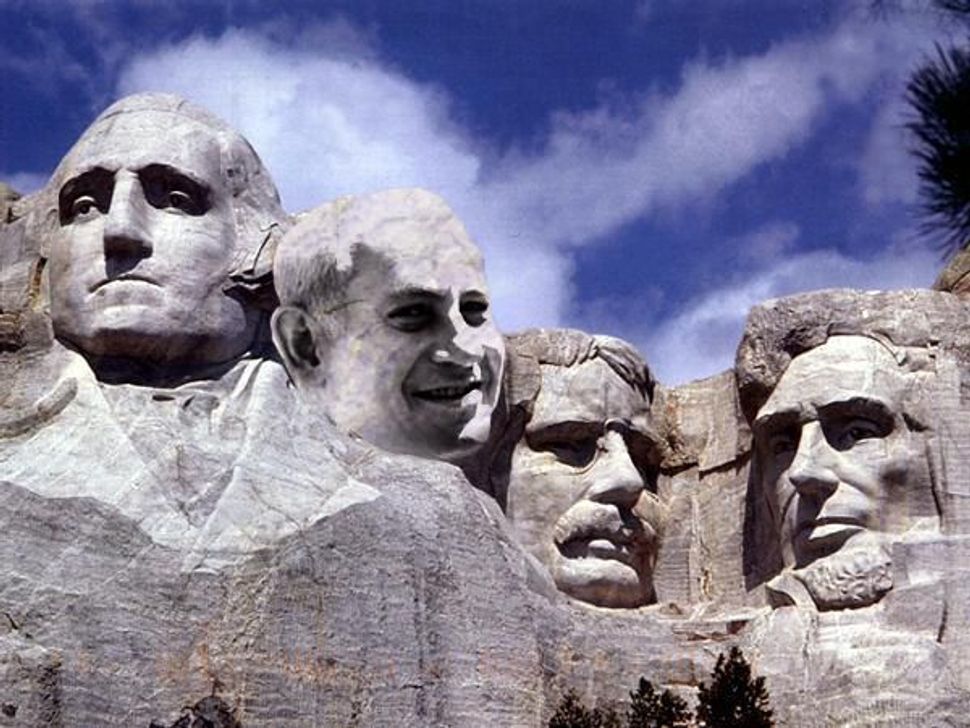 The poll shows that Likud would win 37 seats in the next Knesset, up 10 from its current number. Labor would have 22 seats, up from its current eight (though it did win 13 at the last election, before Ehud Barak split off to form his Independence party, taking five mandates with him).

The two most interesting data points, however, are the plummeting fortunes of Kadima, which would go 17 Knesset members from 28 and become the third party, trailing Labor. How much this has to do with Tzipi Livni’s criticisms of the Shalit deal or her general tepidness as an opposition leader is hard to tell. And then there is Yisrael Beiteinu, which, besides its bluster, in the poll does not budge either way from its current 15 seats.

It’s not surprising, perhaps, that Netanyahu gets such a boost from what was seen as a widely popular move in freeing Shalit (perhaps the reason for his smiling mug in a picture of the Shalit father-and-on reunion that has now become a brilliant meme).

One might have assumed, however, that Labor would find itself in a stronger position after the summer tent protests and the recent election of a fresh face in its new leader, Shelly Yachimovich. But maybe all this proves is that politics in Israel, like everywhere, are often reactive and emotional. We’ll see what the polls say in a month from now…