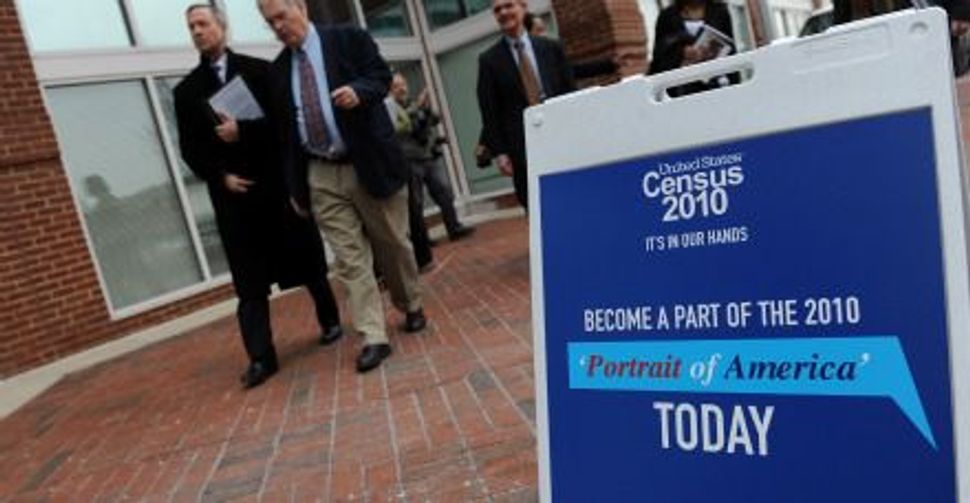 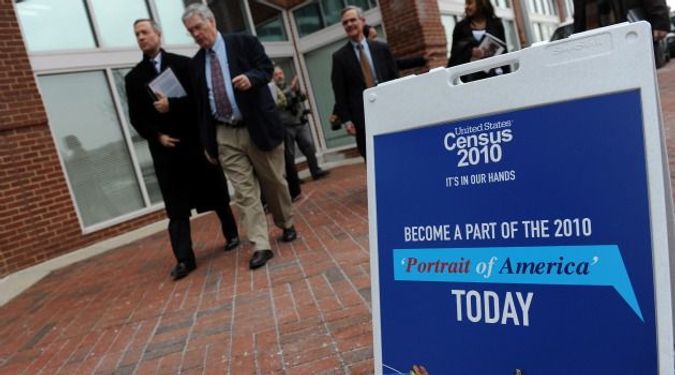 Real Count: Jews need a rigorous counting exercise like the census, not rosy predictions and wishful thinking of advocates, if the community is to really know what it is and what it needs. Image by getty images

Optimism is a good thing. But there is a difference between optimism and wishful thinking.

This fall would have seen the release of a new National Jewish Population Survey, the decennial project that was killed when the Jewish Federations of North America decided it wasn’t worth funding. Instead, based on scattered evidence, the American Jewish community has been presented with a rosy picture of its own demography based on less reliable research: We have been told that there are many more American Jews than we had thought. The American Jewish population is not shrinking but rather growing — and at quite a rapid rate. And there is no need to undertake an expensive nationwide survey in order to get a good grasp of the state of our community.

For Another Viewpoint on Counting The Jews, See Leonard Saxe’s Opinion Piece

Almost a year ago, Brandeis University’s Steinhardt Social Research Institute released a report suggesting an American Jewish population of 6.5 million. That is over a million more Jews than the 5.2 million reported in the last NJPS a decade ago. Contrasting its findings with those of the 2000–01 NJPS, which found a modest decline in the nation’s Jewish population, the institute’s researchers stated that it had “found that the Jewish population has actually risen from about 5.5 million individuals in 1990 to an estimated 6.5 million as of 2010, an increase of nearly 20%.”

The Steinhardt report was greeted by expressions of relief that the decline in the number of Jews reported by the 2000–01 NJPS must have been wrong. To push this point, there have been statements that only a very small minority of researchers still believes that the NJPS numbers are correct.

Unfortunately, this study and its boosters are painting a misleading picture both of our community’s demography and of how we can best take the measure of the country’s Jewish population and its characteristics.

In reality the Steinhardt study jumps to bigger conclusions than its methodology and research warrant. And its supporters are unfairly dismissive of the great value of the last NJPS.

The researchers at Brandeis are to be congratulated for finding a way to count American Jews even without the benefit of a national Jewish survey. They relied instead on meta-analyses and sophisticated statistical techniques to try and pull together dozens of separate national surveys that happened to also poll Americans about their religion.

Ironically, in previous iterations, the Steinhardt team’s research yielded results that were much closer to those in the 2000–01 NJPS. In their 2010 article in Sociological Methods & Research they report an estimate culled from 50 surveys that arrived at 5.4 million Jews, more or less consistent with the findings of NJPS. Another release based on 74 surveys was also consistent with the NJPS numbers (Current Jewish Population Reports 2010). The higher number reported last December comes from a subset of 31 surveys.

Only two or three of the 50 surveys in the Sociological Methods & Research article included samples of even 100 Jews, so the strength of their approach comes from combining many studies to bring this number up to an aggregate in the thousands. From the 50 surveys they aggregate a total sample of around 4,000 Jews who responded to a question about religion by saying “Jewish.” By contrast, the NJPS included 4,200 Jews, who each answered a 30-minute questionnaire about what that meant to them.

If the Steinhardt researchers were to conduct similar meta-analyses on recent surveys (their current estimates use surveys conducted from 1997 through 2006), or on older surveys from around 1990, they might be able to address questions of growth or shrinkage in our community. But given the changing nature of “religion” in America over the last 20 years (with a doubling of the percentage saying “none”), a reduction in those responding “Jewish” to religion might not imply a reduction in the number of Jews. Instead, they are comparing the NJPS 1990 estimate with many different approaches used in surveys from around 2000, without clarifying if the larger number is a result of true growth or simply a different methodology.

I was one of four statisticians on the National Technical Advisory Committee to the NJPS. Two, Joe Waksberg and Seymour Sudman, have since passed away. The remaining two, Daniel Levine and myself, strongly support the findings of the NJPS and believe that there is no basis from other studies to dispute its basic findings. So the notion that NJPS has been discredited among the experts is simply false.

Of course, the NJPS 2000–01 had some problems, as does any survey, but extensive research and evaluation indicated that they had minimal effects on the estimates. NJPS remains the largest, most in-depth survey of the American Jewish population. Its methodology was extensively studied and its possible limitations were well documented.

One weakness was that the NJPS excluded (mostly young) people who could only be reached by cell phone. Since this represented about 1.2% of the U.S. population in 2000 it likely resulted in an undercount, at best, of no more than 60,000 Jews. It is important to note, however, that almost all of the surveys being used by the Steinhardt researchers suffer from the same shortcoming.

It is also true that criticisms of the earlier NJPS 1990 that it might have undercounted Orthodox Jews led to strong outreach efforts for NJPS 2000. It appears that this was successful and, if anything, there may have been a slightly higher participation rate for Orthodox in 2000. But this is an example of the very high quality research of NJPS 2000, unsurpassed by any other Jewish study.

The Jewish community desperately needs a repeat of the NJPS to provide current information on the number of Jews and their characteristics. That is the only way we can answer questions about whether the children of intermarriage are raising their children to be Jewish or whether the generation now having children is different in attitudes and behavior (philanthropy, Jewish organizations, fertility rates) from its predecessors.

If we refrain from investing in the required research into our community, we cannot properly target our resources to best serve the Jewish people. Until then meta-analyses such as those conducted by the Steinhardt researchers could help look at overall change in the “Jewish by religion” subpopulation. But they will not provide insight into who those Jews are, what they believe or whether their numbers are going up or down. There is no substitute for a new NJPS.

David Marker is a senior statistician and Associate Director at Westat, located in Rockville, Md.