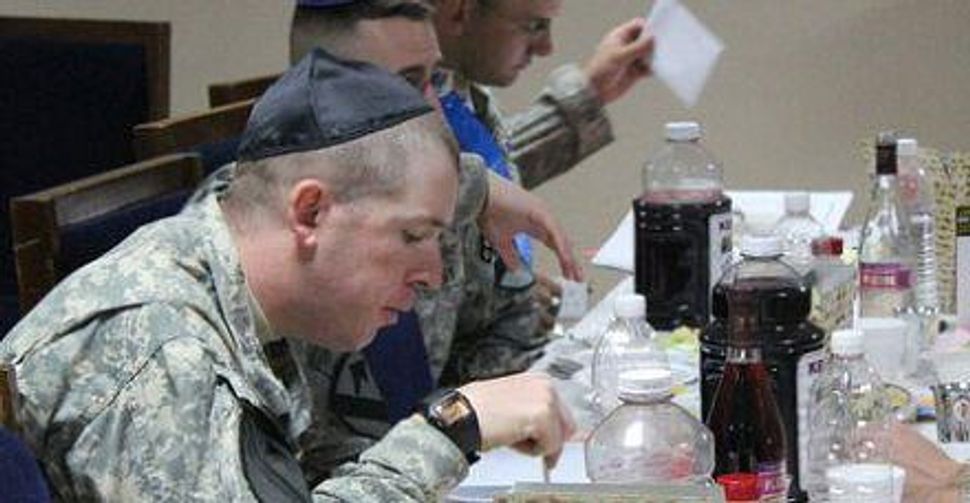 Two more dead. One in Afghanistan, one in Iraq. Since earlier this year, when the Forward published a sorrowful package of profiles of the 37 Jewish men and women in the United States military who had died in Afghanistan and Iraq over the past decade, two more names now must be added to the list. 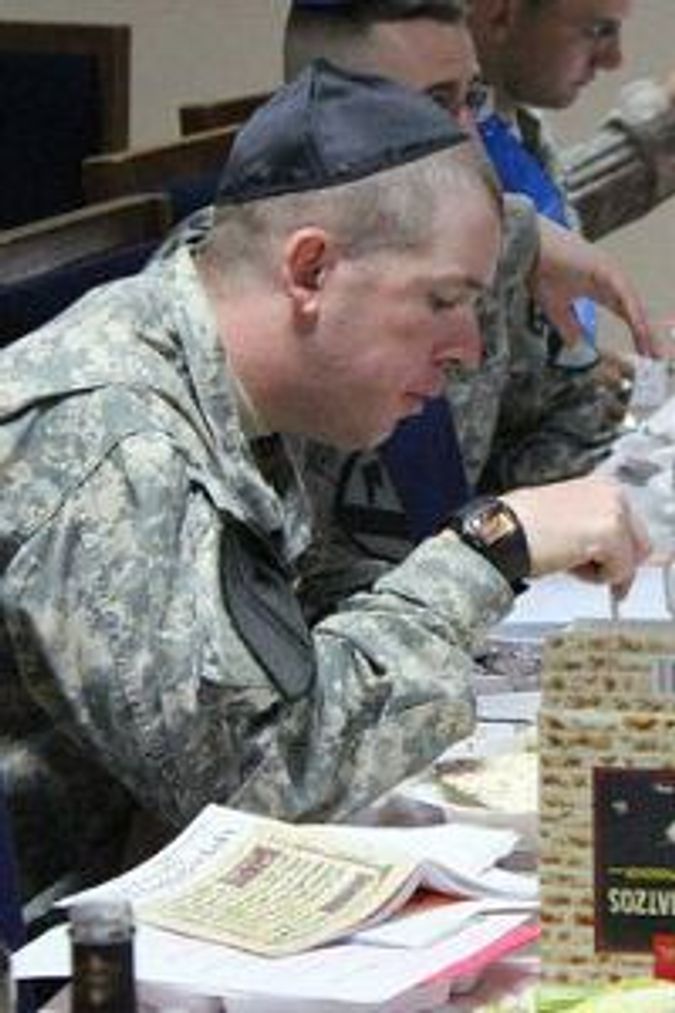 Most of us pay so little attention to these wars that the stories of the fallen are lost to time, a casualty of our own apathy, their young lives recalled quickly, or not at all. An Israeli Prisoner of War captures our hearts and ignites a sustained media frenzy, but American Jews fighting for this nation in brutal conditions thousands of miles away earn barely a mention in our communal discourse.

Veterans Day is upon us, and to make it signify more than just a school holiday or a department store sale, we pause for a moment to remember two more of the fallen.

Eric D. Soufrine, a private first class in the Army, was 20 years old on June 14 when the vehicle he was riding in struck an improvised explosive device at a river crossing in Farah province, western Afghanistan. Soufrine was assigned to the 4th Battalion, 42nd Field Artillery Regiment, 1st Brigade Combat Team, 4th Infantry Division, out of Fort Carson, Colo., and served as a gunner on an artillery vehicle.

He grew up in Woodbridge, Conn., the middle of three children, and was described in news reports as “an outdoors guy” who loved to hunt, fish and hike in the woods near his home, and take a boat out on the nearby water. A 6-foot, 5-inch football player, he graduated from Amity Regional High School in 2009, quoting Led Zeppelin in the yearbook, and entered boot camp in July 2010.

Soufrine was sent to Afghanistan in December and was scheduled to end his deployment and return to Fort Carson two weeks after he was killed. He was expected in Connecticut a month later, and his family was already planning a welcome home party.

His 17-year-old girlfriend, a high school senior, was called out of class to be told of his death. The school held a moment of silence at her graduation a week later.

“Eric died a hero, defending the country that he loved,” his mother, Donna Soufrine, said in a statement. As a parent, said his father, Michael Soufrine, “this is the worst thing that could ever happen to you. He was a great kid.”

Soufrine was given a military funeral on Father’s Day at Congregation Mishkan Israel in Hamden, Conn. Sadly, the synagogue has been through this grueling ritual before; another congregant, Benjamin Sklaver, was killed by a suicide bomb in Afghanistan in 2009.

We know less about another private first class, Steven F. Shapiro, 29, of the small Lake County town of Hidden Valley, Calif., who died in Talil, Iraq, on October 21. Shapiro was based at Fort Hood; a representative there said that he died of non-combat-related injuries, and that the death was under investigation. He was assigned to 3rd Battalion, 8th Cavalry Regiment since July 2010.

The website Kosher Troops has posted a photograph of Shapiro, dressed in army fatigues, wearing a yarmulke and eating matzo at a small military Seder with several other Jewish soldiers.

Shapiro died on the same day that President Obama declared all American troops will leave Iraq by the end of the year, a bitter coda to the story of a war that should never have been waged in the first place.

As of this writing, 4,482 American servicemen and women have died in Iraq, and 1,828 in Afghanistan, according to the Iraq Coalition Casualty Count. That brings the total to 6,310 lost lives. Jews are a tiny portion of America’s military, the number of Jewish deaths smaller still, but that’s no excuse for our general amnesia. Some synagogues call out the names of the dead before their congregations recite the mourner’s Kaddish, and veterans groups try to remind us to remember.

Does anyone really believe that is enough?