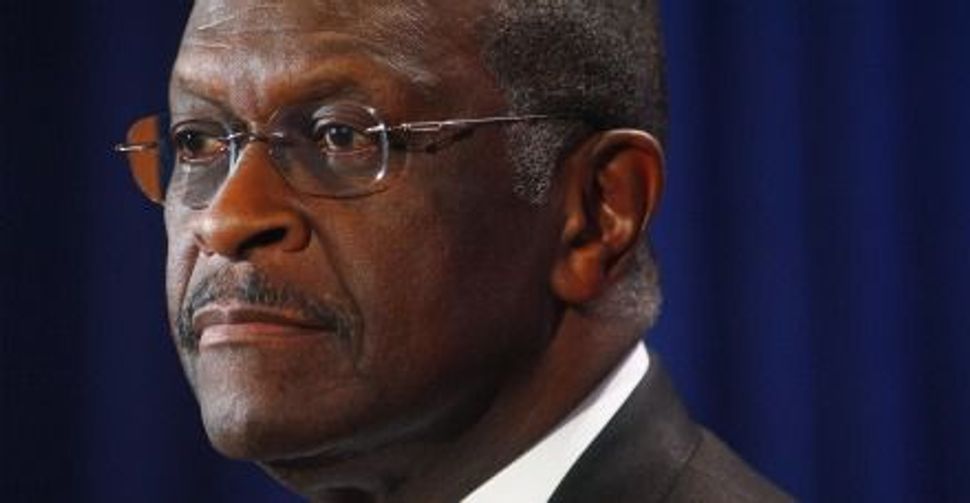 Twenty years ago, when a law professor named Anita Hill testified before a phalanx of United States senators about her former boss, Clarence Thomas, one of her male interlocutors — they were, remember, all men — belittled her description of Thomas’s lewd, inappropriate behavior. “This sexual harassment crap” is what he said it was, as if it were a defilement, a manipulation, a cruel joke. Or, as another senator said, a fantasy.

Clearly, there are some who still react that way.

Watching the ongoing melodrama of Herman Cain’s presidential candidacy reminds us that there remains an enormous gap of understanding between some men and some women over what is appropriate behavior in the workplace. Cain’s vigorous self-defense has none of the fire and bitterness displayed by Thomas, now an associate justice on the Supreme Court. Thomas eagerly pulled the race card from his back pocket and waved it ceremoniously before the senators, famously calling the proceedings “a high-tech lynching” while conveniently ignoring the fact that Hill, too, is African American. Cain is too clever to repeat that act.

But the arrogance in both men’s steadfast denials reveals more than simple bravado and campaign posturing. It shows how little they understand the feelings and reactions of women who have been teased, taunted, touched or otherwise treated to words and actions of a sexual nature that make them deeply uncomfortable or fearful for their job or personal safety.

“Sexual harassment is a very serious charge,” Cain declared in his November 8 press conference, with all the persuasive power of the motivational speaker he once was. But he didn’t take the charges against him seriously. He acted as if the two women who came forward at that time had entirely fabricated their allegations. He flatly denied ever meeting one of the women, and defiantly said another willfully misconstrued a simple gesture.

And then he repeated what Thomas did so successfully, and turned himself into a victim, decrying the efforts to slander his integrity and his character, while doing just that to one of his accusers by calling her a “troubled” woman with financial and legal problems.

As of this writing, it’s impossible to parse the he-said-they-said, or to know how history will judge Cain’s ambitious, unlikely quest for the presidency. One of the great mysteries of Republican politics right now is how little this firestorm seems to affect Cain’s polling numbers among the party faithful, even after his stumbles, inconsistencies and backtracking.

There is, however, an underlying assumption here that must be contested. It’s possible that the women who are offering their accounts of Cain’s behavior are inventing charges to merely try and derail his candidacy, as he claims. It’s also possible that their accusations are true. It’s possible that these uncomfortable, or worse, frightening moments were locked away, too shameful to be released, until there was a compelling reason to do so.

That’s what sexual harassment does — enforce a blanket of silence that, if lifted, sometimes opens the victim to further public humiliation. Anita Hill spoke to that forcefully two decades ago when she told the senators, and the country, “It’s very difficult for people to come forward.” Indeed, if this latest spectacle offers any lesson, it still is.