After Raid, Occupy’s Ideas Live On 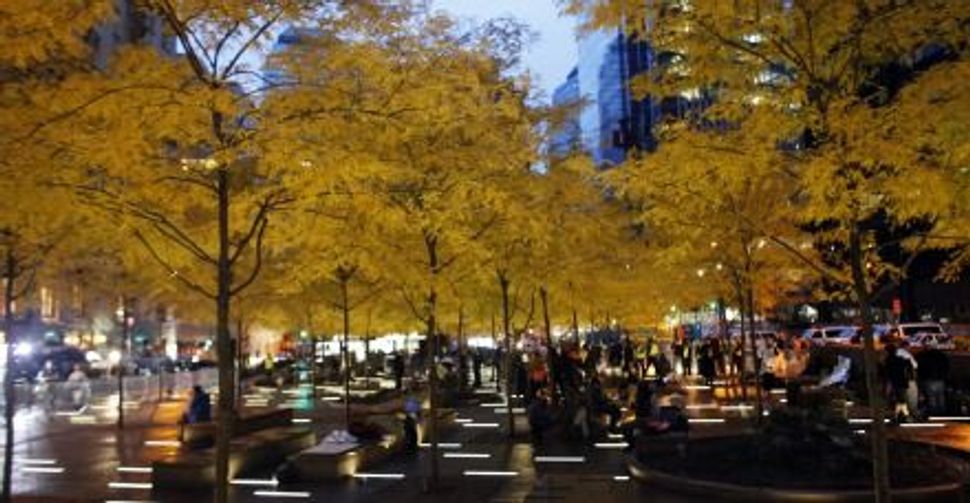 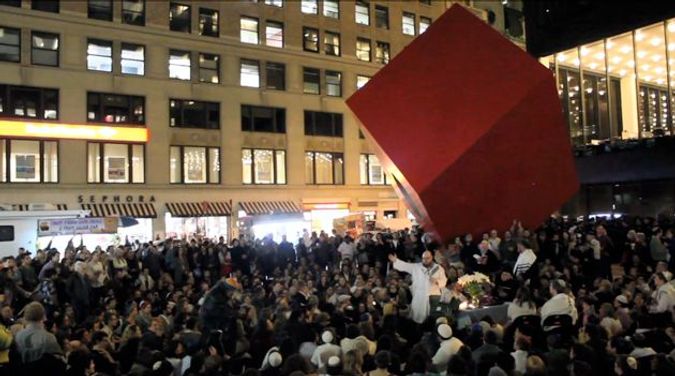 Leading by Example: Activist Daniel Sieradski addresses the crowd at Occupy Wall Street. He says Jews especially know that exile does not mean the end of Occupy?s ideas. Image by NATE LAVEY

Occupy Wall Street is in exile. Her benches, once bountiful, lay barren. Her sidewalks — a wasteland. Where there were tents bustling with life, there is breeze. As the Book of Lamentations wonders, “How does the city sit solitary that was full of people?”

Under cover of night, eschewing the eye of moral scrutiny, Titus Bloomberg’s centurions sacked and overwhelmed the weary Zealots of Zuccotti Park, razing the golden city and carting off its holy vessels and vestments. Many pursuers of peace were beaten and taken captive. Many more were dispersed, left to seek refuge elsewhere in the land.

Perhaps it is so that the Occupiers had sinned. Perhaps this curse befell us because of inexperience and infighting, needless hatred towards one another, immoral conduct, or inadequate ambition to embody our best selves. Some say the Shekhinah (the Divine Spirit) had left days before the fulfillment of the decree, as word came that darkness had descended on the encampment.

Perhaps we were merely the victims of Sodom, whose men (and mayor) wax haughtily: “Why should we suffer wayfarers, who come to us only to deplete our wealth. Come, let us abolish the practice of traveling in our land.”

Either way, the jig would have been up eventually. 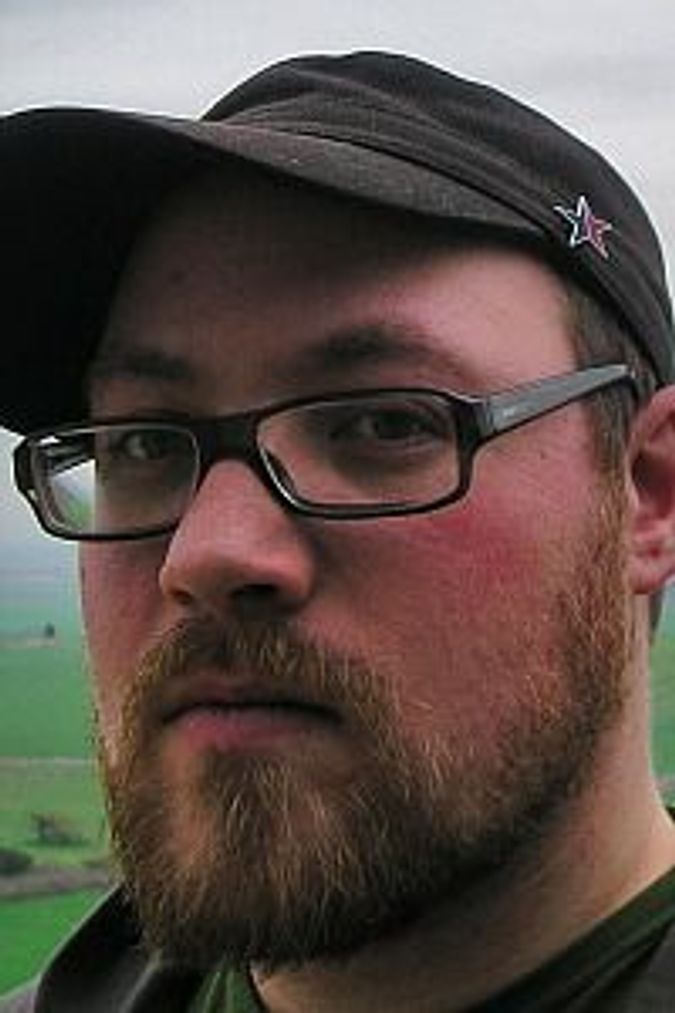 As Jews we know: Exile is not nearly the end.

Rabbi Michael Lerner wrote in a public email Sunday that the community is “fetishizing the tents” — that they’re beside the point.

And it’s true. Occupy Wall Street long ago transcended mere physicality. Whether or not the occupation stays in Zuccotti Park, whether there are tents and a People’s Kitchen, the movement’s Yohanan Ben Zakkais have already redacted its collective and mutable knowledge and carried it forth to 1,500 diaspora communities spread around the world. Each has been endowed with the gifts of radical iconoclasm, personal and collective empowerment, horizontalism, mutual aid, consensus-based decision making and, of course, the fearsome people’s mic (also known as the human microphone).

They are prepared and preparing to mic check injustice everywhere. As the occupiers have so well put it, “You cannot evict an idea whose time has come.”

This past Sunday, my friend and teacher Douglas Rushkoff gave a talk at the People’s Library in Zuccotti Park. He concluded:

“Remember that you have already won.

“It is the day we Occupy the World.”

Though, pending the court’s decision, we may no longer have the physical space of Zuccotti Park in which to pilgrimage and fulfill our obligations, the people of Occupy live. In retelling our story (“We are the 99%”), recounting our values (“social and economic justice for all”) and carrying forth our tradition unto the four corners of the Earth (“Occupy Everywhere”) we are empowered to bring the spirit of the occupation into every facet of our lives, occupying not only physical spaces, but also frames of mind and moments in time.

While our hearts may always harken to Zuccotti, so long as the occupation endures in our spirits, the taste of redemption that was the blessed geulahdik anarchy of Occupy Wall Street shall stay forever fresh on our tongues. May we ever forget, shall those tongues cleave to our palettes and our right hands wither.

After Raid, Occupy’s Ideas Live On