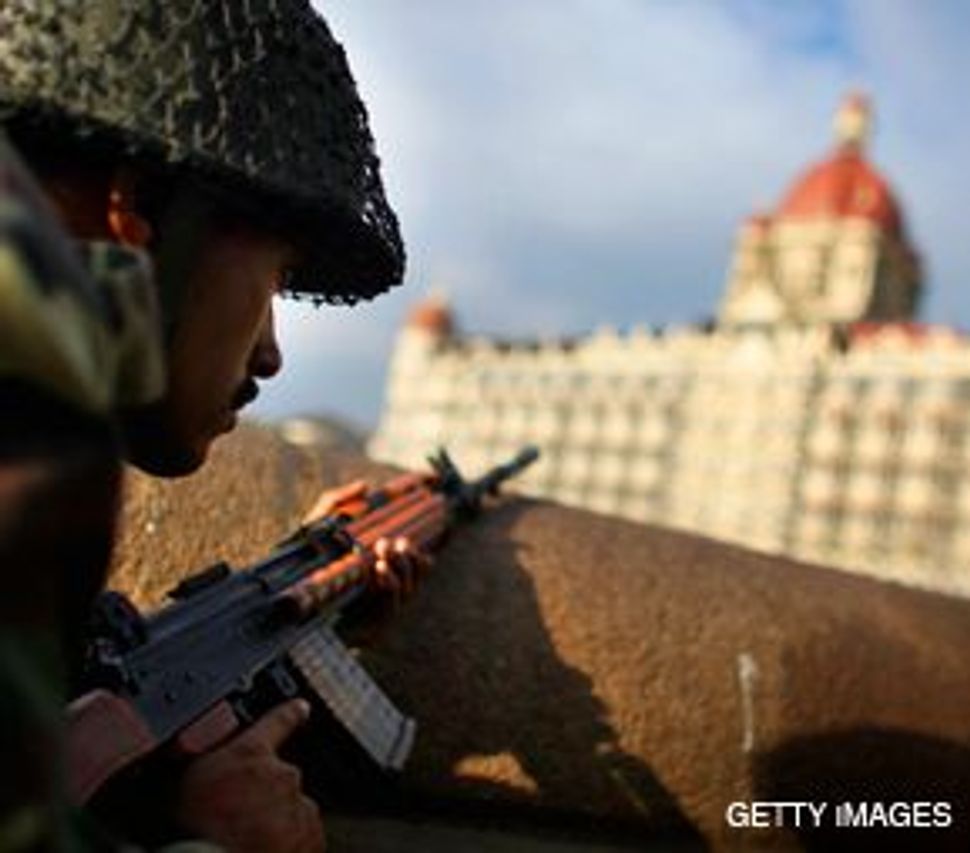 When my Indian Jewish grandmother married my Indian Muslim grandfather in the 1930s, their marriage was unusual in some ways. But in others it was commonplace. Theirs was a romance of pre-Partition India, and their courtship and early marriage, like so many in Mumbai, unfolded in the grand and intimate spaces of the Taj Hotel — its restaurants, ballrooms and long, grand hallways. 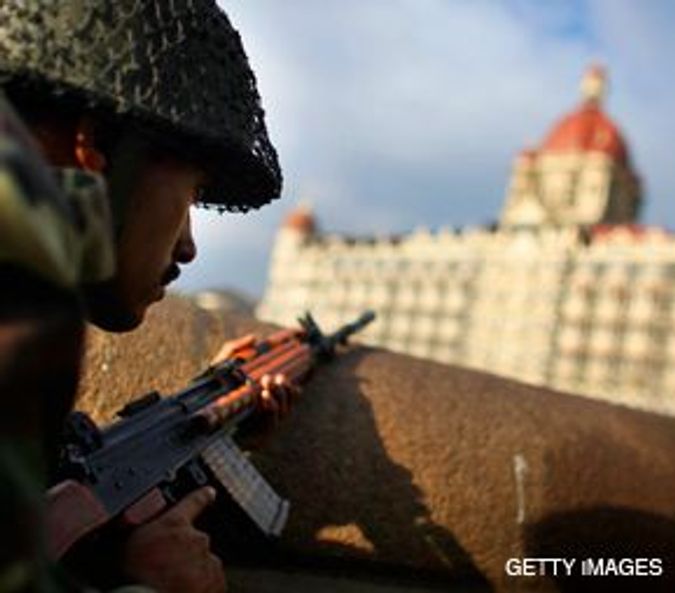 Now, photographs of these same rooms show walls and floors streaked with blood and littered with glass. Nearly 200 people died in the attacks on Mumbai, most of them Indians — Hindus and Muslims alike. The terrorists also targeted foreign tourists, international business people and Jews, killing six at the city’s Chabad center — the first time that Jews have been singled out and massacred on Indian soil.

When the terrorists walked unimpeded into the heart of Mumbai, they exposed the vulnerability of this famously hospitable city. Mumbai is a magnet for people from across India, and from around the world, all seeking something — whether it is wealth, opportunity or the possibility of reinvention. Dreams are Mumbai’s foundation — its currency and its fuel.

I was one of those seekers the day I arrived in 2001. True, I arrived seeking something less tangible than a job. My goal was to discover what role my grandparents’ past might play in my future, to understand what it meant to be tied to both India, the land of their birth, and Pakistan, the land they fled to after the Partition of 1947.

My mother’s own migration to the United States and marriage to my American father meant that my identity was further hyphenated — I was raised in Boston by a Muslim mother, Christian father and Jewish grandmother. What better place to make sense of this confluence than Mumbai, one of the world’s great crucibles? In the city I adopted as my second home there were no bag searches and no guards to bar entry. Mumbai, and its Jewish community, welcomed me, like they have done for so many others, with open doors and open arms.

While the Chabad house targeted by the terrorists served mostly Israelis and other visitors passing through Mumbai, there are also two distinct Jewish communities with deep roots in the city. Members of my grandmother’s community, the Bene Israel, maintain that their forebears arrived in India as early as 175 B.C.E. after being shipwrecked on the Konkan Coast. Then there are the Jews known locally as Baghdadis, who immigrated to India from Iraq as merchant traders during the period of the British Raj.

As a result of changing demographics, most of Mumbai’s eight synagogues are today located in Muslim neighborhoods, on the same sites where they have conducted religious services and Jewish education for hundreds of years. One of these synagogues, Magen David, has had a Muslim custodian for decades. In 2002 I photographed Muhammed as he packed and organized the city’s supply of matzo in anticipation of the Passover holiday, as he does every year.

I asked the synagogue’s caretaker, an elderly woman named Flora, if she had ever encountered problems with the local Muslim community. She rebuffed my question with a swat of her hand. “The problems in Israel are not our problems here,” she explained. “We Jews in India have had good relations with the Muslims, and they with us.” She told me of how, during the Six Day War, Muslim shopkeepers held hands across the synagogue gate to protect it from the possibility of looters, saying that this was a house of God and it should be protected. Nothing happened. She shook her head at the memory, considering it from a distance. “I will never forget the kindness of the Muslims that day,” she said.

Mumbai has long been a city where cooperation and commerce across cultural and religious lines is a way of life. In the 1930s, my grandfather’s business partners included Hindus, Jains and my grandmother’s Jewish father, while my grandmother’s brothers fought in a Sikh regiment of the Indian army. My grandparents’ religious upbringings may have been different, but their love story was shaped by a moment in Indian history when the threat and promise of dissection had not yet torn apart the country.

It was communal riots in the wake of Partition that compelled my grandparents to leave. So much was uncertain at the time of the British withdrawal, and my grandfather hoped that tensions would dissipate quickly and life would return to normal. But as news reports of Hindu and Muslim neighbors attacking one another mounted, he became fearful for his family’s safety and moved his wife and children to Karachi.

Their migration was part of the single largest transfer of populations in human history, as nearly 15 million people, Hindus in what became Pakistan and Muslims in newly independent India, gathered what few belongings they could carry and swapped one country for another. The ensuing violence that shook the Subcontinent left a million people dead.

The bitter legacy of Partition — including the unresolved fate of Kashmir — haunts the Subcontinent to this day, fueling tensions that have erupted sporadically and sometimes violently in Mumbai in the ensuing 61 years. But it is the city’s larger promise of a multi-layered, cosmopolitan reality — the very aspect of the city that brought my grandparents together and compelled me to return — that made it a tempting target for militants seeking to reignite hostilities between India and Pakistan. In striking at Mumbai, the terrorists tried to destroy the foundations of hope for regional harmony and cooperation. It is vital that Indians and Pakistanis not let them succeed.

Sadia Shepard is the author of “The Girl From Foreign: A Search for Shipwrecked Ancestors, Lost Loves, and Forgotten Histories” (Penguin Press).