A Dissenting Opinion on ‘Aba-Gate’ 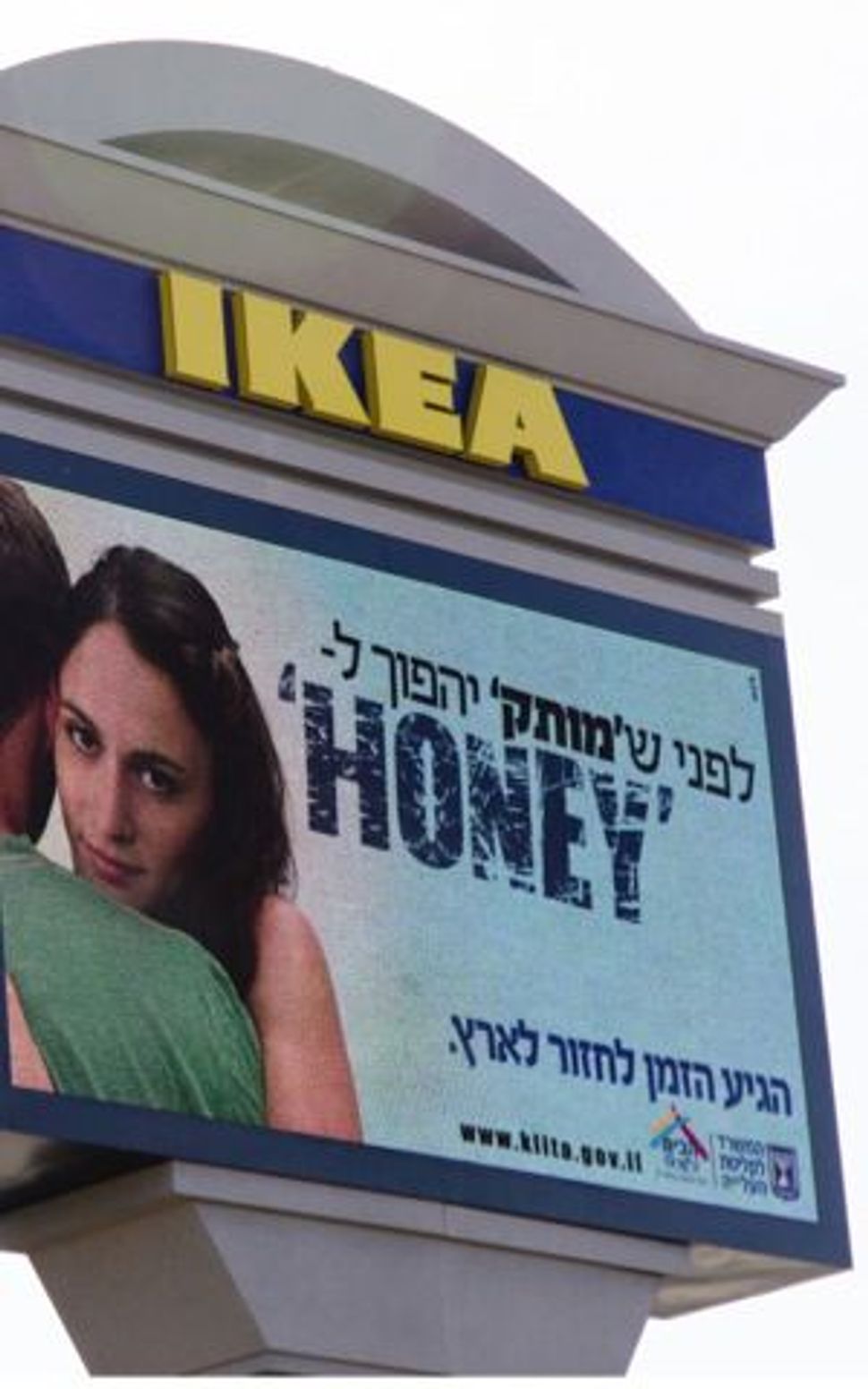 This is a difficult moment for American Jews.

To wake up and discover, as did the Forward’s Gal Beckerman, that the Israeli Ministry of Absorption is actively trying to convince Israeli expatriates living in the U.S. that they should come back to Israel by dramatizing the risk of assimilation of their kids and grandkids — this is a cause for outrage.

Gal is not alone. Writing in The Atlantic, Jeffrey Goldberg is appalled. “I don’t think I have ever seen a demonstration of Israeli contempt for American Jews as obvious as these ads,” he writes. Over at the Daily Beast, Allison Yarrow calls the ads “pandering” and “ham-handed,” drawing the conclusion that “many Israeli writers, thought-leaders, politicians, and rabbis believe assimilated American Jews are not Jews at all.”

Don’t get me wrong. These critics are probably right about the infelicity of the ads. I doubt the Ministry of Immigrant Absorption had any inkling of what it was getting itself into — or why they neglected to realize that these ads would drive American Jews bananas.

Yet in the hysteria of the response, the insecurity of American Jewish life is laid bare. This, rather than the campaign itself, is the real story.

Say what you will about the political wisdom, the fear-mongering, and so forth, on the part of the Israelis. The fact is, at the heart of the campaign lies a truth too painful for many American Jews to handle: That the chances of one’s grandkids ending up identifying as Jewish are indeed significantly higher in Israel than they are in the U.S. — and that this is important in thinking about our future. I really do believe that if American Jews were to step outside their own emotions for just a moment, to stop changing the subject and actually focus on the issue being raised, they’d admit that, seen from an Israeli perspective, the fear expressed in these ads is, to a large extent, quite justified.

But most of them can’t, because it’s the Israeli perspective itself that they find so threatening — that same Israeli challenge that for generations has been suggesting that having our own country is better for us spiritually, culturally, and physically, than not having one. Suddenly, people who usually champion Jewish self-criticism circle their wagons. Remember the outrage when the author A.B. Yehoshua likened Jewish identity in the diaspora to a jacket that can be taken off at will? Sorry, Jeffrey Goldberg, this has nothing to do with Netanyahu (as he implies in his headline), for assimilation of American Jewry troubles Israelis on the left just as much as those on the right.

The hyper-sensitivity to criticism is unfortunate, because these ads inadvertently offer a real opportunity for discussion among American Jews, who should be desperate for new perspectives on their future, wherever they may come from. And so, as a public service, I toss out the following smoke bombs — a list of potentially offensive statements that could legitimately be seen as deducible from the American Jewish outrage, but whose central aim is to stoke a more fruitful debate:

These ads are ill-thought out. But a secure, self-assured, thriving Jewish culture would have just shrugged them off. Instead, we get responses that are totally out of whack — suggesting that the Israelis really stepped on a live wire in the American Jewish psyche.

So hey, American Jews, consider this a wake-up call. It’s too easy to change the subject, to blame Netanyahu or the “clinical-sounding” Ministry of Immigrant Absorption for that uncomfortable feeling you get when Jews in other countries look at your numbers and worry about our collective future. But it’s just a mirror to your own “willingness to criticize Israel.” It reflects that same level of mutual Jewish concern, the same parochial yet profound wish for a vibrant, unified Jewish civilization — the same dream that grows more distant every day.

David Hazony is a contributing editor at The Forward. His first book, The Ten Commandments: How Our Most Ancient Moral Text Can Renew Modern Life (Scribner, 2010), was a finalist for the National Jewish Book Award.

A Dissenting Opinion on ‘Aba-Gate’