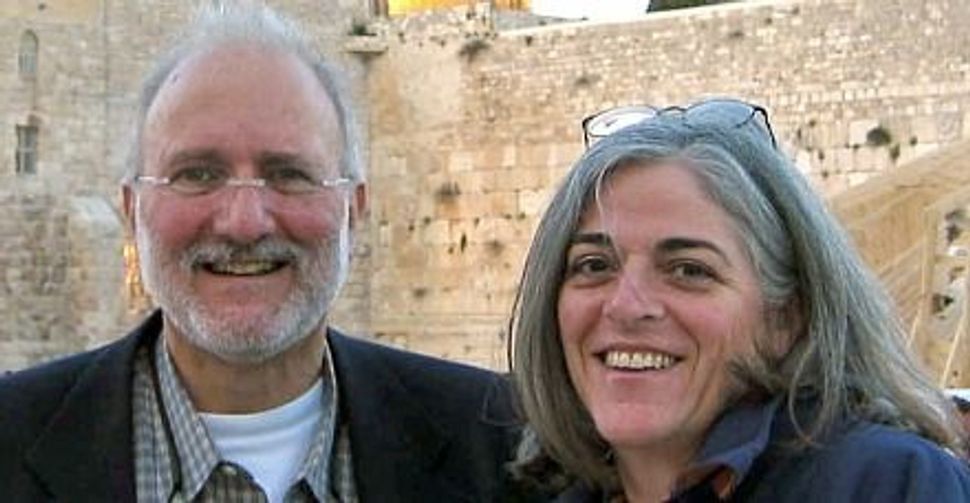 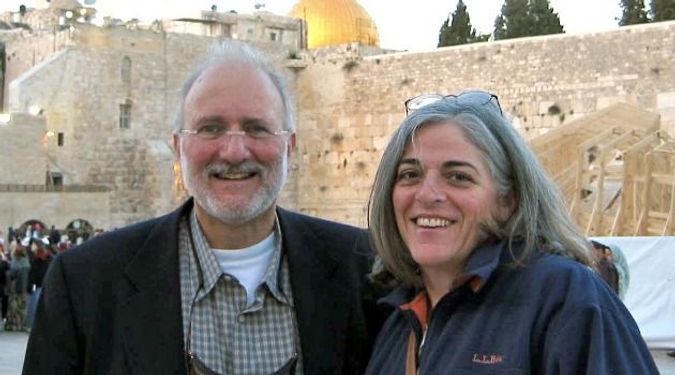 Set Him Free: Alan and Judy Gross smile during a vacation in Jerusalem. He?s been held in a Cuban jail for two years, and a Cuban Jew says right-wing exile politics are preventing serious efforts to win his freedom. Image by courtesy of gross family

To understand the reason that Alan Gross, an American citizen, has been languishing in a Cuban jail for the past two years, it is instructive to listen to an exchange that took place recently at a hearing of the U.S. House Foreign Affairs Committee.

Rep. David Rivera (R-Fla.) demanded that Wendy Sherman, undersecretary of state for political affairs, reveal whether the United States has in any way tried to work with Havana to secure Gross’s release. He hoped we hadn’t.

Rivera told her, “It is outrageous that we would be negotiating with a terrorist regime to release an American hostage.”

In principle, this policy is right: Nations should not give in to the demands of terrorists. But none of this has anything to do with Gross or with Cuba.

Rivera’s references to terrorism and to Gross as a hostage are a manipulation. Cuba’s presence on the list of state sponsors of terrorism is a sham. The last three State Department reports written to justify Cuba’s inclusion on the list read more like arguments for taking it off. The State Department has not recorded a single terrorist action sponsored by or promoted by Cuba in two decades. Even the governments of Spain and Colombia, the supposed targets of Cuban-sponsored terror, do not support Cuba’s inclusion on the list.

Likewise, Gross was arrested in Cuba, not kidnapped. He was working under the auspices of the United States Agency for International Development under Section 109 of the Helms-Burton Act, an American law with the express objective of overthrowing the Cuban government, a law that has been condemned by the U.N, for violating Cuban sovereignty. Gross is not a hostage; he is a pawn, trapped because of our regime-change policy. If Washington were to negotiate with Cuba to achieve Gross’s freedom, there would be absolutely no risk that Cuba would then kidnap other Americans. Cuba is not like Hamas and Hezbollah, kidnapping Israeli citizens for the purpose of provoking negotiations.

The Obama administration, by repeating publicly that the only option for achieving Gross’s freedom is for Cuba to release him “unconditionally,” has surrendered the political initiative to the Cuban-American right. These anti-Castro forces have not had to come to terms with their own culpability in Gross’s ordeal.

For Americans interested in a flexible policy of engagement toward Havana, Gross’s arrest was a tragic and familiar event in the long history of Washington’s war against Cuban sovereignty. We lament what has happened to Gross, but we know that, in many ways, American policy created the problem.

There is no greater religious duty in the Jewish tradition, as expressed by Maimonides, than the release of prisoners. Gross, who was naive about going to Cuba under the USAID program and did not seek the informed consent of the Cuban-Jewish leadership for his activities, is a brother in faith, and a fellow citizen. Americans of all religions, but particularly Jews, must rally behind his wife, telling Cuban and American politicians that they want Gross back home. Every Jewish mission traveling to Cuba should raise Gross’s case with the Cuban authorities.

But a call for a humanitarian gesture should not be targeted only at Havana. Next spring, Cuba will be visited by Pope Benedict XVI; all the American communities of faith must reach out to the Vatican to ask for its mediation in seeking Gross’s release. The State Department should assume its responsibility for Gross’s imprisonment and openly present to the American public the dilemmas and possibilities for negotiations. The public has the right to learn the facts without sensationalist manipulations evoking fears of terrorism and kidnappings, neither of which has anything to do with this case.

The choice of negotiating Gross’s release with the Cuban government should be discussed on its merits. Cuba has prisoners in the United States convicted and sentenced to lengthy terms, and the Cuban government wants them released, as well. If there are real obstacles to such a swap, the Obama administration should present them honestly to the American public and not confine the conversation to one with Cuban-American legislators.

In the end, the question is whether to leave Gross rotting in a Cuban prison or to negotiate his release with the government that holds him. That decision requires an informed American public able to take a hard look at our government’s own responsibility in this affair.

Arturo Lopez-Levy is an adjunct faculty member at the University of Denver’s Josef Korbel School of International Studies and the co-author of “Raul Castro and the New Cuba: A Close Up View of Change.” Until 2001 he was a member of the Cuban-Jewish community.