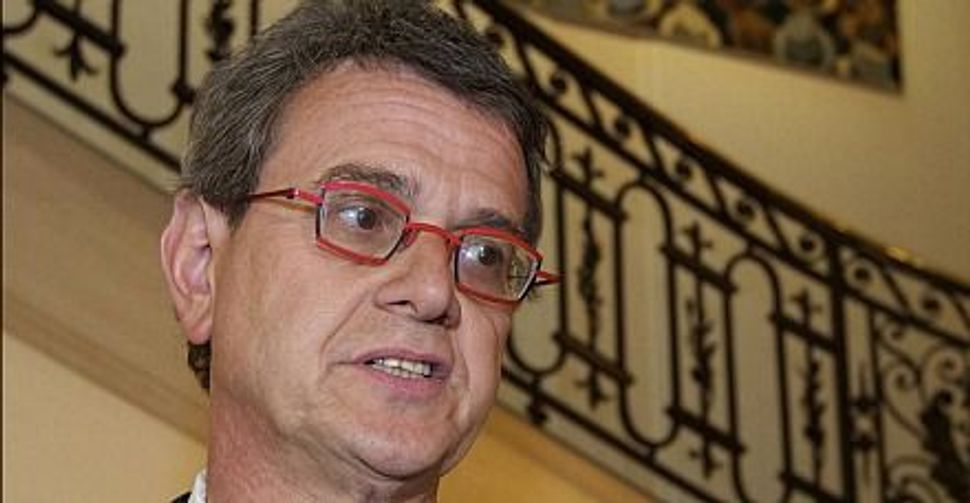 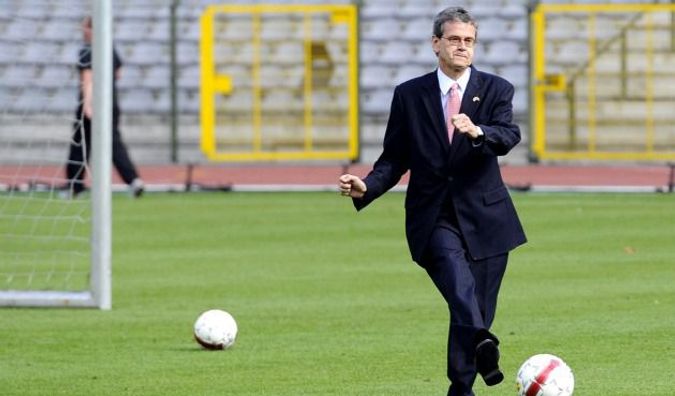 Speaking Truth: Critics slam Howard Gutman, the U.S. ambassador to tiny Belgium, because he tried to dig deeper into the causes of anti-Semitism instead of simply denouncing it. Image by getty images

I think it’s time we faced up to the hard truth about Louis Pasteur. The famed 19th century French scientist was a rank bigot. He’s been getting a free ride for too long, and it’s got to stop.

The evidence is shocking but undeniable. It seems that while Pasteur was supposedly devoting his career to battling deadly diseases, he was actually trying to “understand” them, to “explain” what “caused” them to behave as they did. Instead of speaking out firmly against disease, he rationalized its behavior. Indeed, he put the onus on the victims to deal with the consequences of their own suffering, forcing them to ingest “vaccines” and “medicines,” as though their infirmities were their own fault. If he truly believed that germs caused disease, as he claimed, he should have been sticking his needles into the germs, not their victims.

As near as I can tell, that’s the logic behind the current attacks on the Howard Gutman, the American ambassador in Belgium. Gutman is under fire for a speech he gave to a November 30 conference on European anti-Semitism, which his critics say amounted to rationalizing and excusing anti-Semitism. In his remarks Gutman claimed that attacks on European Jews by local Muslims stem from a hatred “largely born of and reflecting the tension between Israel, the Palestinian Territories and neighboring Arab states in the Middle East.” In other words, he blamed Israel. (Well, O.K., he blamed Israelis and Arabs alike, but we know what he really meant. I mean, he works for Obama.)

Gutman said that educators and community leaders can help ease the fraught situation by “working to limit converting political and military tension in the Middle East into social problems in Europe.” But to make a real dent in European anti-Semitism, Israeli, Palestinian and neighboring Arab leaders have to sit down and talk peace.

Gutman’s most serious offense was to draw what most observers are calling a phony distinction between “classic” anti-Semitism and a supposedly new version spreading in Europe today. By way of clarification, the first refers to 1,000 years of repeated efforts by the ruling powers of Christian Europe to liquidate the Jewish people, either by forced conversion, mass murder or a combination of the two. The second refers to a series of attacks and threats against European Jews over the past decade, including vandalism, verbal abuse and some violence, mostly by Muslim immigrant teenagers.

The ambassador’s critics counter that Muslim anti-Semitism is not a product of the Israeli-Arab conflict but actually predates it by centuries, going back all the way to writings of Muhammad himself. In fact, most critics say the very act of trying to differentiate one kind of anti-Semitism from another is itself “simply anti-Semitic,” as Rep. Gary Ackerman put it. Except, of course, for the fact that one was marked by century after century of recurrent expulsions, Inquisitions, forced conversions, autos da fe and mass murders by waves of Crusaders, Ukrainian Cossacks and Nazi stormtroopers, and the other wasn’t. Other than that, they’re exactly the same.

The other objection to Gutman’s speech is more caustic: In trying to explain the motives of Muslim anti-Semites, he is effectively justifying their actions. As Senator Joseph Lieberman said of Gutman’s speech, in a statement released through a spokesman, “it is inexcusable to offer rationalizations for anti-Semitism or any other form of bigotry or hatred.” Moreover, claiming that solutions must be found in Middle East diplomacy shifts responsibility away from the perpetrators themselves. To end the offense, target the offender, not the victim.

Gutman isn’t the first person to find excuses for anti-Semitism and blame it on Jewish behavior. One journalist writing more than a century ago in Austria, Hitler’s birthplace, claimed that Jews carry it with them wherever they go: “Where it does not exist, it is carried by Jews in the course of their migrations.” In fact, he wrote, Jews “naturally move to those places where [they] are not persecuted,” and once there, their mere “presence produces persecution.” They complain that they’re treated like “strangers,” even in countries where they’ve lived for centuries, but the rejection is natural, he wrote: “The majority may decide which are the strangers; for this, as indeed every point which arises in the relations between nations, is a question of might.”

Another author, writing in Russia during the height of the tsarist pogroms of the 1880s, called the Jews “a nation long since dead,” the “ghostlike apparition of a living corpse” that understandably cause revulsion in others. “[I]f the fear of ghosts is something inborn, and has a certain justification in the psychic life of mankind,” he wrote, “why be surprised at the effect produced by this dead but still living nation?”

The first quote is from Theodor Herzl’s 1896 monograph “The Jewish State.” The second is from Leon Pinsker’s seminal 1882 essay “Auto-Emancipation,” which was arguably even more influential than Herzl’s in stirring Jews to action. Both men called on Jews to leave Europe and create their own Jewish nation in the Middle East. Pinsker’s pamphlet caused a sensation and inspired a generation of young Jewish activists, including David Ben-Gurion and Vladimir Jabotinsky, to pick up stakes and answer the call. Herzl created the organizational infrastructure that turned a hare-brained scheme into a historical fact.

Pinsker and Herzl tried to understand the reasons for anti-Semitism so they could come up with solutions. In their quaint, fin de siècle way, you might say they were applying Pasteur’s scientific method to social ills: First understand the disease, then find the cure. If they were alive today, we’d be telling them to stop blaming the victim and focus on the perpetrators. If they truly believed in emigration as the answer to bigotry, we’d say, they should tell the antisemites to emigrate. And perhaps they should have. Then Hamas would be shelling the anti-Semites, which would be rich.

But Pinsker and Herzl concluded that it was pointless to try arguing with anti-Semites, since that ultimately left the fate of the Jews up to their tormentors. Instead, they called on Jews to take their fate in their own hands. Of course, most European Jews thought the way we do and stayed put, which worked out pretty well, until it didn’t.