Searching for the ‘Divine Society’ 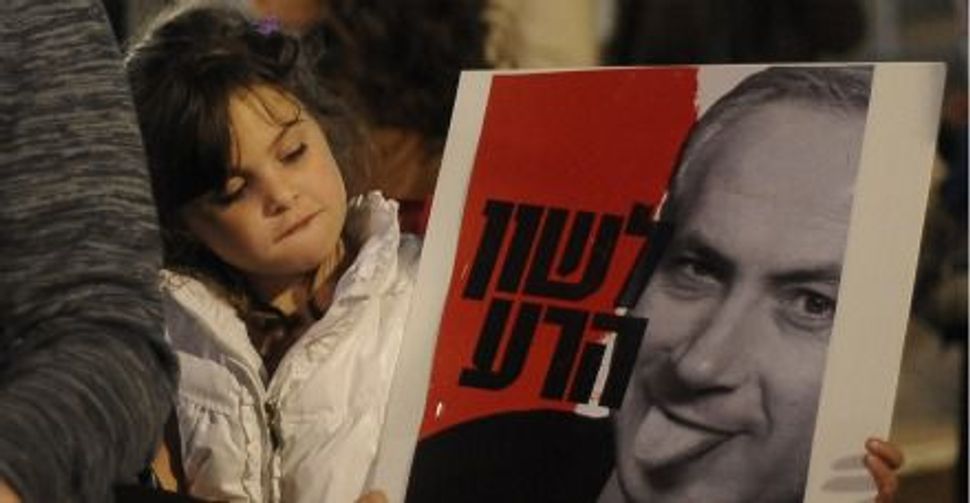 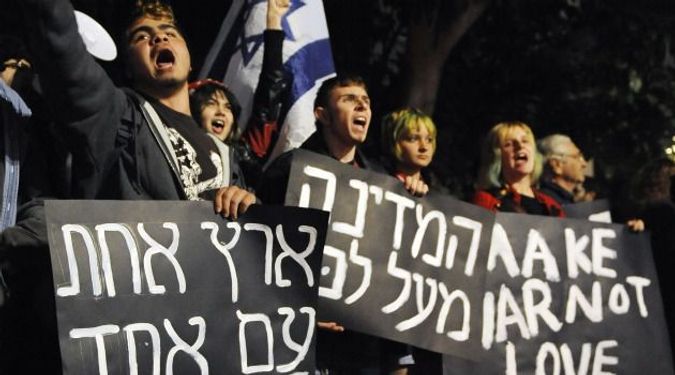 More Democracy, Not Less: Protesters take aim at Benjamin Netanyahu for a raft of anti-democratic laws in Israel. Image by getty images

Let’s start with the good news. Dorit Beinish, president of Israel’s Supreme Court and vehement opponent of what she calls “incitement against the court,” exempts Prime Minister Benjamin Netanyahu from her indictment. And rightly so. In her remarks during a conference on public law, Beinish mentioned the role of Netanyahu in blocking the bills that would have changed the face of the Supreme Court: “There is a great deal of importance to the fact that the prime minister declares the importance of the independence of the judges… I assume that the prime minister will continue to stand guard to the best of his ability.”

That opening paragraph was originally followed by these words: “Lately, in fact, Netanyahu has taken several steps in defense of Israeli democracy. Credit where credit is due: Netanyahu saw to it that two new bills that would have had significant impact on the freedom of nongovernment organizations, hence been a real blow to civil society, were shelved.”

Alas, the latest reports from Israel indicate that a revised version of these bills has now been endorsed by the prime minister. In the opinion of the editors of Haaretz, the new version is even more pernicious than the original.

I will, withal, forgo the urge to remind the reader that this same Netanyahu continues to resist any movement toward ending the occupation or advancing the peace process.

The occupation? My dear friend, Sara Benninga, an activist in Israel’s Solidarity movement — the folks who demonstrate weekly at Sheikh Jarrah and, more recently, at Silwan/Ir David — writes a very disquieting and brutally candid description of what transpired when Solidarity and others returned to Anatot, a settlement not far from Jerusalem where they had encountered settler violence during a demonstration several weeks earlier.

“We had,” she writes, “about 350 people at the demonstration, and it looked like a military operation. The police had set up a ‘cage’ — quite a large one…but still a cage. They had taken over the whole area surrounding Anatot — with policemen at the turnoff to the road leading up, police at the parking lot, an ‘operations’ tent in front of the cage, and many cars, policemen and special forces — ‘in case’ something happens.

In the parking lot inside the settlement there was even one of the trucks which sprays the stinky water in case things got ‘out of hand.’ The buses were allowed only in pairs up to the area of the demonstration and they were permitted to let the demonstrators off only right in front of the entrance to the cage. It was quite awful. I think many people had a bad feeling, of being put in a cage like animals. And although the police were very intent on ‘keeping it safe,’ it was also, at the same time, a way of sending a message, as if they were saying, ‘Fine, you can demonstrate, but you are not part of the society, you are outcasts.’ That was the feeling…. Is this the kind of ‘demonstration’ we are going to be allowed to hold? Is this what democracy is about?”

And now, a change of pace: a correction. A few weeks back, I had some critical things to say about Chief Rabbi Lord Jonathan Sacks, who had said in a talk at Harvard that “our greatest aspiration for the State of Israel is that it be a “divine society.” I wrote, “In light of everything now happening in Israel, to aspire that Israel become in any meaningful sense a ‘divine society’ promotes just the kind of flaccid messianism that is bound to mess with our minds.” But I evidently misapprehended Sacks’s meaning.

In my reading of his talk, I focused on his reference to the State of Israel; his intended emphasis was not on the state, but on the society. This I now know via a very gracious communication from Rabbi Sacks, who writes, inter alia: “A divine society — which I favor — is not the same as a divine state. I believe and have always argued for separation of religion and power, in Israel as in the USA. Nor have I any patience with messianic politics…one of the worst dangers religion can pose. Third, a divine society is precisely one which honors the 36-times repeated biblical command to love the stranger… Has religion gone wrong in Israel? In many senses, yes, sometimes tragically, dangerously so.” I am grateful to Sacks for setting the record straight.

And to Sara Benninga for her witness. As for Netanyahu, may he take to head and heart the words and promises of Israel’s Declaration of Independence — in particular, Israel’s solemn pledge to “ensure complete equality of social and political rights to all its inhabitants, irrespective of religion, race or sex,” and to “guarantee freedom of religion, conscience, language, education and culture.”

Searching for the ‘Divine Society’