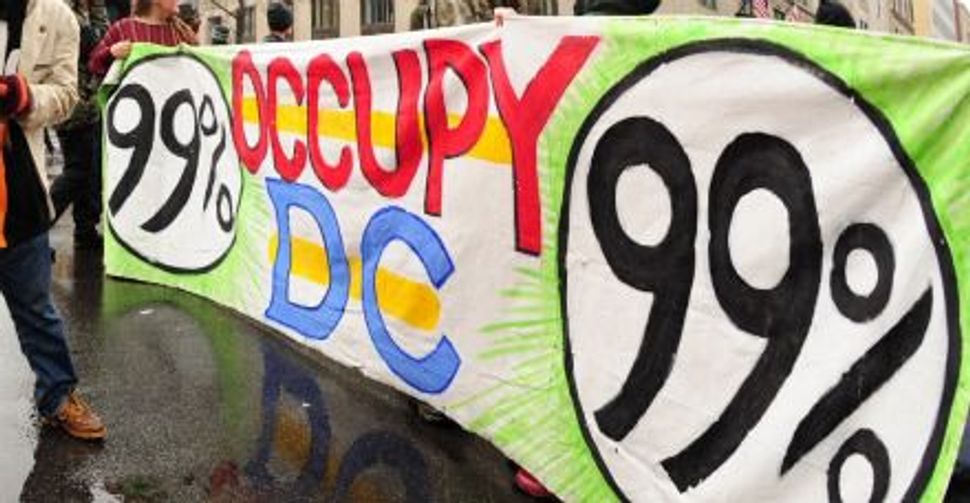 Why does inequality rankle us so? Why has it undergirded the protests and occupations of so many frustrated Americans? The reasons were well stated in President Obama’s recent speech in Kansas: Stubborn inequality stifles hope, perverts our political process and seems fundamentally unfair, a violation of the core American precept that only your ability and work ethic stand in the way of success, not a system that may be stacked against you from the start. After World War II, the president reminded us, a child born in poverty had a 50/50 chance of entering the middle class as an adult. If current trends continue, only one in three children born today will have that opportunity.

The Forward’s annual survey of leadership and compensation in the Jewish nonprofit world, published today, is a service to our readers, giving them information they can use to hold accountable the communal organizations they serve, rely on and support. It also is a way to shine a light on the persistent inequality that exists in too many of these national organizations — an inequality that, also, stifles hope, perverts our politics and should strike us as fundamentally unfair.

When we see that the paltry number of women in leadership positions has remained stubbornly low and that the salary gap between male and female executives has grown even larger, we should recognize that this is our own form of inequality. Why is there only one woman running a major federation when women elsewhere are in charge of large corporations and entire countries? Why is there only one woman among the top religious and educational leaders when women elsewhere head the nation’s most prestigious universities, and when some rabbinical schools are graduating more women than men?

When a nearly all-male network runs most of the national Jewish organizations — those on the political left, right and center — saying it speaks for the entire community but in fact looks like only half of it, that perverts our politics. And when some of those leaders consistently pull in salaries that might make a college football coach blush, that further entrenches a kind of aristocracy, removing the upper echelons from the reach of the rest of us.

Jewish communal leadership is a privilege, but it’s also a tough job, and it deserves to be well rewarded. Those rewards should be fairly distributed and open to all, not reserved for a segment of our community and essentially off-limits to the rest. Organizations asking for our dollars and our shekels must prove that they are using that money wisely and fairly. This is no time to protect our 1%.