JNF Board Member Quits Over Evictions 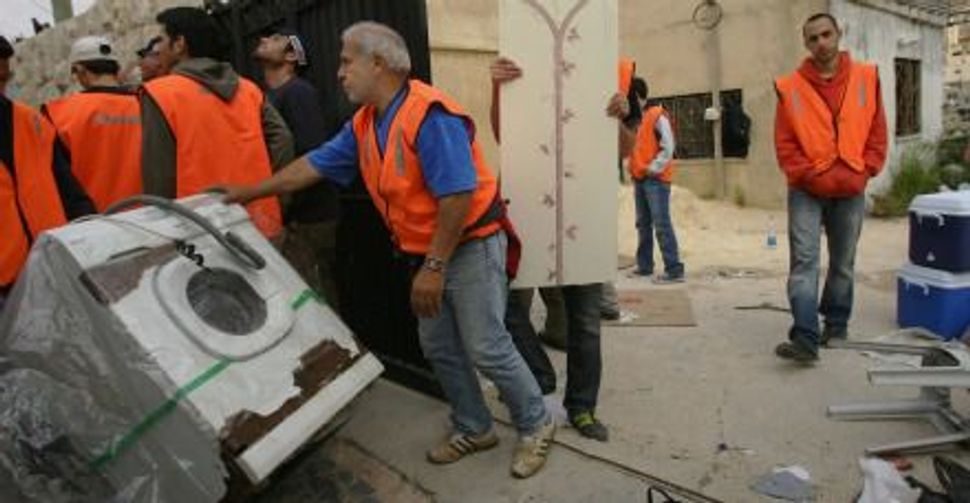 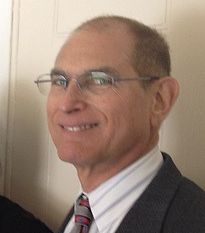 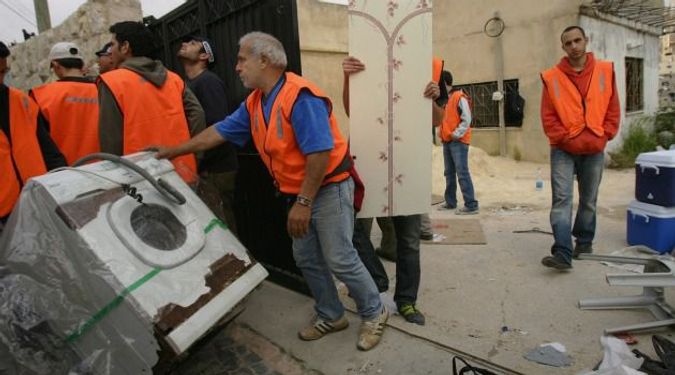 Reason to Resign: Palestinians are evicted from the Silwan neighborhood to make room for Jewish settlers. An ex-Jewish National Fund board member explains why he quit over the issue. Image by getty images

Some of my earliest Jewish memories involve dropping spare change in the Jewish National Fund’s iconic little blue boxes. I was proud that my money would help plant trees in Israel. The JNF, I knew, was making the desert bloom.

As an adult, I became a member of the organization’s Washington, D.C., board and moved from donating extra nickels to raising thousands of dollars for JNF.

Now, I regret to announce that this week I have resigned my board position and am severing all ties with the organization.

My commitment to building a safe and secure Israel has not changed. My admiration for much of JNF’s environmental work has not changed. What has changed is a sense of betrayal I have at learning that JNF is a force in preventing long-term peace.

This fall, a subsidiary of the Israeli branch of JNF launched eviction proceedings against the Sumarin family, who live in the Silwan neighborhood of East Jerusalem. Under Israel’s controversial “Absentee Property Law,” the state may reclaim homes whose owners were not present in 1967, when Israel took control of East Jerusalem. In the case of the Sumarin family, the children of the original owner, Musa Sumarin, were declared absentees after his death even though there were other family members living in the home at the time. In 1991, the Israeli government took the step of transferring the property to the JNF subsidiary.

I have learned that the action on the Sumarin home is not an isolated case. JNF has gained ownership of other Palestinian homes in East Jerusalem and, in many instances, then transferred these properties through its subsidiaries to Elad, a settler organization whose purpose is to “Judaize” East Jerusalem.

In my eyes, the expulsion of the Sumarin family is a violation of human rights. But it is also part of the systematic transfer of Palestinian property to ideological settlers who wish to put facts on the ground that hinder a lasting peace agreement.

A few days before the proposed eviction, Rabbis for Human Rights – North America, in partnership with its counterpart in Israel, asked American Jews to write to the CEO of JNF requesting that he stop the eviction. More than 1,300 people responded. I believe that, like me, these writers felt deeply betrayed that the organization many of us have supported since our childhood would act in such unjust ways.

JNF’s initial response was to deny any involvement in the eviction. When legal papers that name a subsidiary of JNF as the initiator of the proceedings became public, the organization decided to postpone the eviction.

I hope that JNF will decide to cancel this eviction for good, and to refrain from pursuing additional such evictions. But I felt I had to resign now because senior people at JNF made clear to me that they still plan to get the Sumarin family out and transfer the property to Elad.

My commitment to Israel remains strong. But I will invest my time and financial resources in organizations committed to peace, democracy and coexistence between peoples.

Seth Morrison is Immediate Past Chair of the Friends of the Arava Institute and a member of the Washington D.C. Local Steering Committee for J Street.

JNF Board Member Quits Over Evictions