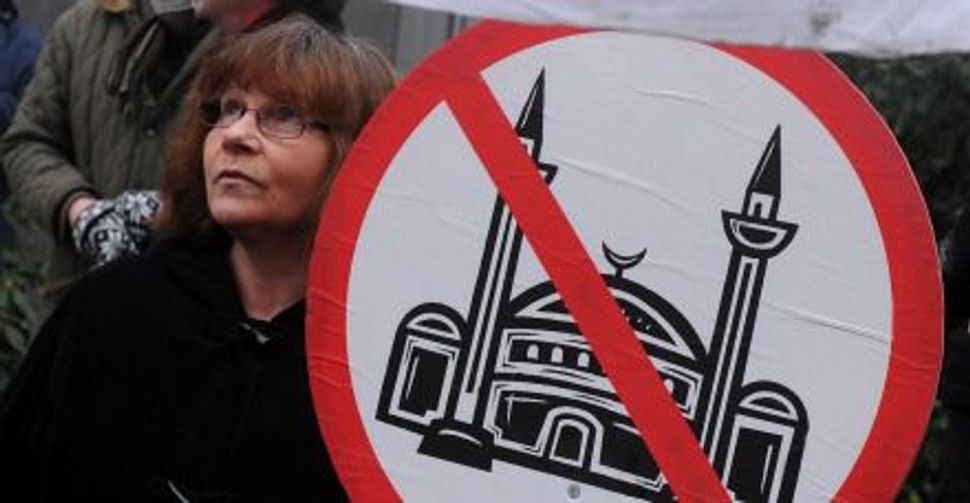 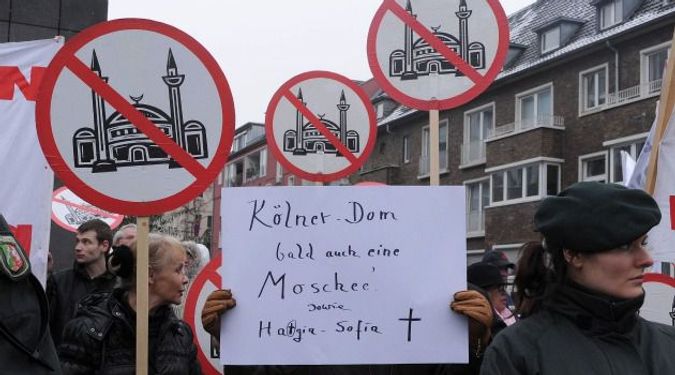 Since the fall of 2008, reported incidents of anti-Semitism have risen across the continent. In Britain, a record number of anti-Jewish crimes was noted in 2009. This year in the Netherlands, the number of Jews who reported being verbally harassed, and even physically attacked, climbed. More recently, a restored Jewish cemetery in the Republic of Kosovo was desecrated with Nazi grafitti.

What is fundamentally different about Europe’s current condition, however, is that anti-Semitism has been largely superseded in the organized far-right by suspicion at best, and hatred at worst, of the continent’s growing Muslim community. As Australian writer Antony Loewenstein puts it: “Yesterday’s anti-Semites have reformed themselves as today’s crusading heroes against an unstoppable Muslim birth rate on a continent that now sees Islam as an intolerant and ghettoized religion.”

More curious still is that via this Islamophobia (for lack of a better term), Europe’s extremist parties have entered into a disturbing marriage of convenience with sections of the Israeli right. In December 2010, politicians including Heinz-Christian Strache of Austria’s Freiheitliche Partei and Filip Dewinter of Vlaams Belang in Flemish Belgium visited Israel and signed the Jerusalem Declaration, “guaranteeing Israel’s right to defend itself against terror.” On a separate occasion, Members of Knesset Aryeh Eldad (National Union) and Ayoob Kara (Likud) met with members of a Russian neo-Nazi delegation that also toured Yad Vashem.

The English Defense League — not a political party but, rather, a thuggish and violent mob made up of the same sort of white working-class males who formed the rank-and-file of Mosley’s Blackshirts — has described the bond between themselves and Israel in the following terms: “In many ways there are parallels to be drawn between the radicalization that has infected the Palestinians and their supporters and the radicalization that continues to breed in British mosques. In this way at least, the people of England and the people of Israel have a great deal in common.”

Don’t be fooled. In the discourse of the European right, “extremism” and “radicalism” with regard to Islam are terms used to couch deeper concerns and prejudices, so as to broaden the movement’s appeal. Overtures to the existential security of Israel as a bulwark in the Middle East are in one respect an extension of this desire for wider acceptance and a detoxification of the far right brand.

But mutual cooperation between the Israeli and European fringes can perhaps best be attributed to a shared obsession with blood, soil and demography, as well as an opposition to multiculturalism and a desire to fashion mono-ethnic and mono-religious states.

The number of Muslims in Europe has grown, from 29.6 million in 1990 to 44.1 million in 2010. Muslims now represent 10% of the overall population in France. The fear, as expressed here by the British National Party (BNP), is that because the Muslim world’s “excess population” is “currently colonizing” the continent, the “indigenous British people will become an ethnic minority in [their] own country well within 60 years — and most likely sooner.”

At a time when Jews are diminishing as a total share of Israel’s wider population, Avigdor Lieberman rails against a two-state solution that calls for “a Palestinian territory with no Jewish population and a Jewish state with a minority group comprising over 20% of the general population,” the Arabs. His party, Yisrael Beiteinu, has described Israeli Arabs as a fifth column “likely to serve as terrorist agents on behalf of the Palestinian Authority.”

The religious right in Israel also has courted the European fringe, with MK Nissam Ze’ev (Shas) arguing that, “At the end of the day, what’s important is their attitude, the fact they really love Israel.”

On the one hand, it is tempting to argue that such parties as Shas and Yisrael Beiteinu are flirting with the far right as a facet of their strategy to garner any friends it can, at a time when the policies of Netanyahu’s government are alienating allies across Europe. This would certainly explain the recent photo op of Ron Prosor, Israel’s ambassador to the United Nations, with Marine Le Pen, leader of France’s Front National. Given Le Pen’s father’s propensity for Holocaust minimalization, the grubby axiom “the enemy of my enemy is my friend” has rarely been more apt.

Speaking in general terms, this might be a fair assessment, but it also is evident that for certain members of the Knesset, something altogether more sinister is at work. These representatives have entered into a Faustian pact with the dregs of Europe in hopes of eliciting support for a Jewish state cleansed of its Muslim population; and for those on the religious right, for a state grounded in an extreme form of Orthodox Judaism. It is a deal out of which no good can possibly come.

Liam Hoare is a freelance writer and graduate student at University College London’s School of Slavonic and East European Studies.