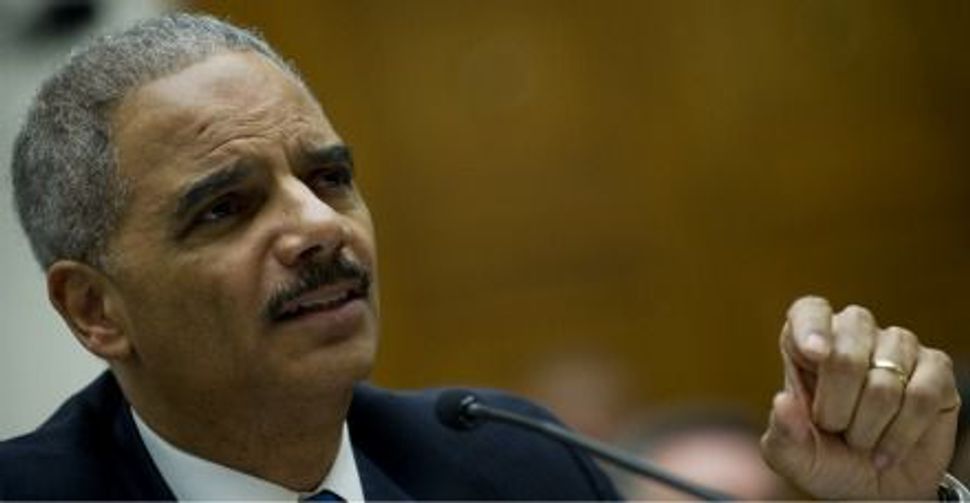 This isn’t Russia, you know, where allegations of massive voter fraud in the latest parliamentary election were so outrageous that the chairman of the ruling party had to resign. Nor is the United States like any number of African nations, where brutal dictators somehow manage to be swept into office by unrealistic margins again and again.

You’d never know that by the more than a dozen states that have enacted new voter restrictions this year for the purpose of quelling this supposed fraud, supported mostly by Republicans. You’d think it was rampant in Alabama, Kansas, Mississippi, Rhode Island, South Carolina, Tennessee, Texas and Wisconsin, where voters now have to present a government-issued photo identification card to cast a ballot. Or in Pennsylvania, with its rich trove of electoral votes, where the governor has endorsed a similar plan. He’s a Republican, too.

U.S. Attorney General Eric H. Holder Jr. was right in his December 13 speech to promise a robust challenge from the Justice Department to what looks more like an attempt to suppress voter turnout. There doesn’t seem to be any other reason for the new laws. “Indeed,” Holder reminded us, “those on all sides of this debate have acknowledged that in-person voting fraud is uncommon.”

But don’t take this Democrat’s word for it. A five-year effort by the George W. Bush administration’s Justice Department to crack down on voter fraud turned up virtually no evidence of any organized effort to skew federal elections. Only 120 people were charged over the period and only 86 convicted. Yes, most of them were Democrats, but a 2007 investigation by the New York Times revealed that the arrests showed absolutely no trend of widespread corruption or criminal intent. Many of those charged “appear to have mistakenly filled out registration forms or misunderstood eligibility rules,” the Times reported.

In Pennsylvania, where a tough voter ID plan is being debated, opponents point out that since 2004, even though more than 20 million votes were cast in the state, there were only four convictions of fraud. And none of those involved a false identity.

“Fraudulently impersonating a voter is already a felony,” State Rep. Daylin Leach, a Democrat, wrote recently. “Risking years in prison to gain an undeserved vote seems like a low-gain, high-risk crime, which is probably why it never happens.”

But what these new restrictions do accomplish is to diminish turnout among voters least likely to have a driver’s license — the young, the old, minorities and those who live in cities. One Pennsylvania newspaper calculated that 320,000 otherwise eligible voters in the state lack a valid license. That’s roughly the population of Pittsburgh.

Throughout our political history, the United States has been brilliant at extending the franchise and then, by law or pernicious regulation, taking it away. Rescinding the right to vote was blatantly done for women, who could cast a ballot in certain states before they couldn’t. The process was more insidious for newly freed black Americans, who faced state and local barriers that kept them from voting for a century after that right technically was theirs.

This latest attempt to restrict voting among the eligible is not equivalent to these past injustices, but it comes at a time when voter turnout ebbs dangerously low, and when the connective tissue between citizen and elected representative has seriously weakened. All the more reason to insist that a precious right not be taken away.