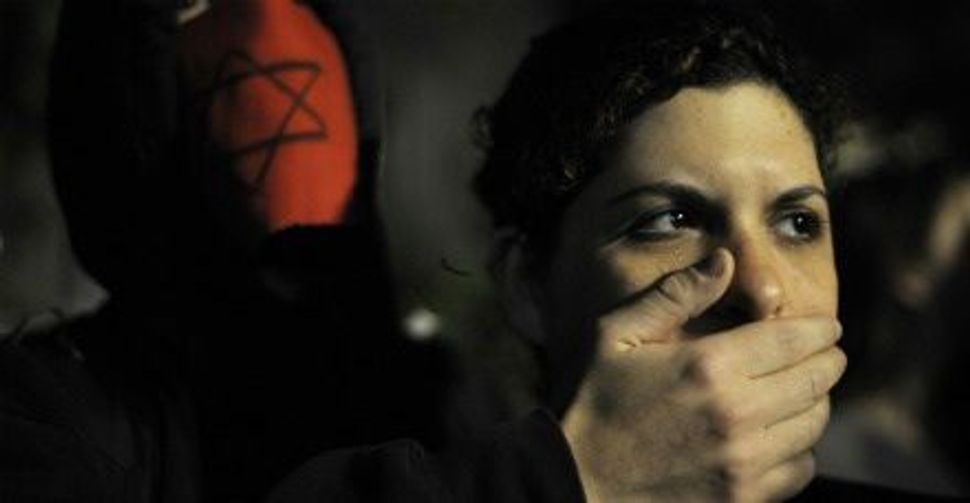 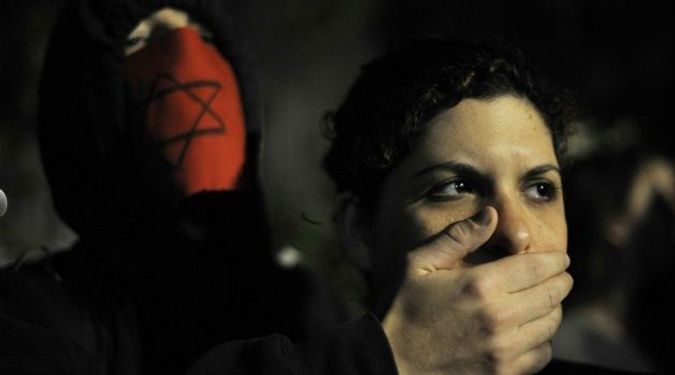 Editor’s Clarification: An earlier version of this article mistakenly suggested that NGO Monitor supports the Knesset’s current NGO legislation. It does not. The article has been changed to clarify this point.

It was one of the boldest assaults on an Israeli military base in years: A gang of some 50 hostile West Bankers stormed a brigade headquarters near Qalqilya on December 13, attacked the troops with a hail of rocks, slashed tires and vandalized property before being repulsed. None of the attackers was killed or even captured.

Has Israel’s vaunted military lost its edge? Hardly. The problem was that the attackers were Israeli Jews — settlers and their militant allies — and the Israeli army doesn’t shoot Jews. If the attackers had been Arabs, half of them would have ended up dead. Arabs can get killed just demonstrating outside their homes.

It’s a perverse fulfillment of David Ben-Gurion’s famous dictum, “What matters is not what the goyim say, but what the Jews do.” In this case, foreigners should shout all they like about Israel being an outlaw state — a nation governed not by democracy and rule of law but by ethnic triumphalism — but only Israel can make it so. And lately, it seems bent on doing just that.

One could cite countless little ways in which the rule of law is being eroded in Israel lately, but one action has caused worldwide alarm for its nakedness, and it’s our topic today: the legislation awaiting Cabinet and Knesset approval, the so-called NGO bill, aiming to choke off the finances of human-rights organizations.

The legislation has been through several acrimonious rewrites, but the latest draft, shepherded by the prime minister himself, seems almost certain of passage. It has three parts: First, it outlaws all foreign government funding of certain types of non-governmental organizations or NGOs (what Americans call nonprofits) that are deemed threatening to the state (more on this later). It also taxes their domestic Israeli donations at 45%. Second, it slaps a 45% tax on foreign donations to “political” NGOs such as Peace Now and B’Tselem. Third, it creates a Knesset (not judicial or administrative) panel to hear appeals by organizations seeking exemption.

Critics of Israel’s human rights NGOs claim they undermine Israeli democracy. NGO Monitor, an Israeli NGO that monitors other NGOs — but does not favor the legislation, it’s important to note — makes the case on its website that actions by one country aimed at “changing public opinion” in another country violate “the norms on non-interference in other democracies.” Besides, NGO Monitor says, the organizations receiving such funding don’t simply target Israeli public opinion — they engage actively in “delegitimization and political warfare against Israel.”

Sounds grim, doesn’t it? If organizations conspire with foreign governments to undermine democracy and wage war against their own country, lifting their tax exemption seems the least one could do. How could anyone argue with that?

One could start by exploring these supposed international democratic “norms” of non-interference. Rubbish. In fact, democracies do this sort of thing all over the world. America has been doing it for years. So has Israel.

Washington has its own federally-funded agency, the National Endowment for Democracy, that exists for precisely this purpose. It spends millions per year funding and training human-rights NGOs and even opposition political parties in more than 100 countries. Millions more in foreign-aid and State Department funds go to various quasi-governmental and private American groups doing the same overseas work.

That depends. Most of the endowment’s grants are in evolving democracies, like Nigeria and Moldova, that welcome America’s intervention. Others, like Belarus and Zimbabwe, harass and imprison U.S.-backed activists. Washington judges the level of democracy in other countries partly by the welcome they give such efforts. Israel apparently hasn’t yet decided which side it’s on.

As for Israel’s own foreign politicking, it consists mainly of government-backed agencies that support local organizations in other countries urging Jewish citizens to emigrate. Some countries, including France and Ukraine, deeply resent this activity, largely because of the way it disparages their way of life and seeks to alienate their citizens. In other countries, such as our own, opposition comes mainly from the local Jewish communities. Full disclosure: My kids attend the same Zionist summer camp that their father and grandfather did. I’m all for it. But let’s call a spade a spade.

Then there are the impossibly Orwellian contradictions in the bill itself. To begin with, some of its fattest targets, like B’Tselem, which monitors alleged human-rights violations in the territories, and the Association for Civil Rights in Israel, Israel’s version of the ACLU, are devoted mostly to exposing and challenging government violations of Israel’s own laws. They do this through the courts and the press. Sometimes these cases are upheld, sometimes not. That’s how democracy works.

And how to distinguish the “threatening” NGOs from the “political” or strictly kosher? The threats in the bill include: rejecting Israel’s right to exist, inciting racism, supporting violence against Israel, supporting international indictments of Israeli politicians and soldiers, calling for boycotts of the state or urging Israeli soldiers to disobey orders. NGO Monitor has a list of 23 organizations that would be likely targets. It’s not clear which it regards as “political” and which as threatening.

It’s a slippery exercise. Does opposing Israel’s right to exist include opposing its Jewish character, a key point of contention with the Palestinians? If so, who defines Jewish character? If you keep your tax exemption by favoring Jewish needs over non-Jewish, do you then lose it for inciting racism? What about “supporting” international indictments: Does that include unearthing damaging information that shows up in the indictments, the main charge against some key suspect organizations?

And what if you cross the red lines — advocating soldiers’ insubordination, say, or inciting violence against Israeli troops — with the aid of Israeli government funds? What if you’re a rabbi who urges soldiers to refuse orders to evacuate outposts or calls such demolitions acts of treason? Do you lose your tax exemption (or government salary) for such acts? Or only for pointing them out?

The more you look at it, the more it becomes clear that the effect of the bill — its main intent, in fact — is to restrict or outlaw the advocacy of observing the laws of the state. Orwell would have loved it.