Measuring Distance Between Us 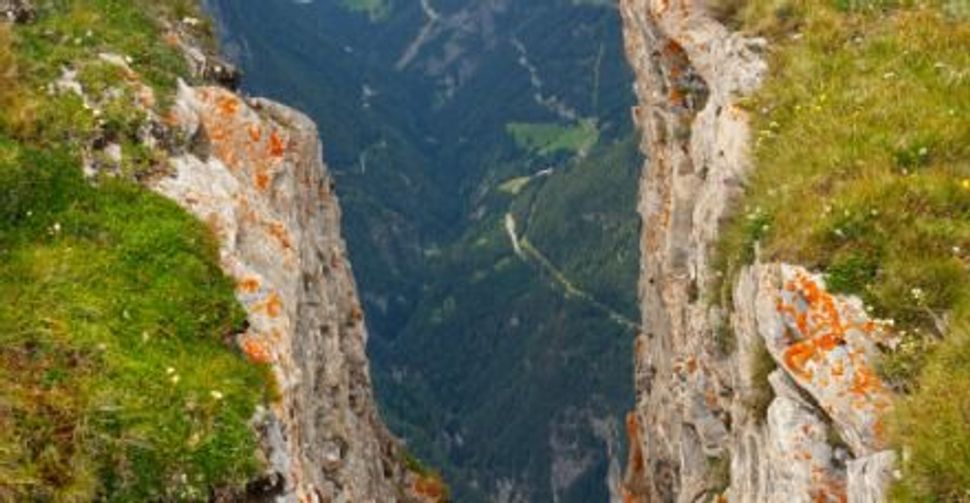 ‘Distancing” is the current favored word to describe the reaction of many American Jews, especially young Jews, to the ongoing situation in Israel. (Curiously, Peter Beinart’s essay in the New York Review of Books in May 2010, which catalyzed much of the conversation, nowhere uses the word.) But “distancing” is inadequate to describe the range of response to diverse alarming events in Israel. Herewith, two examples of that range, and a suggestion of how we might productively proceed.

Temple Israel, now more than 150 years old, has long been and remains today Boston’s landmark Reform congregation, refusing to rest on its many well-earned laurels. Its four rabbis recently saw fit to write to all their synagogue’s members explaining the need to initiate a series of conversations about Israel. Three reasons explained the need, the rabbis wrote: Mentioning the word “Zionism” at Temple Israel has come to make an otherwise relaxed environment tense; some parents have begun asking why Zionism is being taught in the religious school; a growing percentage of members “wonder as to Israel’s importance in the evolution of their lives.”

The congregational conversations (there have now been two) came as the synagogue launched a three-year adult education program on Israeli politics, culture and history, dating from biblical times. (The kickoff speaker for the series was Peter Beinart.)

Whatever else the T.I. experience signifies, it is hardly an example of “distancing.” It is, rather, about engagement, but in a manner that takes account of Israel’s unfolding reality.

As I travel about and meet with Jews of diverse backgrounds, I am again and again reminded that many of them feel compelled to choose between two narratives they perceive as competing. The one sees Israel as a nation besieged, surrounded by a newly unstable array of Arab states, facing the murderous wrath of Iran and the all-too predictable hostility of the United Nations, increasingly alone in the family of nations. The other sees an Israel that daily finds new ways to shoot itself in the foot; that betrays its democratic commitment with gleeful disdain; that countenances discrimination against women and against its own Palestinian citizens; that becomes more illiberal, hence more alien to the dominant American Jewish temperament each day.

As soon as these two narratives are seen as mutually exclusive, communal conversation becomes difficult if not impossible. Those who see Israel as besieged become defensive, often unable to abide any form of criticism of Israel; those who focus on Israel’s errors find themselves assaulted by the others. Some of them turn hostile to Israel, some distance themselves, find ways to be and do Jewish that end-run Israel altogether. The irony is that there is no need to choose between the two; they are powerfully linked to each other. Begin with either, and after just a few steps, you are led logically to the other.

Consider the case of Rabbi Daniel Gordis, who is widely regarded on the Jewish left as a right-winger, largely on account of his frequent essays in praise of Jewish particularism, his assaults on J Street and his emphasis, in his writings and speeches, on the external threats Israel faces, on “the siege.” Yet this same Daniel Gordis wrote, last January, that “At a moment in which the world…seems ever more inclined to decide that the State of Israel is morally corrupt and thus fundamentally illegitimate, elements of our society seem determined to provide them all the evidence that they need. We allow the world to draw the conclusion that we have no interest in moving some semblance of a peace process forward, and internally we allow a revolting ugliness to endanger our democracy, corrupt those of our children who are still decent and poison the world’s assessment of us precisely when we are most vulnerable.” [Emphasis added.] “Our emasculated political leadership — ossified by the unmanageable coalition it created — is endangering the very survival of the values and hope that have long led the Jewish people to live in — or rally around — this country.”

Open a Gordis column, and you do not know which Gordis you will there encounter: the one who warns against all the external threats Israel faces, or the one who is deeply concerned about problems of Israel’s own making. The twain do not meet.

Ah, but if the two perspectives are, in fact, logically linked, if a nation besieged is likely to become illiberal and an illiberal nation is likely to see itself as besieged, then perhaps that linkage offers some guidance on moving to a brighter time. An Israeli government willing to take more decisive steps against Jewish terrorists, able to resist the urge to displace Jerusalem’s Arabs with Jews, willing to begin the redemption of its promise of equality for its Palestinian citizens, might find the siege gradually relaxed; an Israel more proactive in the pursuit of peace, the harsh internal divisions of its people notwithstanding, might gradually invigorate Israel’s moderate majority.

Hope? Think of Leonard Cohen’s gift to us: “There is a crack in everything; that’s how the light gets in.”

Measuring Distance Between Us