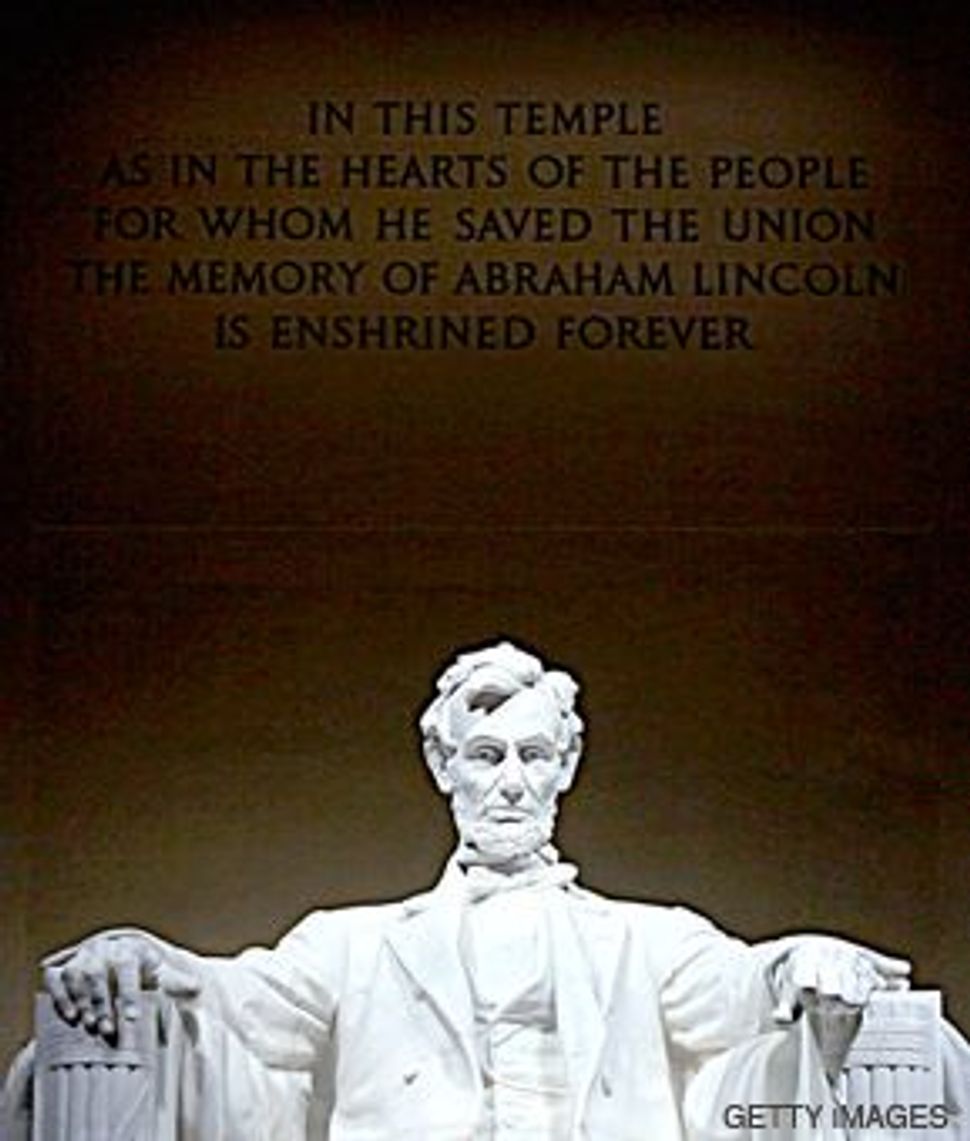 On February 12, less than a month after Barack Obama takes the oath of office, we will celebrate the 200th anniversary of Abraham Lincoln’s birth. How fitting that the two events will occur so close in time — the bicentennial of the birth of the man from Illinois who emancipated the slaves and the inauguration of the man from Illinois who will become the first African-American president. 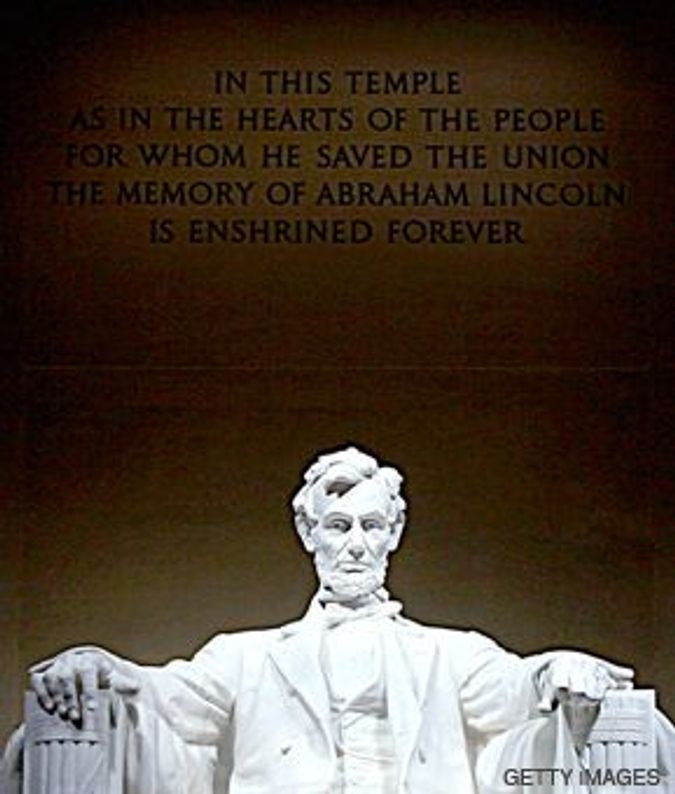 That’s why Obama’s decision to be sworn in using Lincoln’s Bible is so rich in symbolism. Yet Lincoln’s Bible is much more than a symbol. For Lincoln, the Bible was not only his most important literary well-spring, it was also a source of great comfort and inspiration.

Lincoln’s religiosity has been a subject of endless debate. Lincoln was arguably both our least and our most religious president. He was not a churchgoer and rejected dogma and ritual; as a young man he was probably an agnostic. His wife, Mary Todd Lincoln, said that he didn’t believe in Christian tenets such as the Trinity. As Richard Carwardine notes in his book “Lincoln: A Life of Purpose and Power,” she maintained that her husband was not a “technical Christian.”

Clearly, however, Lincoln lived his life with a deep religious sense. He may not have been a typical believer of the early- to mid-19th century, when religious fervor was a major part of the American landscape, but he was still a man who in his own way communed with God.

Naturally, as a rabbi, I often view Lincoln’s religiosity through a Jewish lens. I often tell my children that if they want to read a volume of Mussar — a book about ethical and proper behavior — read a biography of Lincoln. His was an exalted personality serving a profound ethical purpose, with his great moral crusade wedded to a strategic and political genius that enabled him to successfully prosecute a war, win reelection and preserve the Union, while never veering from deploring the evils of slavery.

As our prophets did, Lincoln recognized the power of words. He used words to challenge evil and to promote the good, to raise the spirits of a war-weary nation, and to ennoble Americans even as he made clear that an ennobled America could never again include slavery within its borders. His speeches, with their biblical cadence, called on the nation to live up to its highest ideals, to “the better angels of our nature.”

Lincoln’s magnificent Second Inaugural — “With malice toward none, with charity for all, with firmness in the right as God gives us to see the right” — is a profoundly religious document. The Second Inaugural saw the terrible carnage of the Civil War as Divine retribution for the evils of slavery. “Fondly do we hope, fervently do we pray, that this mighty scourge of war may speedily pass away,” he said. “Yet, if God wills that it continue until all the wealth piled by the bondsman’s two hundred and fifty years of unrequited toil shall be sunk, and until every drop of blood drawn with the lash shall be paid by another drawn with the sword, as was said three thousand years ago, so still it must be said ‘the judgments of the Lord are true and righteous altogether.’”

The Gettysburg Address, in which he reaffirmed the Declaration of Independence’s charge that “all men are created equal,” reflects the Jewish concept that humanity is created B’tzelem Elokim, in the image of God. It was this notion, in Lincoln’s thinking, that is “the father of all moral principle.”

Lincoln was recognized in his time as a man devoid of prejudice, a remarkable sentiment in an era when even many of those who opposed slavery saw the Negro as a subhuman, and many of those who supported emancipation were horrified at the thought of social equality for blacks. His abhorrence of discrimination extended, of course, to Jews as well. After General Ulyssees S. Grant issued his infamous General Order Number 11 banning Jewish merchants from the Tennessee military district, a delegation went to “Father Abraham,” who immediately revoked the bigoted decree.

The idea of equality for Lincoln though was no abstraction; it was a deeply felt religious impulse. As Lincoln wrote to two women from Tennessee petitioning for the release in 1864 of their Confederate husbands from prison, “You say that your husband is a religious man; tell him when you meet him, that I say that I am not much of a judge of religion, but that, in my opinion, the religion that sets men to rebel and fight against their government, because as they think that government does not sufficiently help some men to eat their bread on the sweat of other men’s faces, is not the sort of religion upon which people can get to heaven.”

Lincoln’s political genius was rooted in his morality and empathy. His notion of God and what he saw as the Divine teleology in history were sources of courage and balance for him in the darkest days. His sense of God fostered in him a great degree of humility, a belief that he did not control events but rather that events controlled him; that he was not the captain of the ship, but rather a sailor, dealing with whatever storms and waves were sent his way.

Like Lincoln, Barack Obama takes office in a time of almost unprecedented challenges for America. As Obama places his hand upon Lincoln’s Bible, let him be inspired by the spirit of Lincoln — his decency and his wisdom, his eloquence and his humility. May our next president, following Lincoln’s example, always be true to the high standards that he has set for his administration and the nation. “I desire to conduct the affairs of this administration,” Lincoln said, “that if in the end, when I lay down the reins of power, I have lost every friend on earth, I shall have at least one friend left, and that friend shall be down inside me.”