Two Mideast Democracies, Side by Side 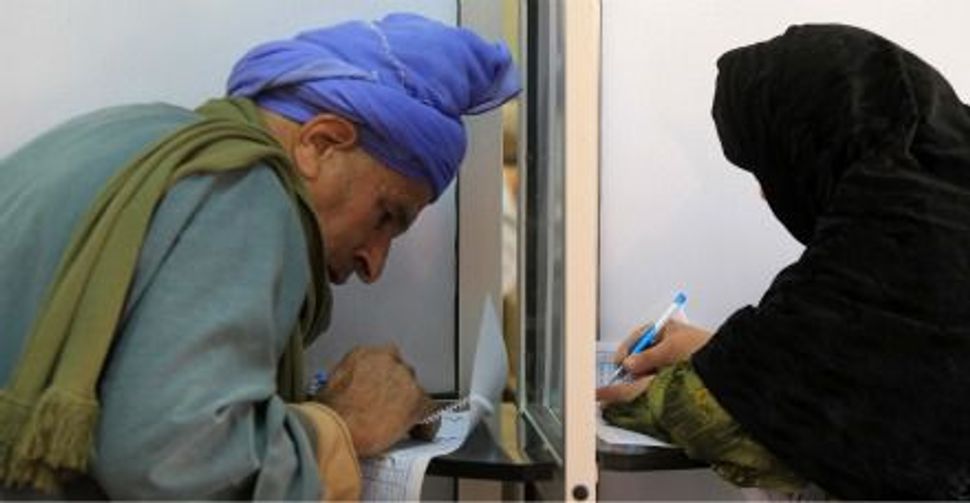 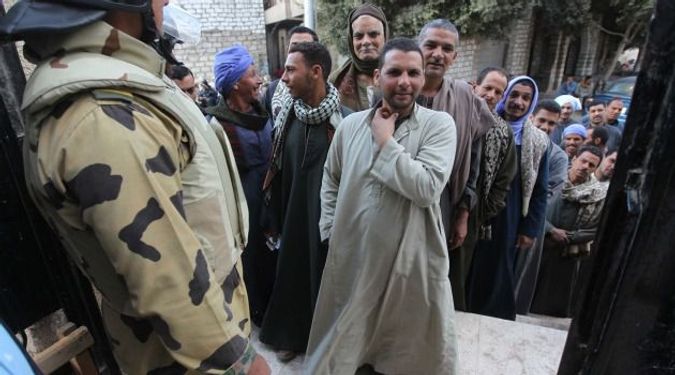 Lining Up for Change: Egypt now has a democracy. That?s good for Israel, even if there are bumps in the road. Image by getty images

Advocates of democracy in the Middle East have been deeply alarmed since December 29, when Egyptian security forces staged lightning raids on the offices of three American nonprofits that work to promote democracy and fair elections overseas. Egyptian officials say they seized the organizations’ books and computers because they suspect them of fomenting the unrest that led to the overthrow of the Mubarak dictatorship last year and the imposing of Egypt’s first open, democratic election, which the army has pledged to support after it’s done arresting the people who started it.

In defense of the three organizations, sources in Washington point out that they’re not that good. If Washington had wanted to bring democracy to Egypt, it would have done so the old-fashioned way, by sending the 101st Airborne.

Egypt’s Justice Ministry said it needs to determine where the organizations receive their funding, since political meddling by foreign governments is illegal. According to their websites, two of the three organizations, the National Democratic Institute and the International Republican Institute, receive their funding from Congress. The third, Freedom House, receives only part of its funding from the federal government. The rest comes from private donations and grants from the Irish, Dutch, Norwegian and British governments as well as from the European Union and the United Nations.

The events point to the stark difference between Egypt, which lacks any tradition of democracy, and Israel, the Middle East’s only functioning democracy. In Israel, non-profits suspected of receiving foreign government funding are asked politely to hand over their books, rather than having them seized in police raids.

More important, Israeli officials are working to restrict foreign government funding of nonprofits that operate under the banner of human rights but actually work toward “influencing political debates” or the “policies of the state of Israel,” in the words of the NGO legislation’s original author, Likud lawmaker Ophir Akunis.

By contrast, Egypt is stifling NGOs that are perfectly open about their goals. The National Democratic Institute, the largest of the congressionally funded groups, said in a statement quoted by Fox News on January 2 that it has been operating in Egypt since 2005, “in an open and transparent manner, working to assist the efforts of political parties and civic organizations.”

It should be pointed out, too, that some Israeli NGOs have been receiving money from France. I don’t think I need to explain what that means.

Democracy in the Arab Middle East has been on an uncertain trajectory since the so-called Arab Spring began one year ago. On February 2, the day after Egypt’s Mubarak announced that he wouldn’t seek re-election, Israeli Prime Minister Benjamin Netanyahu told the Knesset that a democratic Egypt “would never be a threat to peace. On the contrary, if we have learned anything from modern history, it is that the stronger the foundations of democracy, the stronger the foundations of peace.”

“For over 30 years we have enjoyed peace on two fronts,” namely the borders with Egypt and Jordan, Netanyahu said. One front was a quasi-military dictatorship, the other an absolute monarchy, so it’s unclear how that proved his point, but he seemed pretty sure of himself. In any case, he went on to say that Israelis should approach the Egyptian revolution cautiously, since it could turn sour if Iran managed to control it.

He was sounding a good deal more upbeat in an online town hall in July. “If the Arab spring materializes into real democracy the problem of peace will be resolved,” he cheerily told a questioner.

That didn’t last. In late November, as it became clear that the Muslim Brotherhood was poised to win the upcoming elections, Netanyahu addressed the Knesset again and slammed “naïve” Western leaders, especially President Obama, who had pushed Mubarak to resign. They hadn’t listened, he said, when he warned that the Arab Spring would turn “Islamic, anti-Western, anti-liberal, anti-Israeli and anti-democratic.”

History is a funny thing. It was Netanyahu more than anyone who put Arab democracy on the international agenda with his acclaimed 1993 book, “A Place Among the Nations.” Perhaps his most influential point was identifying “the main problem of achieving peace in the Middle East”: that “except for Israel, there are no democracies.” (Accent in the original.) The idea is drawn from Immanuel Kant, who wrote that democracies don’t make war against each other in 1795, just before France and England went to war.

Netanyahu has made the point repeatedly over the years, with varying results. His close ally Natan Sharansky elaborated on it in his 2004 “The Case for Democracy,” which George W. Bush called “a great book” and a personal inspiration.

It was Bush, of course, who decided to put the theory into action, first democratizing Iraq at gunpoint in 2003, then forcing Israel to permit elections in the West Bank and Gaza in 2006. I’m betting Netanyahu advanced the theory as a debating point. He probably never expected that anyone would be crazy to try it. Maybe that’s what he meant about the West not learning from history.

Well, the Netanyahu-Sharansky-Bush democracy bug has spread. Now Israelis have a genuine, multi-party parliamentary democracy next door, and they’re terrified. Fortunately, the army is still in control, and it’s committed to maintaining the peace treaty with Israel despite the Islamist surge. All the leading candidates in next June’s presidential election have said the same. So has the second-largest party in parliament, the ultra-radical Salafi Islamist Al-Nour party.

The other day, though, a deputy leader of the largest party, the Muslim Brotherhood, said the treaty might be put to a referendum and that the Brotherhood would “never” recognize Israel. The consensus in Israel is that he is the true face of the new Egypt. It seems peace was secure while Egypt was a dictatorship, but democracy is fickle — just as Netanyahu warned (after he was done warning the opposite).

In any case, it’s enlightening after all the soothing words from other Egyptian leaders to hear what’s-his-name from the Brotherhood tell us the truth.

Again, compare this with Israeli democracy. In September 2010, Israel’s foreign minister, Avigdor Lieberman, told the United Nations General Assembly there was no chance of Israeli-Palestinian peace in this generation. Netanyahu’s policy, of course, is that peace is possible if only the Palestinians will sit down and talk, but his aides dismissed Lieberman’s speech as “not coordinated” with the prime minister. Apparently he was addressing the U.N. in his personal capacity, not as an Israeli official. That’s the glory of Israeli democracy. Everyone can speak his mind.

Two Mideast Democracies, Side by Side