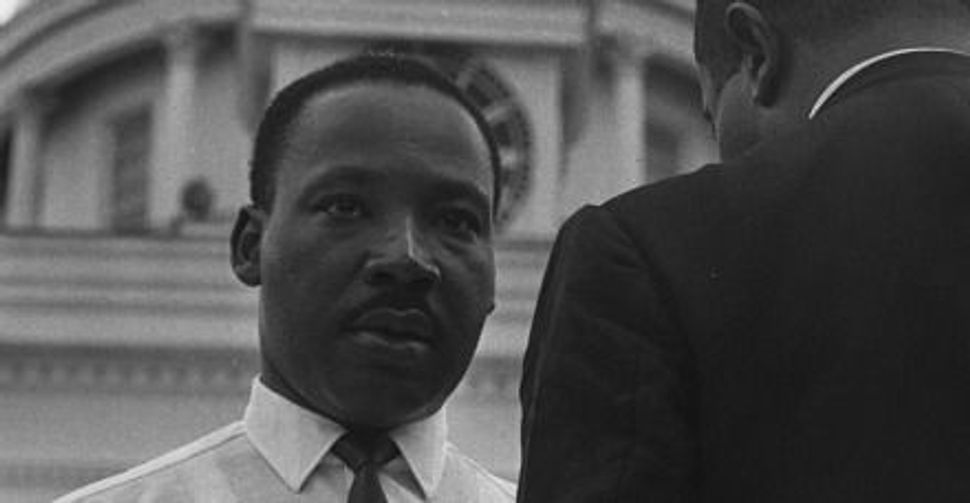 Had he lived, Martin Luther King Jr. would have turned 83 on January 15. Where would his career have led had he not been murdered in Memphis in April 1968? We can never know. He was just 39 when he died. That was 44 years ago.

We know this, however: He had already succeeded in transforming this country as few had done before him, and he was only getting started. He’d summoned a vision of a better America and made others see it. He’d told us of a country where justice and righteousness flowed like a mighty stream. He walked the first mile with us. Then he was gone, and we were left lost and wandering.

King had a vision for the next part of the journey. He tried to show us near the end, but there wasn’t time. That was the meaning of his last crusade.

King went to Memphis to join a five-week-old strike by city sanitation workers. They called for a 40-cent wage increase, a lunch break, improved safety and the right to be represented by a union. The mayor refused to negotiate. The striking sanitation workers were all black, the city leadership all white. The entire nation was watching.

Local labor and civil rights leaders were torn between mobilizing a civil rights crusade around the workers, perhaps risking white unionists’ support, or organizing a classic union drive and dissipating black solidarity. No one could square the circle. Then King was invited to town.

This was King’s next crusade: bringing together white and black to fight for economic justice. For years he’d spoken of a nation that offered justice for all, but listeners too often thought he meant more for blacks and less for whites. Now it was time to transcend color. Before Memphis, he’d been trying to organize poor people. He’d learned how deep the suspicions ran and how long a journey lay ahead.

Coming to Memphis he spoke of a movement that couldn’t be stopped, of a nation that can and must feed its children. Even if he were murdered, as some were threatening, “it really doesn’t matter now,” he said, “because I’ve been to the mountaintop and I’ve seen the promised land.” But it did matter. After King’s death, the disparate groups he’d hoped to unite fell to squabbling like tribes in the desert.

Only now, after wandering for 40 years, are we beginning to see what King tried to show us about feeding the hungry and paying an honest wage. Perhaps now, on his 83rd birthday, we can honor his life by resuming the journey.