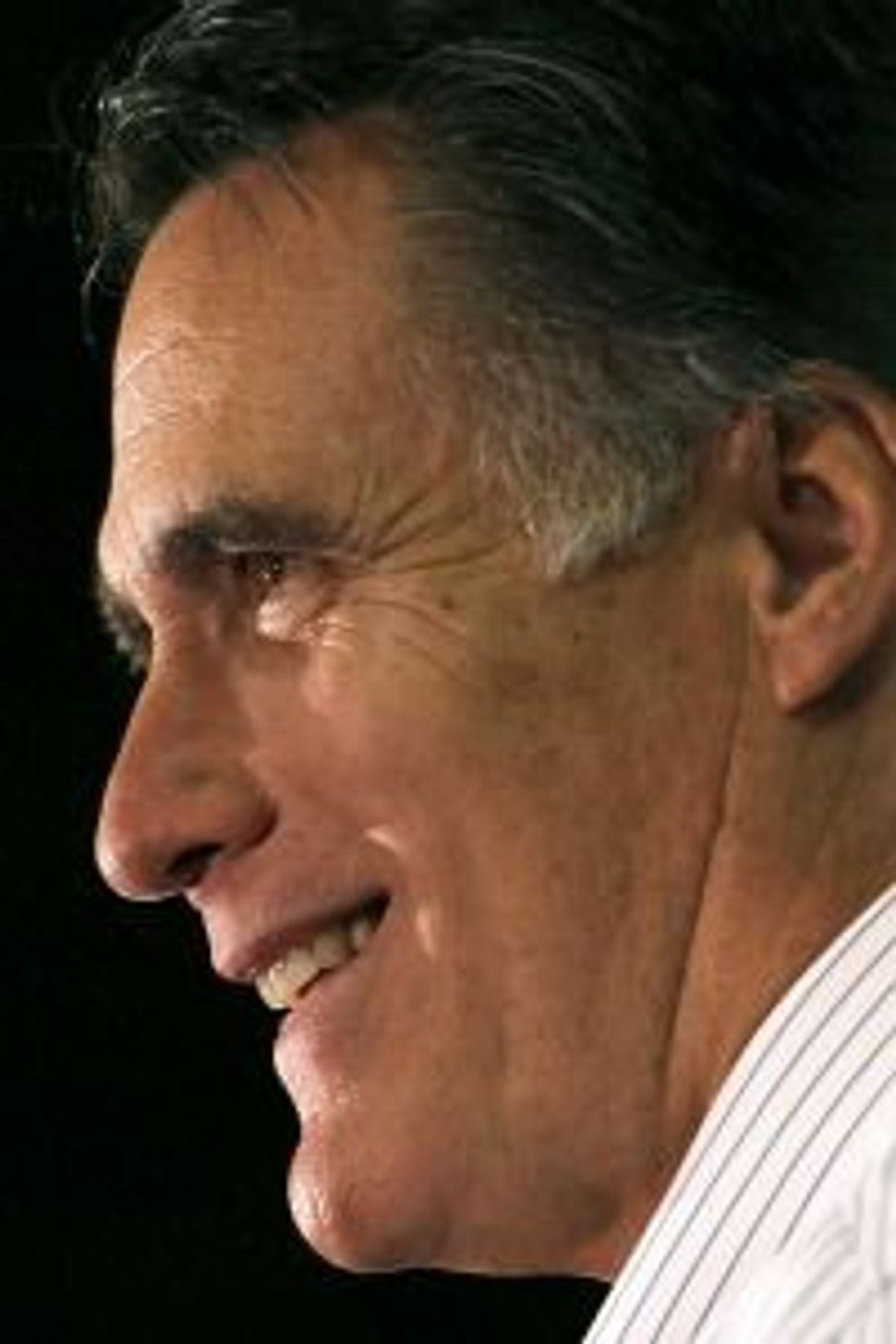 Republicans talked tough on Iran in the lead-up to today’s New Hampshire primary, but it wasn’t Jewish voters they were hoping to impress.

At the January 7 Republican presidential debate, Rick Santorum called Iran “the most pressing issue we deal with today.” Frontrunner Mitt Romney accused President Obama of failing to demonstrate to the Iranians a willingness to use military force to prevent them from building a nuclear arsenal.

And the candidates don’t seem to be going out of their way to appeal to the few Jewish voters as they campaign for the January 10 New Hampshire primaries, the first actual traditional secret ballot votes in the 2012 cycle.

“I haven’t heard of one [Republican campaign] event in New Hampshire that was specifically geared to the Jewish community,” said Jeff Fladen, the executive director of the Jewish Federation of New Hampshire. “Not one.”

Santorum, who battled Romney to a dead heat in the Iowa caucuses last week, has little hope of winning in New Hampshire. Romney, who is known from his days as governor of neighboring Massachusetts, holds a healthy lead in the polls, with Ron Paul a clear second and Jon Huntsman and Santorum in a tight race for third.

According to Marc Gilman, a Bedford, N.H. resident and a member of the Republican Jewish Coalition, most Jews in the state support Romney.

“We seem to be of the more moderate type,” Gilman said. “I haven’t seen a big group of moderate Republican Jews go to Santorum or Paul.”

Gilman, himself a Romney supporter, estimated that about a fifth of the state’s Jews are Republican. That would amount roughly 2,000 people, only some of whom would be actual primary voters. New Hampshire’s secretary of state has predicted that a quarter of a million voters will take part in the January 10 primary.

While Republican Jews aren’t being courted by the campaigns in New Hampshire, January 10 is still a big day for all Granite State residents, Jewish or not.

“We get excited every four years here,” Gilman said.